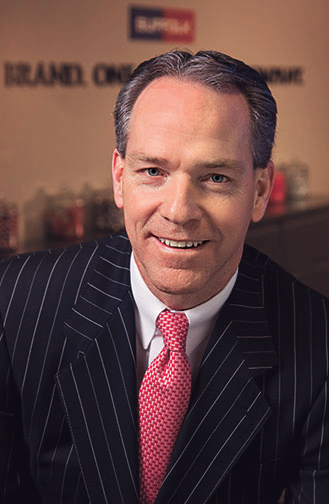 John Fish, chairman and CEO of Suffolk, one of the largest construction companies in the country, was named chair of the Brigham Health Board of Trustees on Jan. 17.

Fish has been an ardent, active supporter of Brigham Health for more than a decade. In addition to being a trustee, he was campaign cabinet chair of the Life.Giving.Breakthroughs. fundraising program. Under his stewardship, the campaign surpassed its original goal – two years ahead of schedule – and set a new target of $1.5 billion last year. He also serves as a member of the Ann Romney Center for Neurologic Diseases Advisory Board.

Throughout his career, Fish has served on numerous boards focused on improving the economy and raising the competitiveness of the Northeast. In addition, he and his wife, Cyndy, are dedicated philanthropists. In honor of their gifts to advance surgical and medical education across Brigham Health, they were inducted into The Luminary Society.

Fish succeeds former chair Scott Sperling, who transitioned to become chair of the Board of Directors at Partners HealthCare.

“I am certain that John’s abiding commitment and passion and leadership will build on Scott’s work in advancing our precious mission,” said Brigham Health President Betsy Nabel, MD.

Fish obtained his bachelor’s degree in political science from Bowdoin College in Brunswick, Maine. He was conferred an honorary doctorate of engineering technology from Wentworth Institute of Technology, as well as an honorary degree from Regis College.