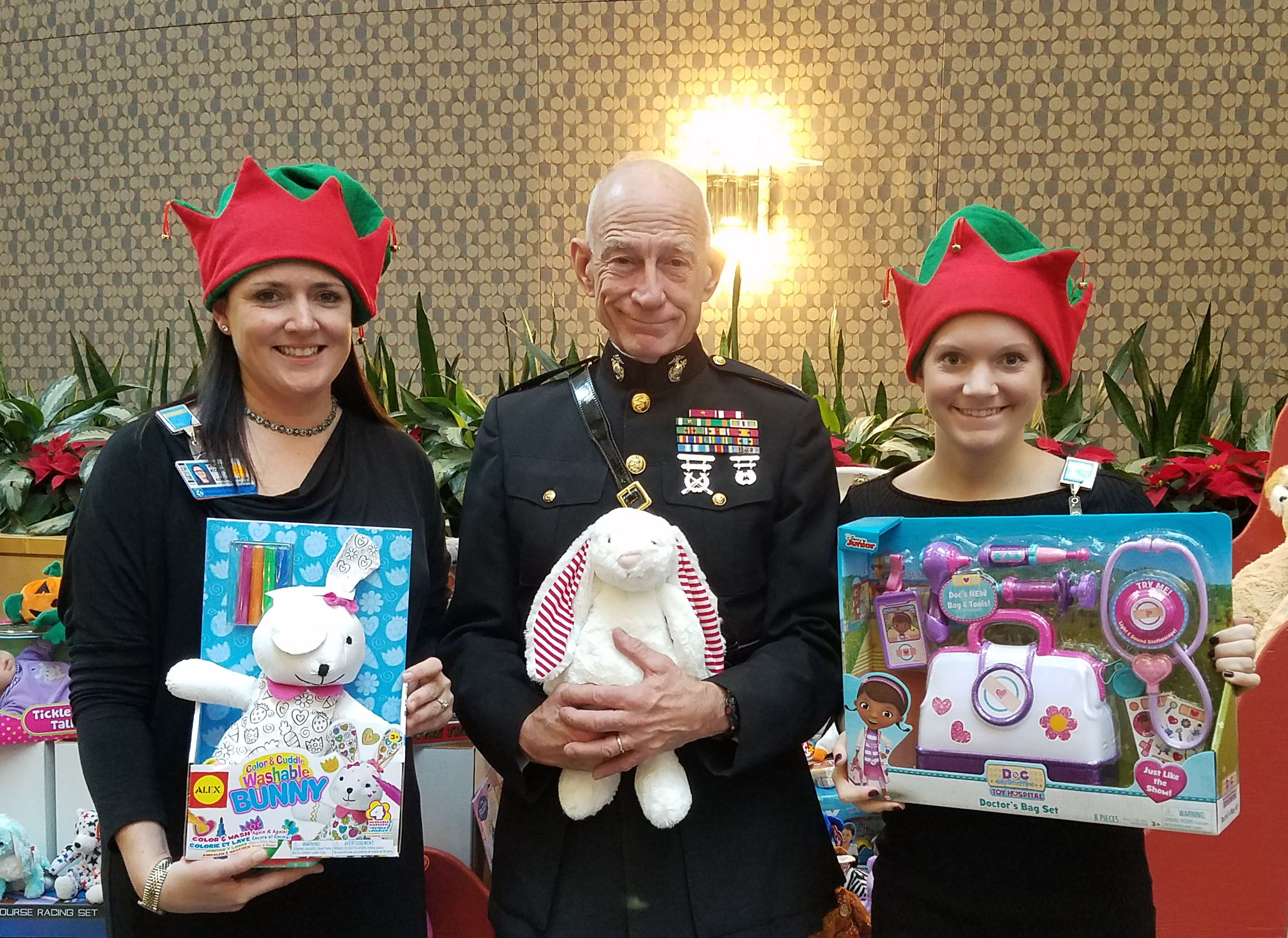 The holiday spirit was in the air last week during BWH’s annual Toys for Tots drive. In just three days, the Brigham collected more than 1,000 toys and $1,400 in cash and check donations, thanks to the generosity of staff, patients and visitors.

The drive has become a Brigham tradition – one upheld by retired U.S. Marine Col. Bob Donaghue, former operations manager for BWH Security and Parking, along with the help of a team of volunteers, for 12 years.

Led by the U.S. Marine Corp. Reserve, the national Toys for Tots drive began in 1946 and has since grown exponentially. Last year, 18 million toys were collected and donated to 13 million families nationwide.

“Marines are more sentimental than you would imagine, and knowing there are children who don’t have toys makes many Marines feel like crying,” said Donaghue, who wears his Marine Corps dress uniform every year during the Brigham toy drive. “So, instead of crying, we collect toys.” 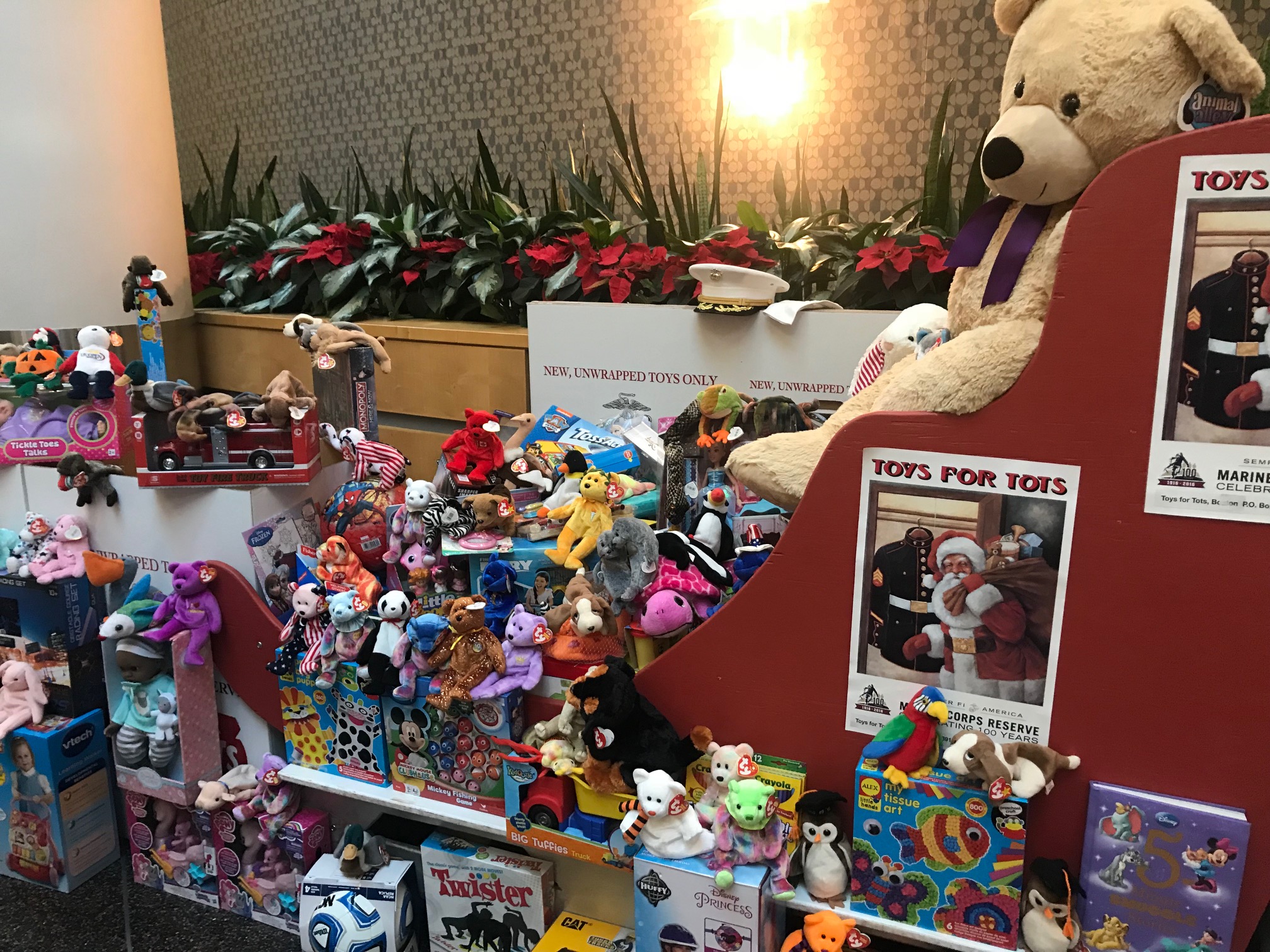 Donations fill a red sleigh in the lobby at 75 Francis St. By the end of this year’s drive, it overflowed with a variety of colorful toys, including board games, soccer balls and dolls. One hundred Beanie Babies – donated by Ron M. Walls, MD, Brigham Health executive vice president and chief operating officer – lined nearly every surface.

“I donated because it was an easy way to put a smile on a child’s face,” said Nancy Toscano, a medical technologist in the Department of Pathology who donated a Star Wars action figure and a children’s toy tool set.

Once the drive ends each year, Donaghue packs the donated toys into boxes and delivers them to the local U.S. Marine Corps Reserve Toys for Tots Program. He uses the cash and check donations to purchase more toys that are also donated to Toys for Tots.

One donation box has been left at Pat’s Place restaurant at 15 Francis St. until Friday, Dec. 22, for those who would still like to contribute. These donations will be given to children in need from the local community.

For more information about the Greater Boston Toys for Tots drive or to make a monetary donation, visit boston-ma.toysfortots.org.