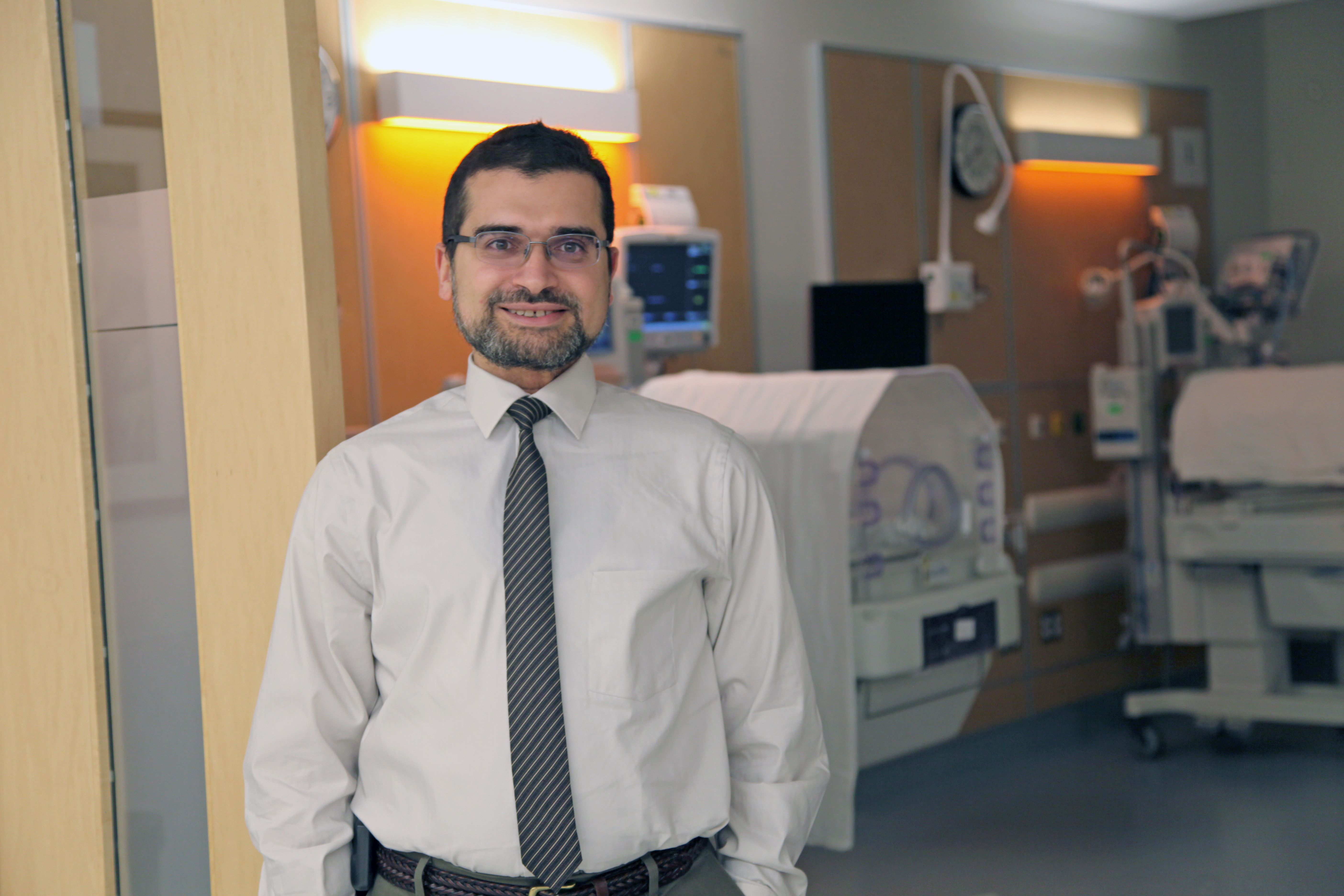 Umbilical cords are, literally, the lifeline for babies in the womb. One BWH physician-scientist is hopeful that they also contain blood cells that can be given back a baby to reverse – not just stop – some forms of brain injury occurring at birth.

When infants’ brains don’t receive enough oxygen and/or blood, a condition known as hypoxic ischemic encephalopathy, it can lead to developmental issues that might not present until later in life. The current standard of care is to use cooling blankets, which safely lower the baby’s body temperature to 33.5 degrees Celsius (92.3 degrees Fahrenheit). While effective at preventing further brain injury, the therapy cannot undo damage that has already been done.

Mohamed El-Dib, MD, director of Neonatal Critical Care in the Department of Pediatric Newborn Medicine, is the principal investigator at BWH for a multi-institutional clinical trial looking at whether infusing babies with their own umbilical cord blood can indeed reverse tissue damage in the brain.

Known as the BABYBAC II Study, the randomized trial builds on a smaller-scale 2014 study that demonstrated infusing infants with their own umbilical cord blood was safe and possibly effective. BWH is one of 10 enrollment centers around the U.S. participating in the current study, led by Duke University.

Babies enrolled in the study will receive the current standard of care in addition to an infusion of their own cord blood cells.

“We believe these cells are not just protecting the brain – they’re actually helping the brain repair and recover,” El-Dib said. “If this is shown to be effective, it means each baby is born with his or her own treatment to repair damaged brain tissue.”

A special characteristic of the Brigham’s participation is the importance of multidisciplinary collaboration, El-Dib said. He noted that clinical teams in Labor and Delivery and the NICU play essential roles in enrollment and collection. He also partners closely with staff from the Cord Blood Donation Program, jointly operated by BWH and Dana-Farber Cancer Institute (DFCI). Launched in 2009, the program has several dedicated cord blood collection specialists.

“Without having this level of teamwork and dedication, this trial would’ve been almost impossible to start up,” El-Dib said.

Babies in the study will be randomly assigned to receive an infusion with a concentrated or diluted amount of the specific cells, known as mononuclear cells, believed to be responsible for tissue repair. El-Dib noted that one challenge is the limited time window in which cord blood can be collected; it must happen minutes after birth.

Researchers will follow the babies’ health for one year, with the hope of seeing improved outcomes related to cognitive- and motor-skill development.