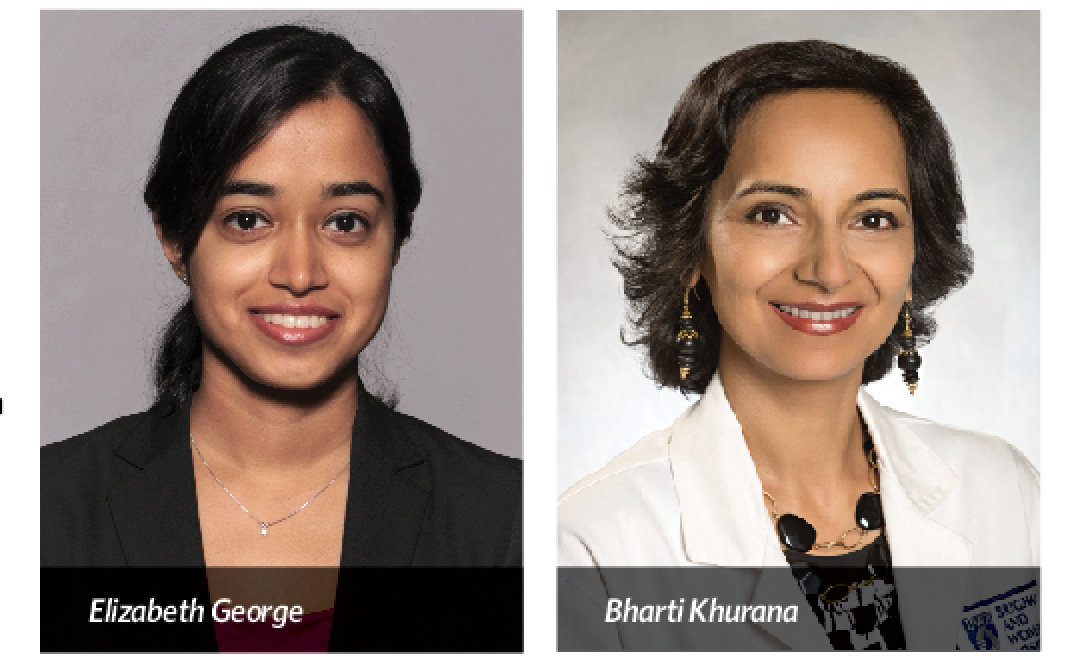 Radiology images can reveal critical clues not only about a patient’s current injuries, but also about patterns of violence a person may be experiencing. A recent study by BWH investigators reveals new ways that radiologists can be involved in the care of victims of intimate-partner violence.

Presenting their findings during the annual meeting of the Radiological Society of North America, the team found common clinical and radiologic patterns that could alert radiologists about potential intimate-partner violence. This knowledge can spark conversations with referring physicians and multidisciplinary care teams to get patients the help they need.

“We are recognizing new ways for radiologists to be involved in the care of victims of intimate-partner violence and that there might be more information available in the radiology images, which is evident only when we are cognizant of the subtle patterns of injury,” said Radiology resident Elizabeth George, MD. “We, as radiologists, should work closely with referring physicians and can often put the pieces together as an unbiased witness.”

The case that inspired the principal investigator Bharti Khurana, MD, involved a young woman who arrived at BWH’s Emergency Department (ED) with a nasal fracture that appeared to be next to another old, healed fracture. While going through prior studies of the patient on the hospital’s picture archiving and communication system, Khurana also came across a recent wrist fracture. This pattern of recurrent injury raised suspicion for intimate-partner violence, a finding the referring physician initially had not considered.

“This also led us to connect with Hanni Stoklosa, MD, and Annie Lewis-O’Connor, PhD, MPH, NP, who were already working on the clinical and social aspects of this issue,” said Khurana, program director of the Emergency Radiology Fellowship at BWH. “We then went on to design this research study to objectively assess the clinical and radiologic findings in this population.”

The study analyzed information from 185 patients who were seen in the Brigham’s ED and referred to the hospital’s Intimate Partner Violence support program. The research team evaluated information about the patients’ demographics, clinical presentation and history and imaging findings over the past five years.

The team found that 81.6 percent of patients had a prior history of abuse, including physical, emotional or sexual abuse. Most had received radiologic examinations in the past.

Common patterns of injury emerged. These included facial fractures, soft tissue injuries (swelling, hematoma or contusion) and extremity fractures, often involving the upper body, suggesting patients were injured while trying to defend themselves during an assault.

The team also identified that patients often presented with physical or psychologic symptoms that were not directly related to the abuse. Patients in the study were more likely to be homeless, while the sexual assault victims often suffered from illicit drug use.

“Images do not lie and can sometimes tell us more than the patient in this situation,” said Khurana. “In the emergency room setting, the priority is to identify acute issues, so old fractures or fracture-related deformities may not be given sufficient importance in that moment. But these may be pivotal in making the diagnosis of intimate-partner violence. We need further research to establish the accuracy of imaging patterns in these victims; however, I am hopeful that we, as radiologists, are going to make invisible visible.”