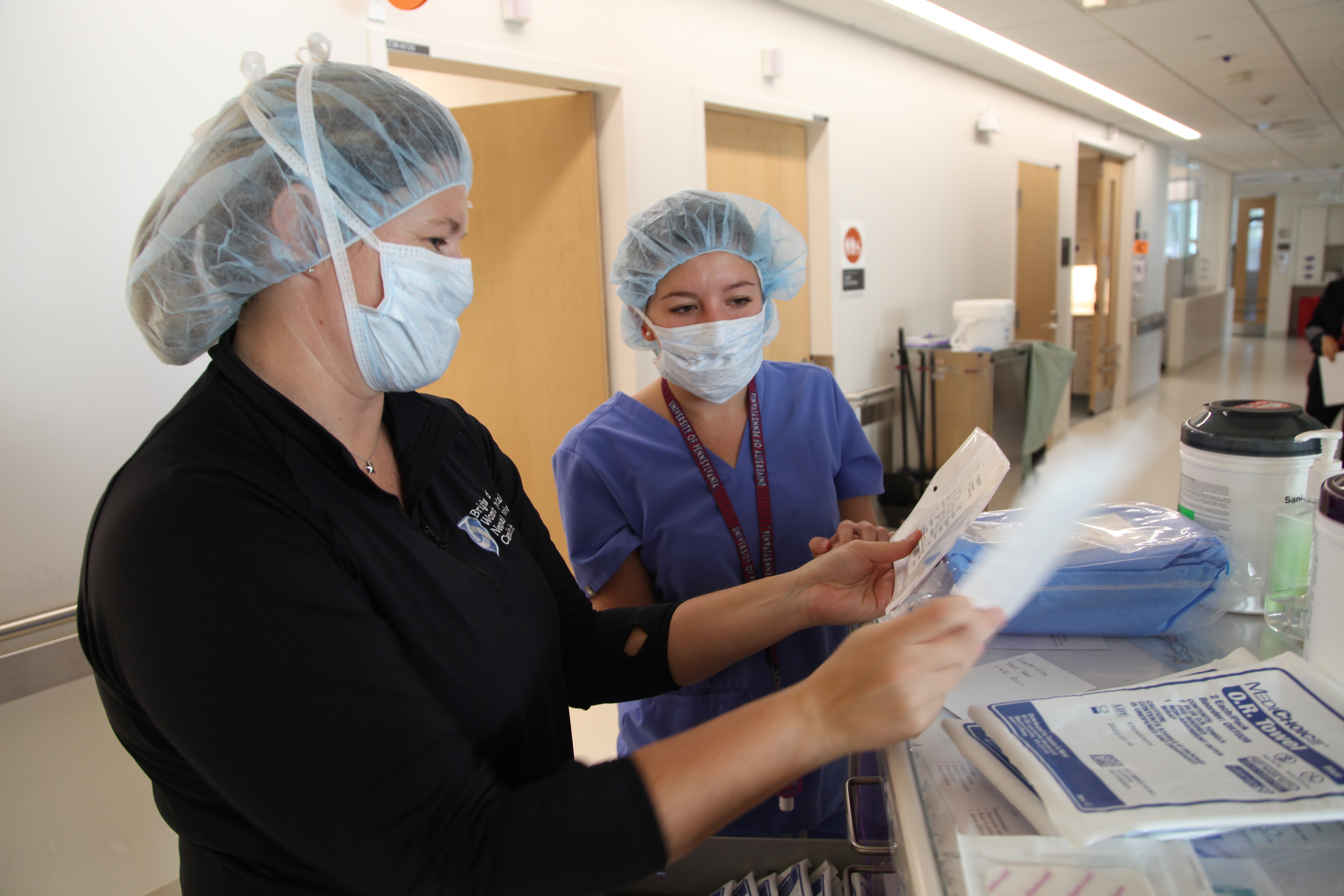 The Brigham’s Neonatal Intensive Care Unit (NICU) recently marked 365 days without a central line-associated bloodstream infection (CLABSI) – a milestone Christina Meehan, MSN, RN, a clinical nurse educator in the NICU, said was made possible thanks to the hard work and collaboration among a large multidisciplinary team.

“From nurses and physicians to staff in Environmental Services, everyone who works in the NICU played an integral role in ensuring we do everything we can to prevent CLABSI cases,” Meehan said.

CLABSI is a serious bloodstream infection that occurs when germs enter the bloodstream through a central line, also known as a central venous catheter. The catheter is often used to draw blood or deliver fluids and medications to patients. Newborns are most susceptible to CLABSI due to their developmentally immature immune systems, putting them at significant risk for infection, said Meehan.

In 2015, Nneka Nzegwu, DO, a neonatologist in Pediatric Newborn Medicine, observed an increase in the number of babies in the NICU with central lines who were developing infections. Following that, an interdisciplinary team was created to better understand – and then eliminate – the factors contributing to the increase in these infections.

Nzegwu co-led the Getting to Zero! CLABSI Prevention team with Meehan. With support from departmental and hospital leadership, the group implemented several changes that contributed to the elimination of central line infections in the NICU. Among these changes was the creation of a stop-sign image that is placed outside of a patient’s room whenever staff place or change central lines. The sign informs staff, families and visitors that a sterile procedure is in progress and to wait until the procedure is completed before entering.

The team also began reinforcing the importance of following proper hand hygiene before, during and after patient care. Signage has been posted throughout the unit to remind staff, families and visitors to wash their hands according to those guidelines.

NICU staff also attended multidisciplinary workshops last fall hosted by the team, which incorporated training videos for staff that depicted various clinical scenarios, including how to properly perform hand hygiene and sterile tubing line changes. They also demonstrated collegial ways to approach someone who had not performed hand hygiene and was attempting to touch a patient.

The NICU held a celebration for staff this month to thank them for reaching the recent milestone and for their continued efforts. “We are all in this together,” Nzegwu said. “We are committed to a culture of safety, for the protection and care of our tiniest and most vulnerable patients. To be CLABSI-free for one year is the result of dedication, hard work and a sustained commitment to following evidence-based best practices.”

Fellow team member Adriana Cecchini, MSN, RN, of Infection Control, worked closely with NICU staff on CLABSI education initiatives. She said the work that has been accomplished in the NICU is a model for other areas of the hospital and health care institutions around the country to follow.

Suzanne Fernandes, MSN, RN, nurse director of the Special Care Nursery in the NICU, commended the team for its dedication and commitment to keeping infants safe.

“This accomplishment is so much more than just a number,” Fernandes said. “The work completed to date speaks to the level of professionalism of the whole team. Everyone had a critical role to play in our success.”