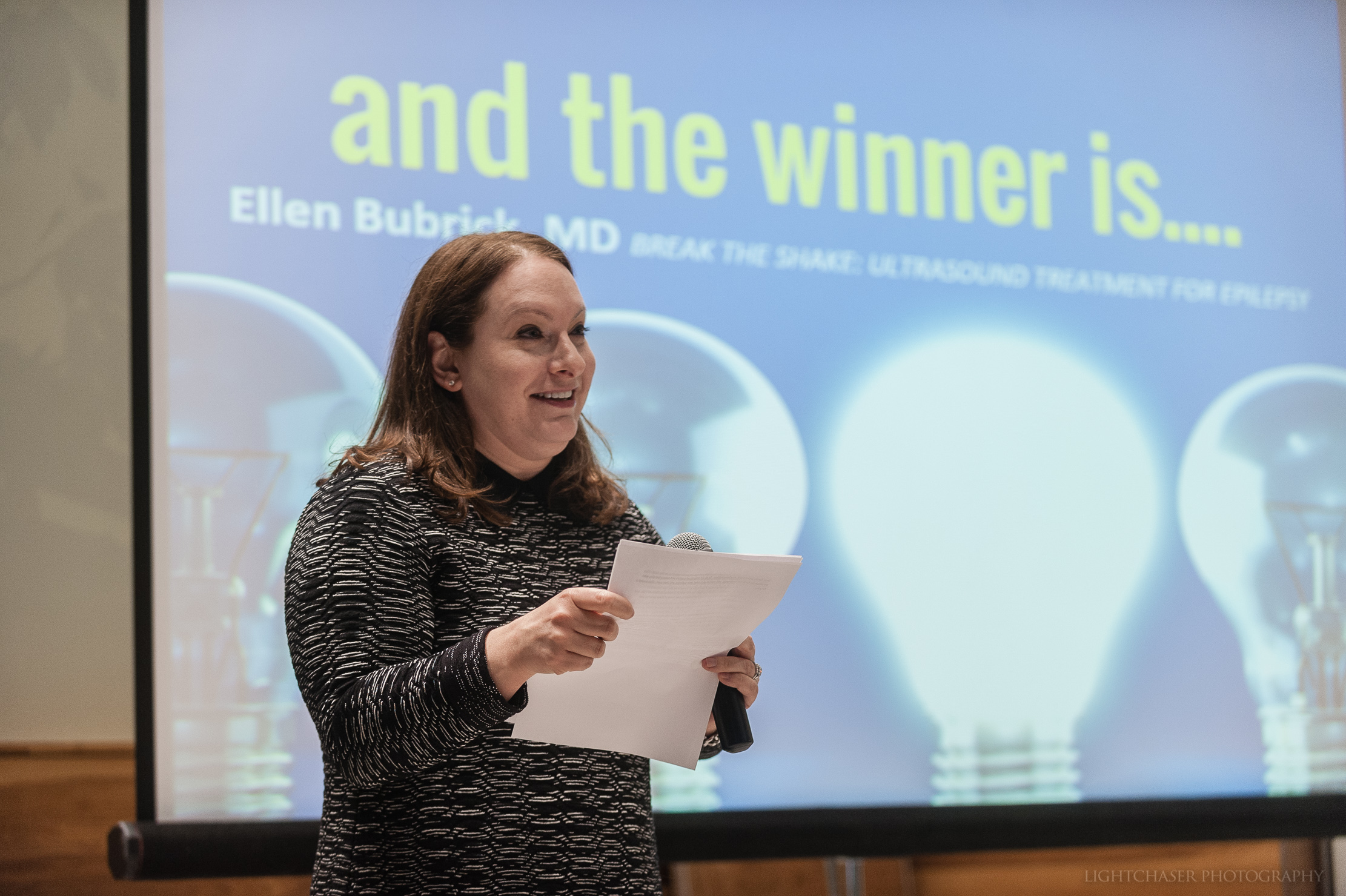 Investigators from across the Brigham were honored with several awards from the Brigham Research Institute (BRI).

Ellen Bubrick, MD, of the Department of Neurology, was selected by a public vote as the winner of the 6th annual BRIght Futures Prize, a $100,000 award, for her project, “Break the Shake: Ultrasound Treatment for Epilepsy.”

Having an opportunity during the voting period to raise awareness about epilepsy – a disorder of recurrent seizures with few effective treatment options– was as rewarding as the prize itself, Bubrick said. In addition to the disorder’s effect on the body, epilepsy often causes patients to suffer from depression and anxiety.

Inspired by the resilience of those living with epilepsy, Bubrick dedicated the prize to patients: “This award is for you,” she said.

This year marked the first that two winners were selected to split the BRI Director’s Transformative Award, conferring a $250,000 grant to each recipient. Principal investigators for the award-winning projects are:

Other honors announced during the ceremony included the Research Excellence Awards, a $1,000 prize given to 10 investigators for their outstanding contributions to research.