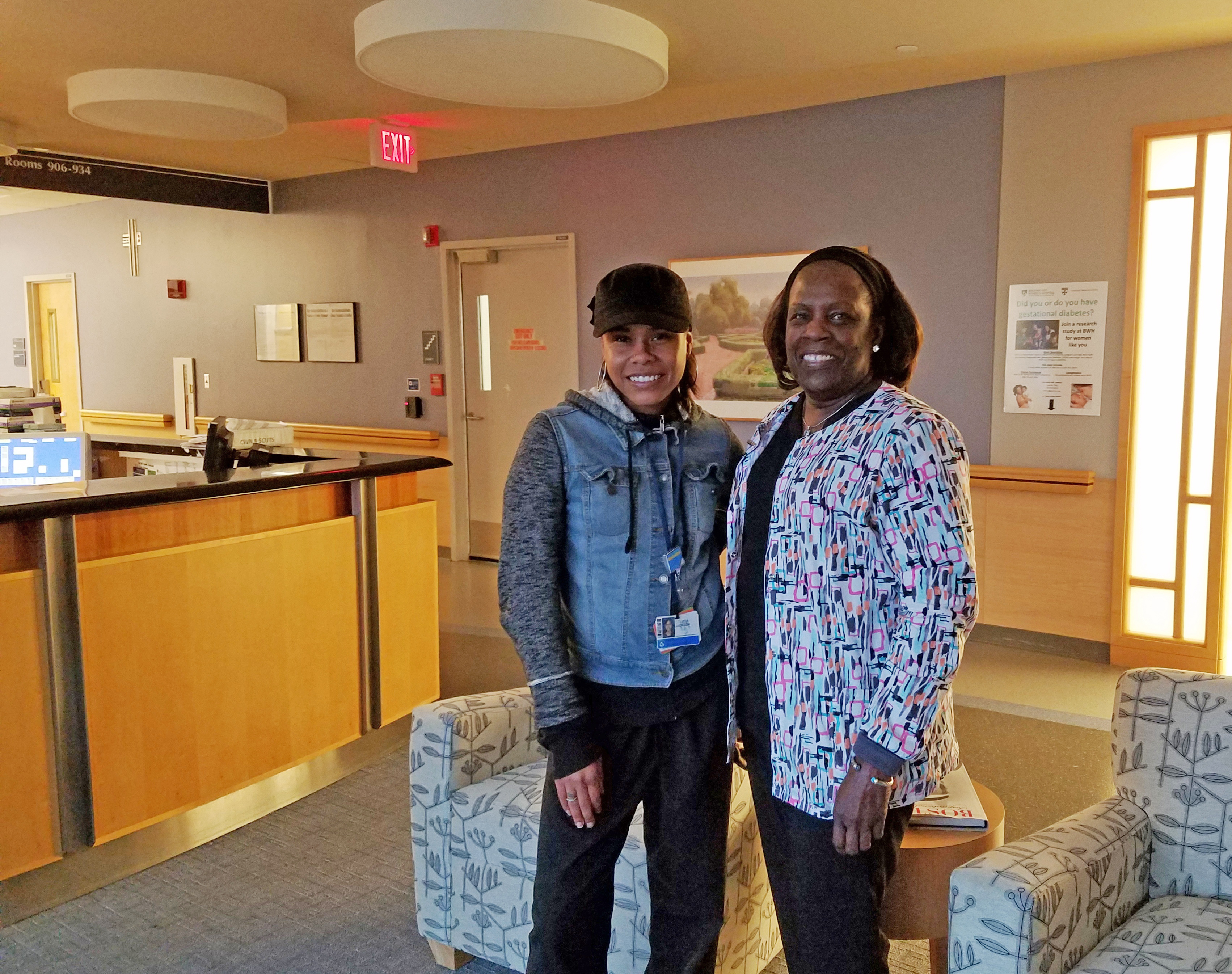 Cervita Jackson had a gut feeling something wasn’t right when an unscheduled visitor stepped out of the elevator on CWN 9 a few weeks ago.

Jackson, a unit coordinator who works the overnight shift, had received a call moments prior from the Security desk at the Mary Horrigan Connors Center for Women and Newborns (CWN). A female visitor arrived and claimed to have a work meeting on the unit, but Jackson looked at the clock and was immediately skeptical. It wasn’t even sunrise yet.

“We don’t usually have meetings at that time of day, and no one told me that there would be one then, so it seemed weird,” Jackson said.

Jackson instructed the Security officer to send the visitor up to the floor, explaining that she would meet the woman at the elevator and vet her story face to face. Jackson then texted the nurse-in-charge for that shift, Joyce Ferguson, RN, who also sensed something wasn’t adding up.

While their instincts were correct, fortunately there was no actual danger. The visitor was a role-player whom BWH Security had hired to help conduct a Code Pink drill. The goal of the exercise was to test whether an unauthorized person could gain access to a secure unit in CWN. At the Brigham, a Code Pink is activated when an infant is abducted or taken from a unit without authorization.

Thanks to Jackson and Ferguson’s awareness and subsequent intervention, the role-player was stopped before she could gain access to any patient rooms. Their actions show how significant a role frontline staff play in helping protect patients, families and employees, said Dave Corbin, director of BWH Police and Security.

“Trained, vigilant employees are one of the best layers of defense we have on our infant units,” Corbin said. “This was a great demonstration of how dedicated they are to keeping the unit secure. It’s a big kudos to the whole unit.”

‘We Have to be Alert’

When the role-player arrived on CWN 9, Jackson was waiting for her at the elevator doors. When asked more about whom she was visiting, the role-player provided a different story than what she had told the Security officer downstairs. Jackson then escorted her to meet Ferguson.

“If it’s someone I know should be here, I would just tell them where to find Joyce. But because I didn’t know her, wasn’t expecting her and she seemed suspicious, I walked her over and waited for Joyce to come,” Jackson said.

On the way to meet Ferguson, the role-player stopped to stare at infants in the nursery.

The experience reinforced to Jackson and Ferguson how vital it is for staff to always remain vigilant. They said everyone on their unit will stop and ask any person who’s not a known, authorized patient, family member or staff member on CWN 9 to explain why they’re on the floor.

“It’s automatic for us,” Jackson said. “We know we have to be alert.”

How Staff Can Protect Our Infants

While infant abductions are rare, it’s essential that all staff – even those outside of maternity units – report suspicious activity.