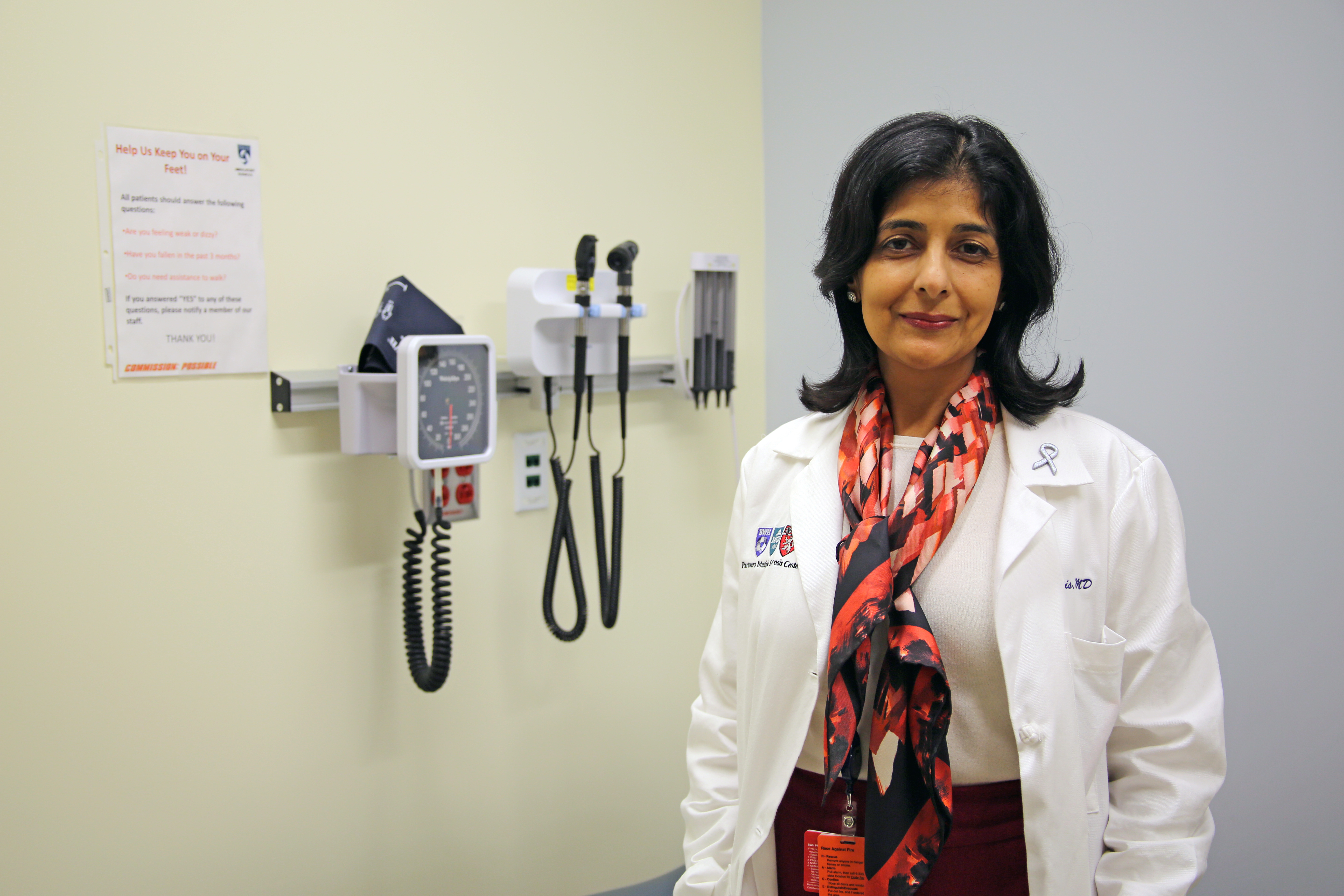 A first-of-its-kind clinical trial at the Brigham has shown that administering an oral multiple sclerosis (MS) drug to patients younger than 18 years of age is safe and 82 percent more effective than an injectable treatment that is the current standard of care.

Although multiple sclerosis is a disease that primarily affects adults, it’s estimated that up to 5 percent of patients with MS have a history of symptoms before age 18. Although some medications for adults are used “off-label” to treat these young patients, there are currently no drugs approved by the U.S. Food and Drug Administration (FDA) for treating MS in children.

Tanuja Chitnis, MD, a neurologist in the Ann Romney Center for Neurologic Diseases, led the international consortium of researchers who studied the MS drug fingolimod. The team found that the drug was even more effective at preventing relapse than the current standard of care, and prevented relapse better in this young patient population than it did in adults. Pediatric patients with MS are more likely to experience relapse than adults and can have cognitive issues, walking disabilities and other impairments.

“I’ve been working in this field for 15 years, and I believe this is going to change the treatment of this disease,” said Chitnis, who is also the medical director of the CLIMB Natural History study at the Partners MS Center and founding director of the Partners Pediatric MS Center at MassGeneral Hospital for Children. “There’s a growing awareness that children can have MS. We need clinical data on the relative efficacy, safety and tolerability of drugs that we use to treat adults in our pediatric population.”

The trial is the first randomized, clinical trial in pediatric MS. Known as the PARADIGMS trial, the two-year study included patients between ages 10 and 18 who had experienced a relapse of MS in the last year.

The team found that fingolimod reduced the annual relapse rate by 82 percent compared to those who received the current standard of care, an injection called interferon beta-1a. Additionally, the safety profile of the drug was like that seen in adults. As of now, fingolimod has not received FDA approval for pediatric use.

Chitnis also sees broader implications for early detection and treatment of MS. “Pediatric MS represents one of the earliest forms of the disease, or MS in its onset, and the high efficacy of this drug shows it may target an important mechanism for the initiation of MS,” said Chitnis.