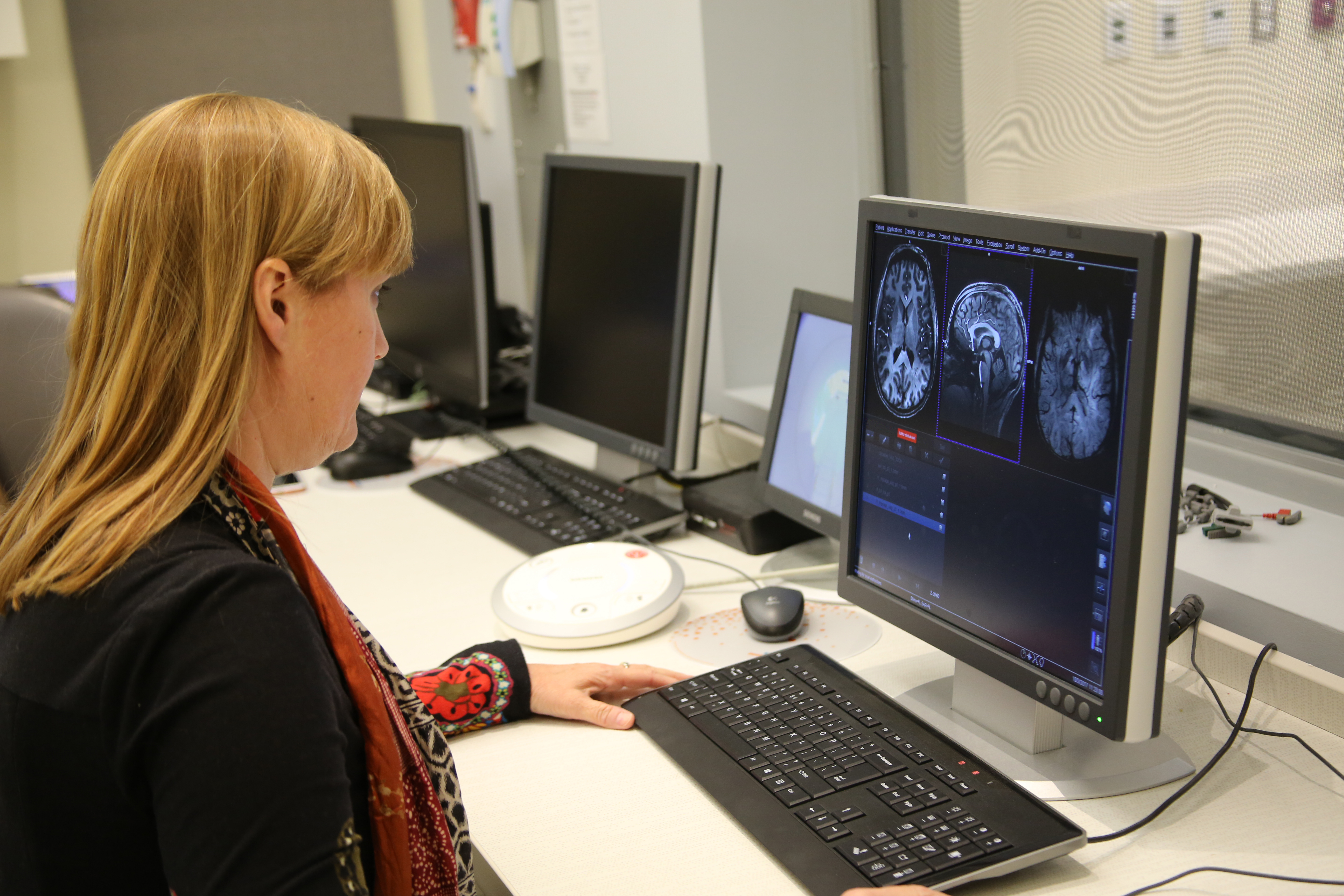 Vera Kimbrell views the results of a brain scan from the 7 Tesla MRI.

When the first test images from a brain scan performed by the Brigham’s new 7.0 Tesla (7T) MRI machine appeared on the monitor, the texture and details reminded Srinivasan Mukundan, MD, PhD, of the awe he felt in medical school looking at slices of brain tissue.

“Every time we have one of those quantum leaps in technology, it’s like seeing these images for the first time again,” said Mukundan, a neuroradiologist and medical director of Magnetic Resonance Imaging. “A lot of us went into this field because we love anatomy, and the image quality from the 7T makes it seem as though you’re looking directly at the brain.” 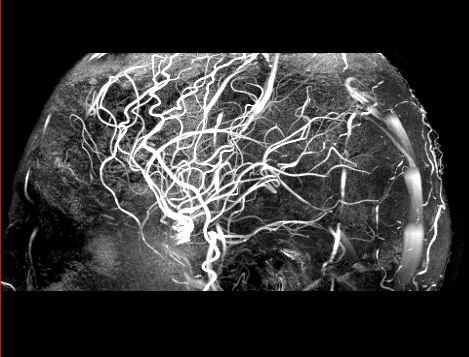 Delivered to the Building for Transformative Medicine (BTM) in May, the 7T is among the world’s most advanced MRI scanners. The device was granted approval for clinical use by the U.S. Food and Drug Administration in early October; state regulatory approval for clinical use is still pending. For now, the device can only be used for research purposes, such as clinical trials. If approved, the Brigham’s 7T will be the first in New England to be used in a clinical setting.

One of several advanced imaging devices in the BTM, the 7T joins a diverse fleet of MRI scanners across Brigham Health. It is highly specialized, currently equipped to perform only brain and knee scans. The BTM is home to the Neurosciences Center and the Orthopaedic and Arthritis Center, making the 7T’s location especially beneficial if the device is approved for clinical use.

Getting the 7T ready for primetime is no simple affair. Given the strength of its magnet – producing a magnetic field thousands of times greater than the Earth’s – the device took nearly two months to fully power up and calibrate, explained Steven Seltzer, MD, chair emeritus in the Department of Radiology.

The device’s initial images have come from a group of healthy volunteers – comprising mostly BWHers – who participated in brain and knee scans. Part of a finetuning process known as applications training, and approved by the Institutional Review Board of Partners HealthCare, these test scans have helped Brigham physicists and technologists to become familiar with the 7T and optimize its performance.

This training period has set the stage for the first research projects using the 7T, which are expected to launch in the coming weeks, Seltzer said.

“We were delighted that the first day of applications training that we saw pictures of the brain and knee that – right out of the box – met or exceeded our hopes for the kind of fidelity we could get out of this device,” Seltzer said. “The images it has produced were just beautiful, and it will only get better.”