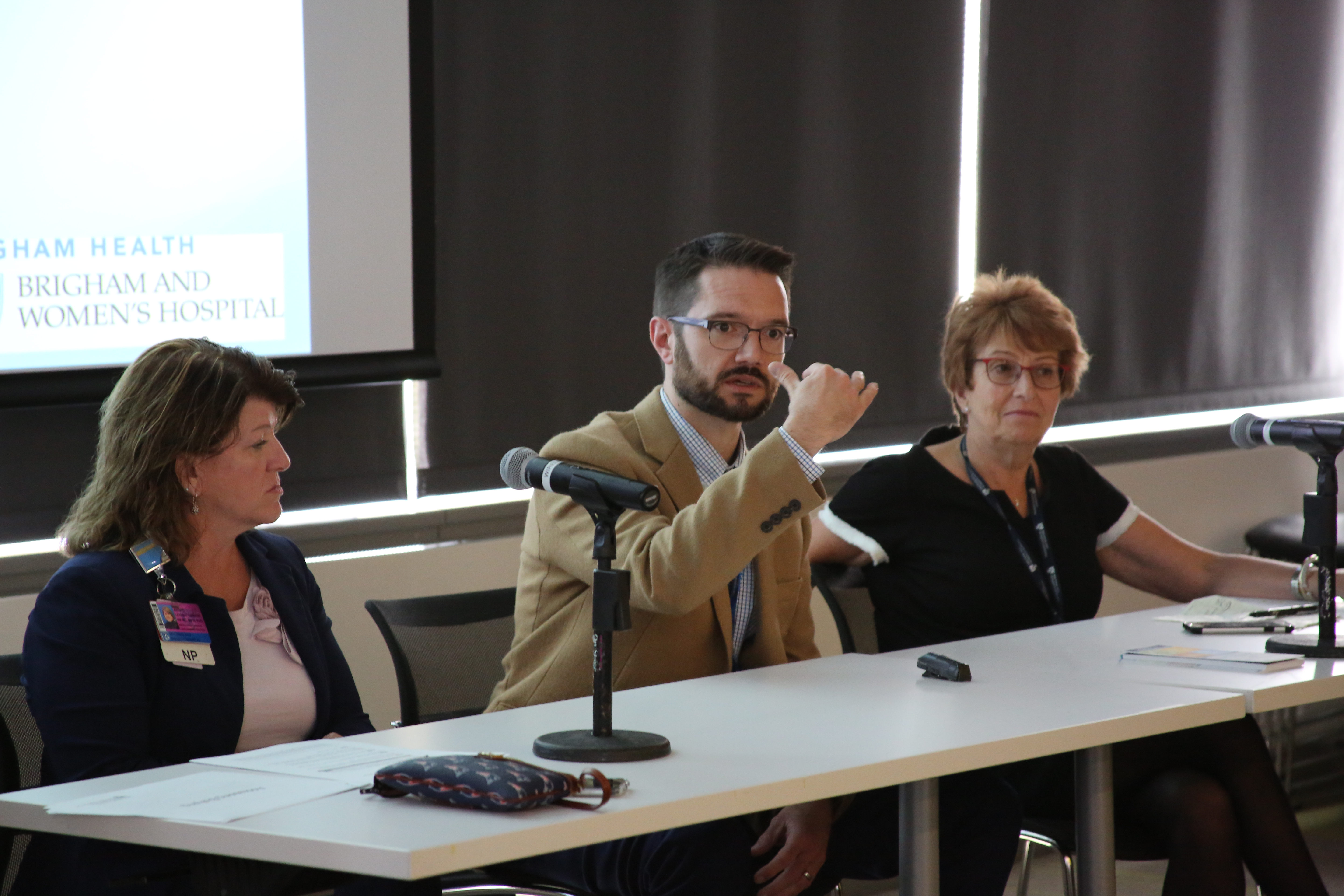 Workplace bullying takes many forms, but they all have one thing in common: Abusive behaviors contribute to a hostile work environment that can lead to physical, emotional and even professional harm for the targets of abuse, witnesses and the bullies themselves.

That is why bullying must be dealt with seriously and swiftly – especially in a setting where patient care is at stake – asserted speakers during a recent panel discussion, “Diversity and Inclusion Rounds: Workplace Bullying.”

“Bullying is symptomatic of a larger issue around inclusion and respect,” said Sabrina Williams, MBA, chief diversity and inclusion officer and interim vice president of Human Resources, who served as moderator for the Oct. 2 event.

The event follows a recent announcement to all staff, jointly signed by hospital leadership, condemning workplace bullying and kicking off an anti-bullying campaign.

Williams opened the discussion by sharing Human Resources’ definitions of four types of abusive conduct: workplace bullying, lateral violence, microaggressions and cyberbullying. Each represents a pattern of behavior, intentional or sometimes unintentional, that inflicts harm on an employee or group of employees through physical or verbal actions or via posts on social media sites.

“It could affect a whole unit or department – silently eating away at everyone, including bystanders.”

Maddy Pearson, MSN, MA, RN, NEA-BC, chief nursing officer and senior vice president of Patient Care Services, recalled how several staff members mentioned to her when she joined the Brigham earlier this year that bullying and intimidation have been a problem in some areas. In one instance, a care team member no longer felt safe voicing an opinion about patient care after having been repeatedly bullied by a colleague.

“That was a tipping point for me,” Pearson said. “That scenario is never OK.”

Identifying and Shutting Down Bullying

While some instances of bullying are easy to spot, others are subtle, speakers explained. Panelists Annie Lewis-O’Connor, PhD, NP-BC, MPH, founder and director of BWH’s Coordinated Approach to Recovery and Empowerment (C.A.R.E.) Clinic, and Henrietta Menco, LICSW, CEAP, quality manager of the Employee Assistance Program (EAP), used a role-play exercise to show how workplace bullying can unfold in less obvious ways.

Next, they explained and demonstrated a strategy for responding to bullying: Describe, Express, Suggest and Consequences (DESC). The conflict-resolution model uses direct, neutral language to express how the victim interpreted the situation, why it was problematic and an alternative way the exchange could have occurred.

“The person isn’t always open to the feedback, but it’s worth the effort to try,” said Leo Buckley Jr., executive director of Business Operations for Patient Care Services and Nursing, who attended the event. “Sometimes, when you call people out on this behavior, they’re awakened by it.”

Bystanders, who can also use the DESC model, should feel empowered to speak up on behalf of victims when they witness one colleague bullying another, speakers noted.

“These are tough and difficult conversations, but we all have a voice, and when we don’t use our voice, we’re giving permission for these behaviors,” Williams said. “Our goal is to provide our staff with tools and resources to help them find and use their voice in a productive manner when these situations occur.”

3 Responses to “BWH Takes a Stand Against Workplace Bullying”