The BRIght Futures Prize supports BWH investigators as they work to answer provocative questions or solve vexing problems in medicine. Now in its sixth year, the competition allows voters from the Brigham and beyond to determine the winner of the competition’s $100,000 prize.

In this edition of BWH Bulletin, meet this year’s three finalists and learn more about how they hope to translate scientific discoveries into clinical therapies for patients here and around the world. The BRIght Futures Prize will be presented at Discover Brigham on Thursday, Nov. 9.

Learn more about Dr. Bubrick’s project below and cast your vote at brightfuturesprize.org.

EB: Epilepsy, a disorder of recurrent seizures, is one of the most common neurologic disorders, affecting approximately 3 million Americans and 65 million people worldwide. Some patients with epilepsy become seizurefree with medication, but more than one-third of patients have persistent seizures, despite taking medication. Ongoing seizures can be very debilitating and even deadly, with more people dying each year of seizure-related injuries than from breast cancer. This patient population also has higher rates of depression and anxiety, overall lower quality of life, accidental death and an elevated suicide rate. Patients are also at risk of sudden unexpected death in epilepsy (SUDEP), a fatal complication that can take the lives of both adults and children with epilepsy.

Despite this, epilepsy research remains largely underfunded, and few new treatments are in the pipeline. We know, however, that becoming seizure-free earlier in the course of the disease may lessen the cognitive, behavioral and psychosocial problems experienced by epilepsy patients.

Many of these patients have few to no options to stop their seizures; medications are not effective, and only a small percentage of patients are eligible for epilepsy surgery. Several invasive devices have been shown to be somewhat beneficial, though these are limited to very specific patient populations and responses vary.

What is your solution?

EB: We want to bring low-intensity, focused ultrasound to patients who are suffering from epileptic seizures. High-intensity focused ultrasound has been hugely successful in treating other diseases, including Parkinson’s disease and brain tumors. The modified version with low intensity is a safe, noninvasive technique that works by neuromodulation, or mechanical disruption of brain networks, to treat the brain cells causing the seizures. This new form of ultrasound technology has not yet been offered to patients with epilepsy. We want to conduct a clinical trial to test this option as a treatment for patients who do not respond to medications.

How will your research project benefit people?

EB: This is likely to be a huge breakthrough in the treatment of epilepsy, especially for those patients who do not achieve seizure control with medications. This is a first-of-its-kind technology that may be able to provide patients with this devastating disorder some relief from seizures. It is also likely to be helpful in many other neurologic disorders, offering relief from the suffering that millions of patients experience. 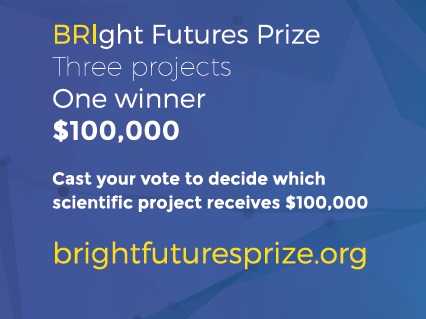