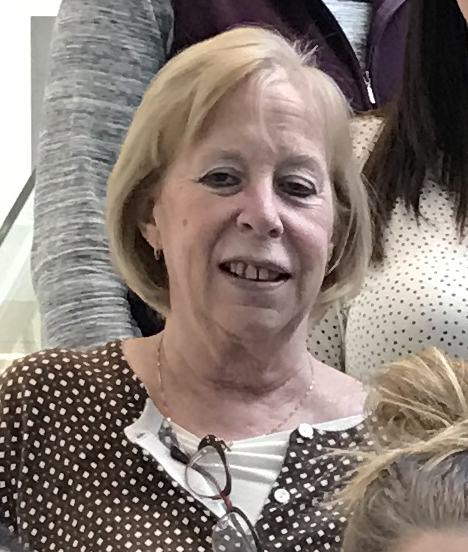 BWH and the departments of Support Services and Central Transport Services mourn the loss of Director Jeanne Barton, who passed away suddenly on Sept. 19.

Widely regarded as a committed mentor and admired leader, Ms. Barton worked at the Brigham for more than 16 years. She served as director of Support Services for the last 10 years. Last fall, Ms. Barton also took on the role of overseeing Central Transport Services at BWH.

Born in Boston and raised in Milton, Ms. Barton, of Chelmsford, graduated from Milton High School in 1971 and Quincy College in 1973. She had planned to retire this fall.

As director of Support Services, Ms. Barton worked closely with many colleagues from several departments.

Katie Fillipon, MS, RN, OCN, FNP, interim associate chief nurse for Oncology and Medicine, worked closely with Ms. Barton for the last 10 years. Describing her as a true friend and mentor, Fillipon said Ms. Barton always looked out for her co-workers and advocated for patients and families.

“She would do anything for anyone,” Fillipon said. “She always checked in with her colleagues to see what needed to be done to better care for patients. Whether it was finding the right person to change a lightbulb in a hallway or contacting someone to clean a patient room, she constantly supported her colleagues and did whatever she could to ensure we could consistently provide safe patient care.”

Fillipon met Ms. Barton when she first started out at the Brigham as a staff nurse in 2002. As Fillipon became a nurse educator and later a nurse director for Tower 7ABD, she learned from Ms. Barton about the value of hard work and the importance of personal connections.

Julia Sinclair, MBA, senior vice president of Clinical Services, described her colleague as a leader who was incredibly devoted to her job.

“Jeanne set a great example of what it means to be dedicated to one’s job and organization, to her fellow employees and to patients,” Sinclair said. “She was a present, caring and visible leader, and consistently reminded her staff of their important mission to support the patient experience.”

“Jeanne made the most of each moment,” Boyce said. “She had built many great relationships in the hospital and was a friend to so many. Her relationships allowed her to quickly get tasks accomplished. Jeanne spent most of her time walking the floors, talking with staff to determine what needed to be done and making sure those needs were met.”

“I could always count on her for advice on how to best handle or approach a situation,” Wright said. “She kept the lines of communication open and always had my back. I miss her dearly.”

Ms. Barton is survived by her husband, Michael Manor; sister, Maureen Savage; and nieces and nephews.

In lieu of flowers, donations in Ms. Barton’s memory may be made to the Charles Hamilton Savage Scholarship Fund, Town of Milton, PO Box 350, Milton, Mass., 02186.