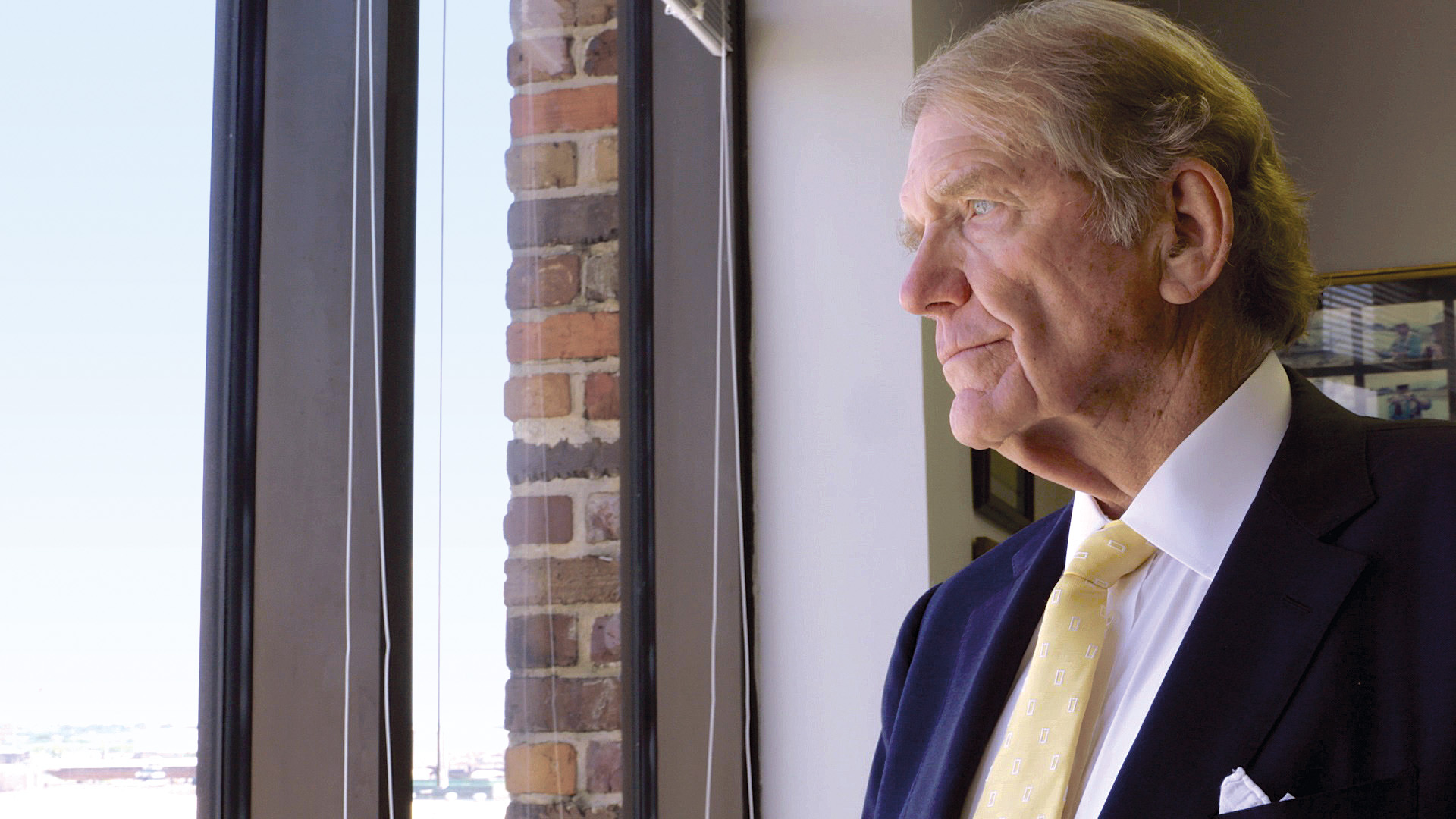 Win Thurber overcame a severe medication allergy thanks to a novel treatment he received at BWH.

The following is an excerpt from “Mastering Vigilance” in the summer issue of Brigham Health magazine. View the complete issue at magazine.brighamandwomens.org.

Win Thurber’s trip to the Brigham from his home in Alabama was a last resort.

For eight years, Thurber, 75, had been successfully treated for a recurrence of non-Hodgkin’s lymphoma with the cancer drug rituximab, and was enjoying an active life as chairman and CEO of an international shipping company.

During his treatment, however, other aspects of Thurber’s health began to deteriorate. He couldn’t walk. He needed supplemental oxygen to breathe. Baffled by this sharp decline, Thurber’s physicians recommended he go to Boston to see specialists at BWH.

“The day I met Win, he was on oxygen, in a wheelchair and extremely weak,” said Mariana Castells, MD, PhD, director of the Drug Hypersensitivity and Desensitization Center in the Division of Rheumatology, Immunology and Allergy. “Some doctors thought it was a recurrence of his lymphoma. Some thought he had a connective tissue disorder.”

But after testing Thurber’s blood immunoglobulins, providers saw that rituximab – his chemotherapy – was actually what was causing his immune system to fail, Castells said.

Up to 10 percent of people worldwide suffer from allergic reactions to drugs, with symptoms ranging from rashes to anaphylaxis, a life-threatening reaction that can cause difficulty breathing and swelling of the face, throat and tongue. While allergies to foods, insect stings and latex can also cause anaphylactic shock, reactions to medications are the deadliest form of allergy in the United States.

‘This Treatment Saved My Life’

After Thurber’s B cells – and his cancer – were destroyed by rituximab, he needed an immediate revival of his immune system with an infusion of a blood plasma called gamma globulin.

For most people, the infusion goes smoothly, but Thurber developed a rare, life-threatening anaphylactic response to it.

“His body rejected the infusion since his immune system was so compromised. He had a severe allergic reaction,” Castells said.

His care team had to act quickly. The first step was to convince Thurber never to take rituximab again.

“I didn’t like the idea because I thought that’s what was keeping me alive by keeping my tumor at bay,” Thurber recalled. “But Dr. Castells warned, ‘No, it’s going to kill you because you have no immune system.’”

Next, Castells’ team desensitized him to gamma globulin with a sophisticated method of progressive injections of increasing doses over several hours to reach the target dose without allergic reactions. Once his body recovered, he resumed his cancer drug.

Each year, Castells’ team desensitizes 300 to 400 patients with drug allergies. Like Thurber, many of these patients come from far outside the Boston area.

A trailblazer in her field, Castells created a new model for desensitization for antibiotic allergies in her laboratory in the 1990s. Since then she has translated it to medications for cancer and autoimmune diseases, as well as insulin for diabetes. Desensitization treatments are still not the standard of care, so Castells travels worldwide teaching the techniques to others.

Thurber needs continued monthly infusions of gamma globulin using a strict drug administration protocol. Castells worked with an allergist in Alabama on a treatment plan so Thurber can safely receive infusions close to home. He began this regimen in 2010, and his tumor has not returned.

“This treatment saved my life,” Thurber says. “Now, I work full time, run and exercise like I used to, travel on a regular basis, and do everything I want in life.”