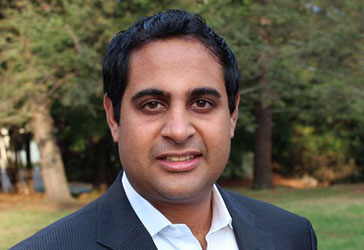 He will lead the next stage of growth in the programming and profile of the Stepping Strong Center, which supports more than 40 BWH researchers and clinicians through research grants, awards and fellowships. As program director, Acharya focuses on fostering an environment ripe for innovation, connecting with industry and external research collaborators, and providing more grant funding directly to researchers addressing issues related to trauma.

Acharya is also actively developing partnerships with other centers within Partners HealthCare and with the various external innovation centers in the Greater Boston area, with the goal of facilitating multidisciplinary collaboration, research and best practices.

The Stepping Strong Center, located in the Building for Transformative Medicine, opened in September 2016. Through multidisciplinary collaboration, it supports the rapid translation of laboratory discoveries into treatments and improved outcomes for trauma patients at the Brigham and beyond.

“In our search for a program director, we sought a highly organized team player with experience in the world of innovation. We wanted an outside-the-box thinker with the right combination of enthusiasm and energy to help drive The Gillian Reny Stepping Strong Center for Trauma Innovation to the next level,” said Mitchel Harris, MD, chief of the Orthopaedic Trauma Service. “We are so fortunate to have found Nish, who embodies all of those traits and finds energy in challenges. He is already making his presence known among our members, and he is actively casting our net to initiate new collaborations. We are thrilled to have him as our inaugural program director.”

Prior to joining BWH, Acharya was CEO of Equal Innovation Consulting, a firm that consults with universities, governments, foundations and companies on innovation, entrepreneurship and globalization strategies. Acharya has also served as a senior fellow with the Center for American Progress and as a contributor to Forbes.