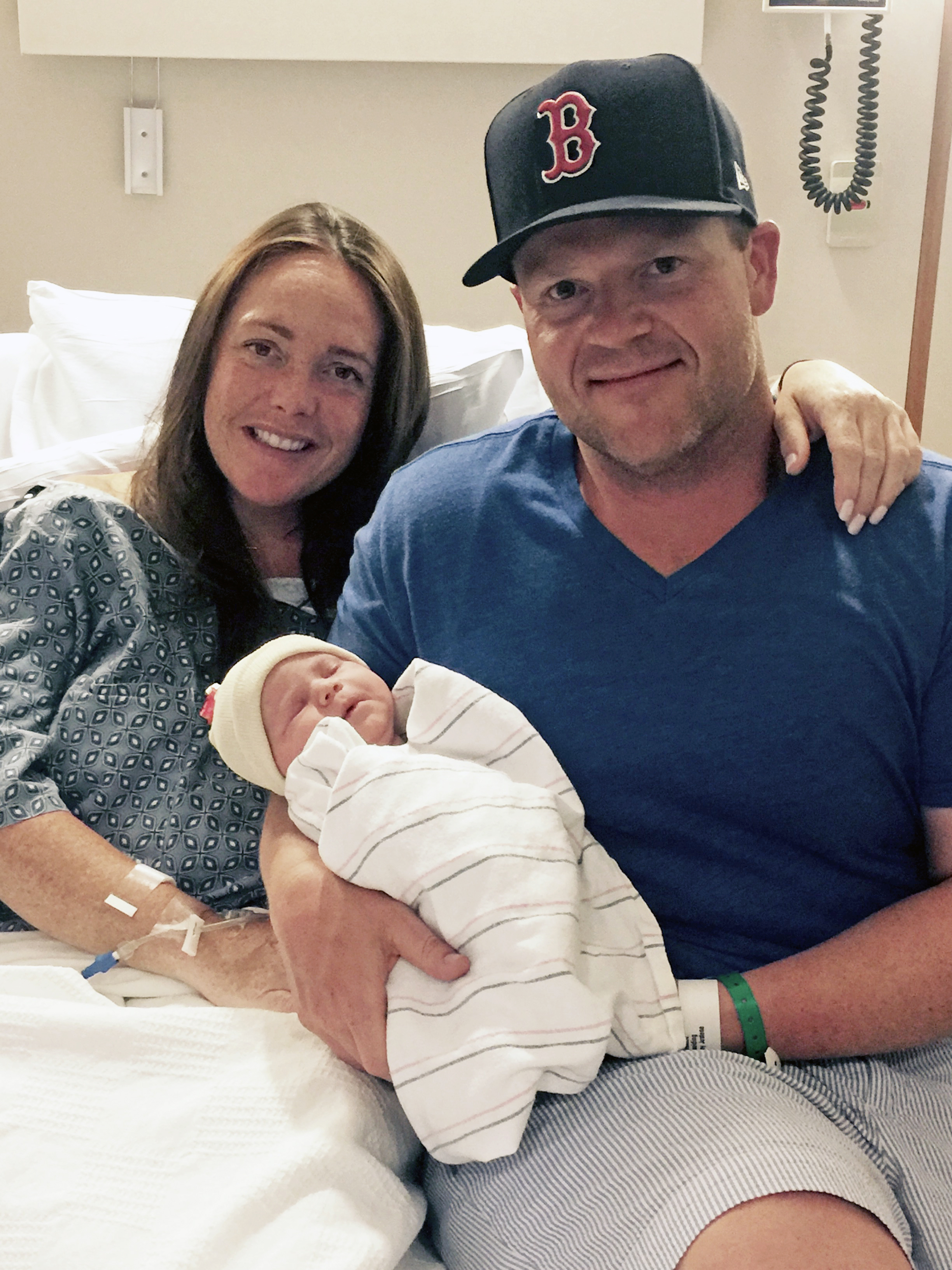 Justene and Ryan Spitz, with their daughter, Kinsley

Justene and Ryan Spitz of Dorchester know exactly how precious an umbilical cord blood donation can be.

Seven years ago, Justene’s brother-in-law was diagnosed with acute lymphocytic leukemia, an aggressive form of cancer that causes the bone marrow to produce an excess number of white blood cells called lymphocytes. A bone marrow or stem cell transplant offered the most promising outcome. To his family’s relief, he received the call that they had been waiting for: He had been matched for a stem cell transplant, thanks to an anonymous umbilical cord blood donation.

“My brother-in-law is in remission. His life was saved because of cord blood,” Justene said.

Umbilical cord blood, often referred to simply as cord blood, is rich in blood-forming stem cells, which can renew themselves and grow into mature blood cells. Stem cells are used in transplants for patients with leukemia, lymphoma and other life-threatening diseases. After a baby is born, these cord blood cells can be collected, preserved and later used to provide a lifesaving stem cell transplant for a patient in need. If a mother declines, does not qualify to donate or the donation cannot be completed for logistical reasons, the umbilical cord and stem cells it contains are discarded as medical waste.

Justene, 33, honored the gift of life her brother-in-law received years ago by donating her own cord blood at BWH earlier this month – coinciding with National Cord Blood Awareness Month – when the couple welcomed their third child at the Brigham.

The Cord Blood Donation Program, jointly operated by BWH and Dana-Farber Cancer Institute (DFCI), became Boston’s first public cord blood program when it launched in 2009. Since then, 6.6 percent of the units banked at BWH – a total of 75 units – have been used for stem cell transplants. That may sound like a small amount, but it’s actually more than twice the national average, said Deborah Liney, associate director of the Cord Blood Donation Program.

“Stem cells derived from cord blood are used in transplants at Dana-Farber, and our colleagues use them at Boston Children’s Hospital. We know firsthand how important a stem cell transplant is for these patients and the potential it has to save their lives,” Liney said.

Getting the Word Out

Nearly 5,000 patients have consented to donate cord blood since the Cord Blood Donation Program launched – an achievement Liney attributes to the support of clinical teams in the units who have proactively reached out to the program’s staff to identify eligible patients.

“Nursing plays an especially big role in the success of our program, from remembering to page us when a baby is being delivered to reminding the obstetrician that the patient is donating cord blood,” Liney said.

Although their offices are at DFCI, collection specialists often maintain a physical presence in BWH Labor and Delivery so that they’re immediately available when needed, said Yen Huynh, one of DFCI’s two cord blood donation specialists.

A number of circumstances affect whether a collection can ultimately be banked. A small umbilical cord may not contain enough blood to meet the minimum volume required by Duke University’s Carolinas Cord Blood Bank, which the BWH program partners with.

Even in those cases, however, the samples can often be used in research, Liney said. Over the past eight years, the program has distributed almost 850 units of cord blood to researchers at the Brigham and elsewhere.

Often, the barrier to collection is timing. Babies don’t always arrive during normal business hours, which is when the collection specialists work. To help capture some of those evening and weekend donations, some BWH physicians have been trained to perform a cord blood collection when specialists aren’t available.

One of those providers, Ashley Ackerman, MD, of the Department of Obstetrics and Gynecology, said most patients are receptive to donating after hearing how cord blood could be used. A strong advocate for the program, Ackerman was eager to get involved and support the collection specialists whenever she is on service.

“A cord blood donation is an amazing gift, and this program opened up a really nice opportunity for patients and staff to help make that possible,” Ackerman said.