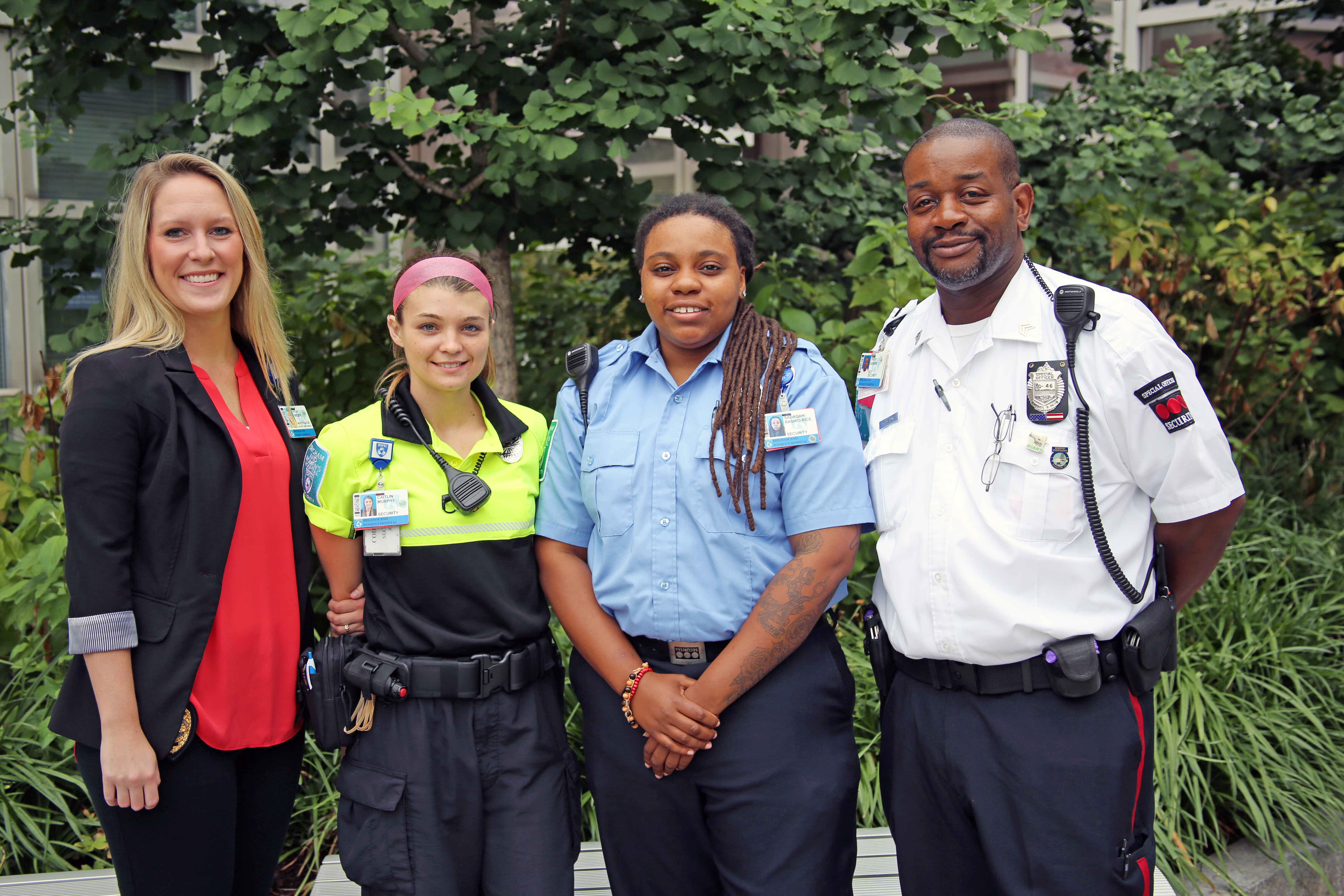 Brigham Security Sgt. Troy Askew and officer S. Rice knew something wasn’t right when they observed a man inspecting a rack filled with bicycles outside of the Shapiro Cardiovascular Center earlier this month.

After reviewing camera footage of the man, Nieder informed her colleagues that the person in question matched the description of a suspect who had allegedly been involved with several bike thefts throughout the Longwood Medical Area in recent weeks.

Askew and Rice approached the man and accompanied him to the corner of Francis and Binney streets, where he was questioned by Nieder and Security Investigations Manager William Barrett.

According to Nieder, the man admitted to stealing bikes in the area during the interview. BWH Security informed all area hospitals, Boston Police and several local colleges about the encounter.

“It took a team to solve this case,” said Askew. “Every single one of us played an important role.”

Nieder agreed, saying the best part of her job is being able to see cases be resolved.

This situation is also a good reminder for getting the word out about bike security and safety, says Security Specialist Caitlin Murphy.

On average, close to 10 bikes are stolen on BWH property each year. When investigating those thefts, Nieder said many of the stolen bikes had been secured with cable and chain locks, which thieves can easily cut. To prevent theft from a bike rack, the Security team recommends securing a bike frame directly to the rack with a U-lock instead. They also recommend using one of the secure bike cages on campus.

“We encourage staff to bike to and from work if they can, so we want to do everything in our power to ensure their property remains secure while they’re at work,” Nieder said.