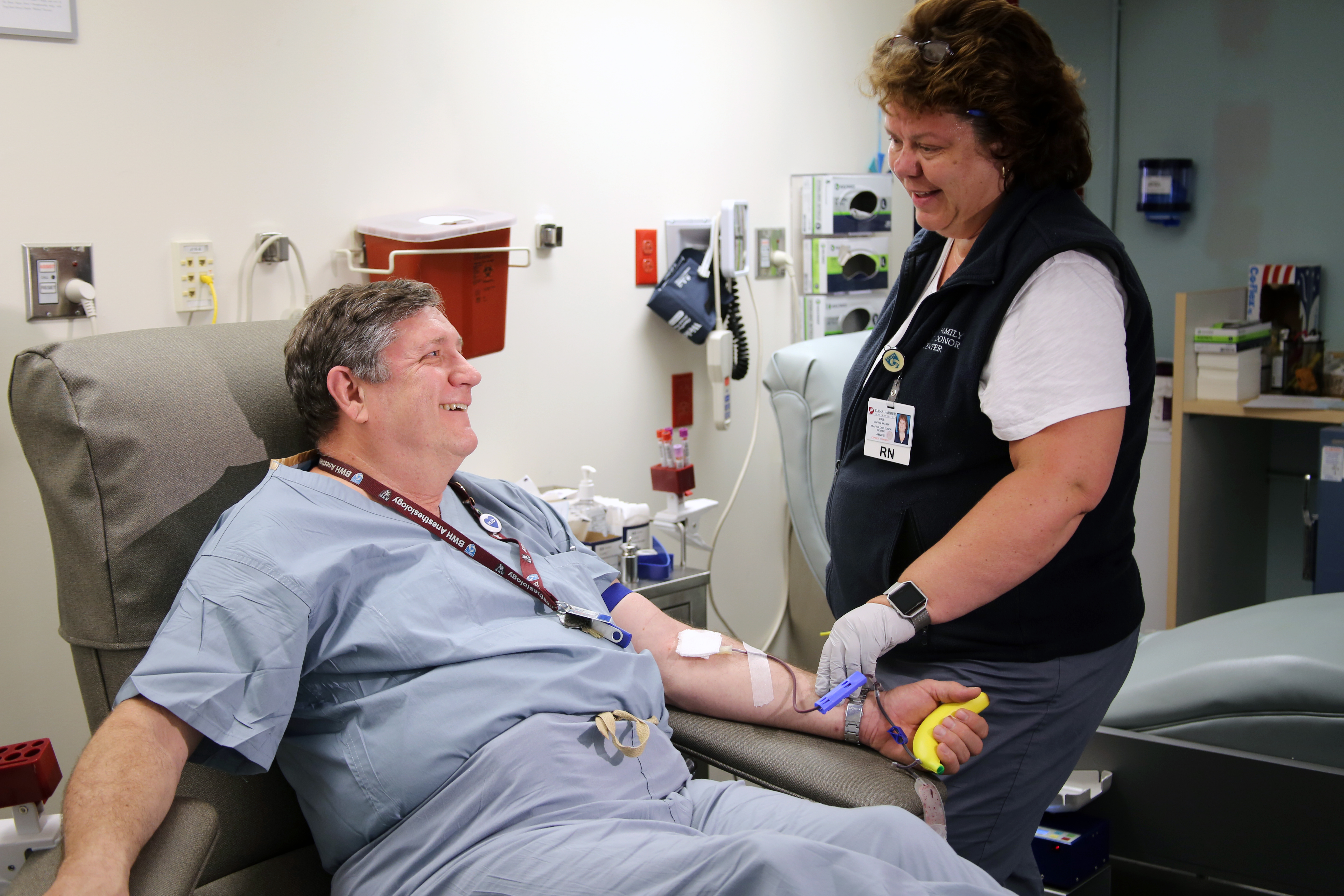 About every 56 days, James Gosnell, RN, a clinical research nurse in the Department of Anesthesiology, Perioperative and Pain Medicine, spends his lunch break in the Kraft Family Blood Donor Center. Since he began working at the Brigham in 1987, Gosnell has donated a total of 137 times – the equivalent of more than 16 gallons of blood.

“My goal is to get to 20 gallons,” said Gosnell during his most recent appointment on June 14, World Blood Donor Day. “I look forward to coming to the Kraft Center every couple of months because I know that by donating, I’m helping others who are in need of blood.”

Gosnell is among the top active donors in the Kraft Center and is the highest active whole blood donor, says Justin Solle, donor recruiter.

According to Richard Kaufman, MD, director of the BWH Blood Bank, less than 5 percent of people who are eligible to donate blood actually do so. All donations made at the Kraft Center serve patients at the Brigham and Dana-Farber Cancer Institute. Both institutions rely heavily on donors to play a vital role in life-saving care.

“Any donation has the potential to save one or more lives,” Kaufman said. “It’s a very nice thing to be able to do for people.”

Gosnell is also rare among donors because he has Type O-negative blood, which is found in less than 7 percent of the U.S. population, according to the AABB (formerly the American Association of Blood Banks). Type O-negative is known as the universal blood type because it can be transfused to almost any patient in need, making it invaluable for blood banks to have in supply.

Each time Gosnell enters the Kraft Center, he is greeted with smiles and hugs from the center’s employees. Known at the center as the “every-56-days family member,” Gosnell encourages his colleagues and others to donate if they’re able. He credits the center’s staff for always making the donation process fast, painless and fun.

“Donating blood is a good habit to have,” Gosnell said. “I love knowing that I am doing something to give back.”