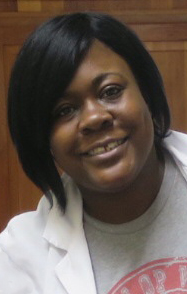 BWH and the Department of Nursing mourn the loss of Kara Burge, who passed away on April 27 after fighting a courageous battle against gastric cancer. She was 38.

Known for her strength, compassion, work ethic and desire to help others, Ms. Burge worked most recently as a nurse on Tower 15CD, the Intermediate Medical/Surgery Unit, for eight years. She joined the Brigham in 1997 as a unit coordinator in the Connors Center for Women and Newborns’ antenatal and postpartum unit.

As a single mother who wanted to provide the best life for her son, she continually sought ways to advance her career. Ms. Burge obtained her associate’s degree from Roxbury Community College and, shortly after, became a patient care assistant (PCA) in the Center for Labor and Birth. She then set her sights on a nursing degree and enrolled at Curry College. She graduated with a bachelor’s of science in nursing in 2007. The following year, she joined Tower 15CD and remained a clinical nurse there until she became ill last year.

Sherry Adams, operations manager for the antenatal and postpartum unit, hired Ms. Burge for her first position at BWH and fondly remembered celebrating her educational and professional achievements. “I was so proud when Kara hugged me and said ‘Sherry, I did it. I am a nurse,’” said Adams.

Joyce Johnson, MS, RN, nurse director on Tower 15CD, recalled Ms. Burge’s genuine willingness to help others: “Kara was always there for her patients and colleagues in their time of need. Our 15CD team was there for Kara throughout her illness, and it was a beautiful thing.”

Ms. Burge was extremely proud of her work with Operation Walk Boston, a medical mission bringing volunteers from the Brigham to the Dominican Republic to perform hip- and knee-joint replacement surgeries and provide rehabilitation to patients who cannot afford medical care. She volunteered with the group on three mission trips.

Ms. Burge will be remembered among her colleagues for her warmth and affection: “She had a smile that could light up any room,” said Vicki Ferreira, RN, clinical nurse on Tower 15CD. “She was more than a co-worker and friend; Kara felt like family.”

Ms. Burge’s greatest pride and joy came from being a mother to Tyrese L. White, who will graduate from high school next month.