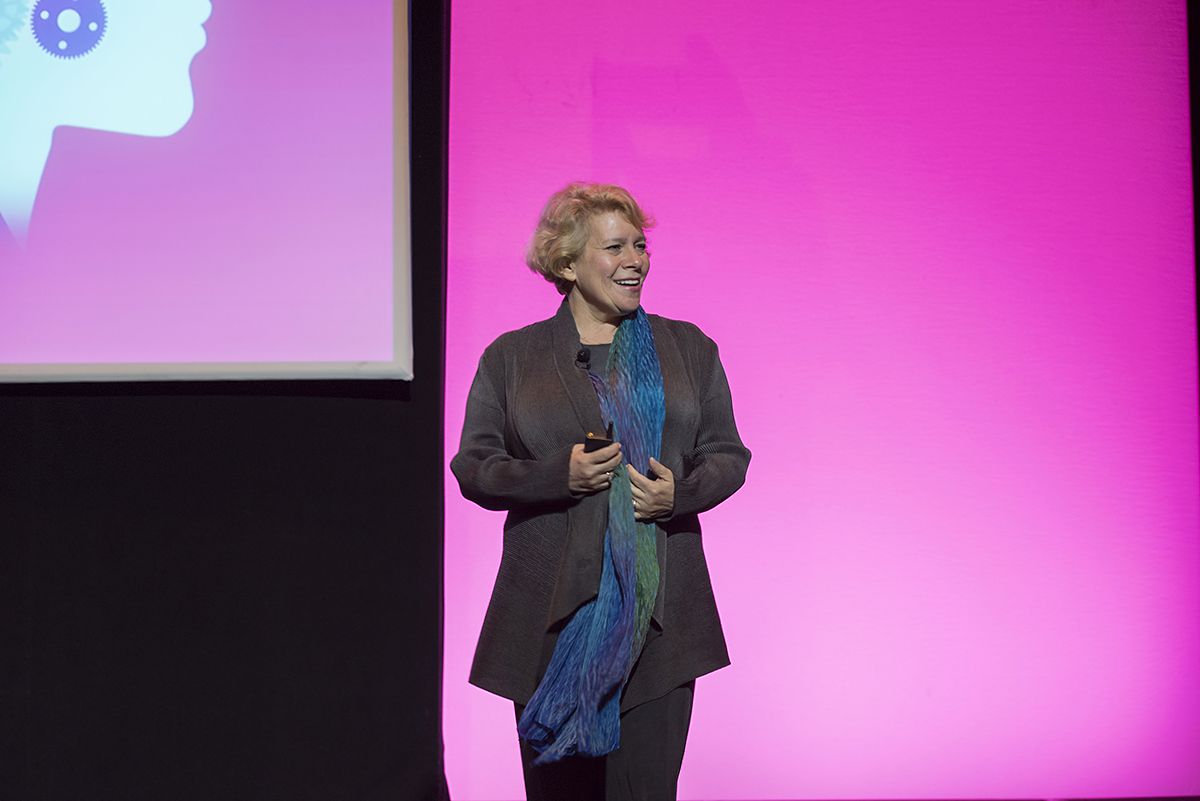 Amid efforts to discover cures for neurologic diseases such as multiple sclerosis (MS) and Alzheimer’s disease, several BWH researchers are asking a related question: Why are these illnesses so much more prevalent in women than in men?

Speakers explored that issue during the 12th annual Women’s Health Luncheon, a fundraising event presented by the Mary Horrigan Connors Center for Women’s Health, held at the Westin Boston Waterfront on May 12. The luncheon, titled “Great Minds Don’t Work Alike: The Science of Women and the Brain,” also included an introduction to the center’s new executive director, Hadine Joffe, MD, MSc.

“What’s good for the heart is good for the brain,” said JoAnn Manson, MD, DrPH, chief of the Division of Preventive Medicine, who spoke to the audience about the overlapping risk factors and prevention strategies between the two categories of disease.

Pointing to a recent cohort study and findings from randomized clinical trials, Manson said that there is an increasingly strong case for the link between the heart and brain. Traditional heart disease risk factors – smoking, hypertension, high cholesterol, diabetes and obesity – were found to correlate with the presence of amyloid plaques in the brain, a protein whose buildup is associated with Alzheimer’s.

Early detection and diagnosis are other key areas of opportunity for discovery, said Reisa Sperling, MD, MMSc, director of the Center for Alzheimer Research and Treatment. For a long time, the telltale signs of Alzheimer’s – protein plaques and tangles in the brain – could only be identified postmortem. Today’s advanced imaging technologies make it possible to see these changes in the brain during life, although they are typically identified in the later stages of the disease, which is when symptoms become apparent.

Sperling’s research focuses on identifying those indicators much sooner, during what she calls “preclinical Alzheimer’s disease,” and using that data to develop novel therapies that would prevent symptoms from ever manifesting. The clinical trial to study this, known as the Anti-Amyloid Treatment in Asymptomatic Alzheimer’s (A4) Study, is ongoing and continues to enroll participants at A4study.org.

“This is the way we’re really going to win the war against Alzheimer’s disease,” Sperling said.

Money raised at this year’s luncheon will fund women’s health research within the Connors Center and the Ann Romney Center for Neurologic Diseases. Through a combination of traditional donations and a new text-to-donate program debuted at the luncheon, the event raised more than $500,000 for women’s health research. The total includes a $50,000 match by Audrey McNiff, an advisory board member for the Ann Romney Center for Neurologic Diseases.

Brigham Health President Betsy Nabel, MD, thanked supporters for their dedication and generosity, which she said “has allowed us to transform the future of medicine.”

Among the 300 attendees were Lauren Baker, the first lady of Massachusetts; Rep. Joseph Kennedy III; and former Gov. Mitt Romney and Ann Romney, who shared her personal story as an MS patient and her commitment to raising awareness and funds that will accelerate the discovery of treatments and cures for neurologic diseases among women and men.