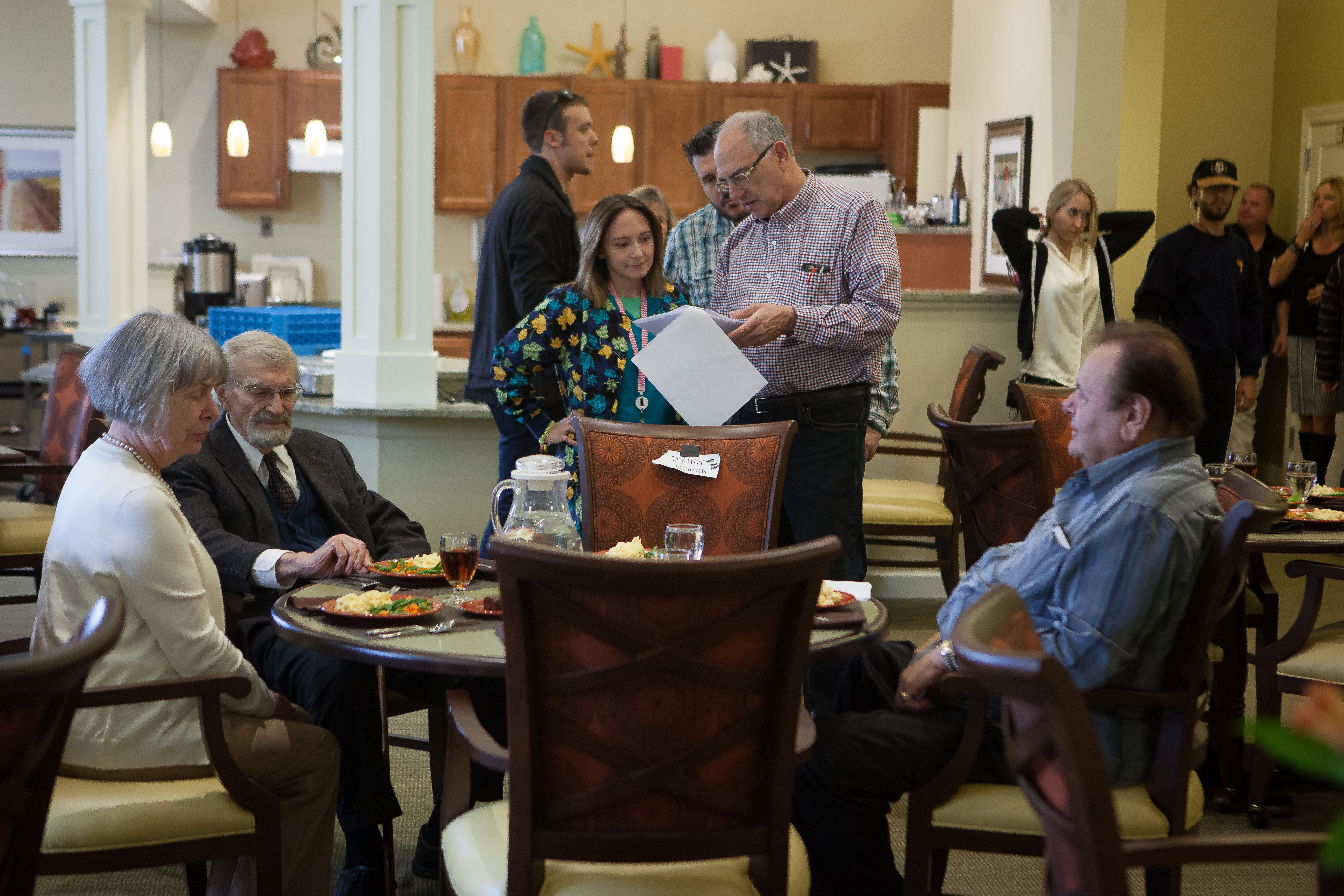 As a neurologist and a scientist, Howard Weiner, MD, co-director of the Ann Romney Center for Neurologic Diseases, has spent his career asking questions. Typically, they are related to his investigations to uncover new therapies for multiple sclerosis (MS), Alzheimer’s disease and Lou Gehrig’s disease (ALS).

Weiner has recognized, however, that the answers to some of life’s biggest questions cannot be found in a clinic or laboratory. As a result, he turns to art – writing novels and scripts, even producing a documentary in 2011 – to explore the meaning of life, the complexity of our emotions and questions about human nature.

He recently set out again to examine the human condition through art, this time as the screenwriter and director of “The Last Poker Game.” The film, co-starring Martin Landau and Paul Sorvino, premiered at the Tribeca Film Festival in New York last month.

“I went into medicine and research because I want to understand things,” said Weiner, who is also director and founder of the Partners MS Center. “I view filmmaking as an extension of my laboratory, and inherent in both are adventure and taking risks – something I really like and that makes me feel alive.”

‘It’s Never Too Late for Life’

The movie explores what it means to grow old and continue finding purpose in life, even as its end grows near, Weiner explained. Aging physician Dr. Abe Mandelbaum (Landau) moves into a nursing home with his ailing wife, who has Alzheimer’s, played by Ann Marie Shea. There, Mandelbaum forms “an improbable relationship with gambler and womanizer” Phil Nicoletti (Sorvino), according to the film’s description.

The film tackles a subject that Weiner said isn’t very visible in media today: a nuanced, sensitive portrayal of aging.

“Most films look at old people from below, by putting them on a pedestal, or from above, by looking at them as children. I want the audience to look at old people straight on and think of them as people,” Weiner said. “I’d like the audience’s takeaway to be the tagline of the film: ‘It’s never too late for life.’”

In a recent interview with Deadline Hollywood, both lead actors noted that they were eager to join the project as soon as they read the script, praising its creativity and authenticity. They bonded with the Brigham filmmaker instantly.

“Howard Weiner is a good guy, and I sensed that immediately. I didn’t feel we were going to have any trouble, and we didn’t. And that’s kind of wonderful,” Landau told Deadline Hollywood.

Before filming each day, Weiner would often meet individually with Landau or Sorvino to work on scenes and ensure all parties felt their feedback was heard and supported.

“As a doctor, I always try to make people feel comfortable and safe, and I try to understand who they are. This is also very important to actors,” Weiner said. “They felt very safe with me.” 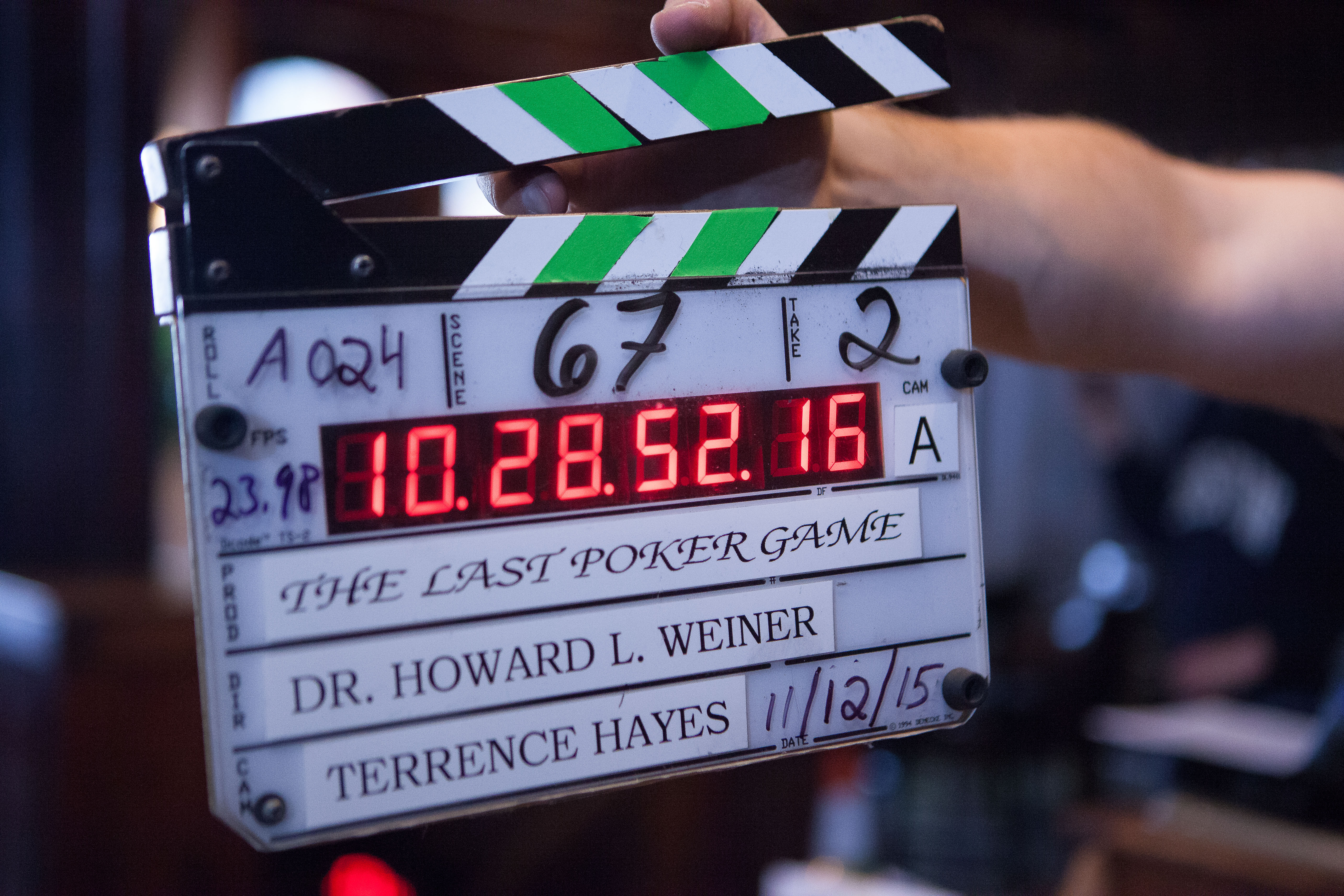 Bringing an Idea to the Big Screen

The story and characters were inspired by several of Weiner’s personal and professional experiences, but among the most profound were two involving his family: visiting his grandmother at a retirement home and when his mother developed Alzheimer’s.

After adapting the script from an unpublished novel, Weiner discussed the idea to turn it into a film with his son, Ron, a television writer who has worked on “30 Rock” and “Silicon Valley.” His son encouraged him to shoot some test scenes, which Weiner did in Los Angeles a few years ago. Afterward, Weiner tapped into his personal network to find producers and get the project moving.

The film marked Weiner’s first time on a professional movie set. The experience was thrilling, challenging and rewarding, he said.

“It has given me enormous satisfaction to succeed against the large odds I faced in making the film. In fact, succeeding with ‘The Last Poker Game’ has given me more energy in the laboratory, where I face even greater odds in trying to find treatments for diseases such as MS, Alzheimer’s and ALS,” Weiner said.

Most of the scenes were shot over five weeks in Newburyport, although the Brigham does have two small cameos. An exterior shot of the hospital appears in the beginning of movie and, far more subtle, the stethoscope that Landau uses during clinical scenes is Weiner’s own. Weiner himself also has a cameo as a doctor.

Weiner is already working on a script for another film project – a trilogy “exploring life’s questions” – but insisted that the bright lights of Hollywood could not lure him away from his commitment to caring for patients with neurologic diseases and seeking out discoveries that he hopes one day can help cure them.

“My heart is in both medicine and film, but I’ll never leave medicine,” Weiner said.

“The Last Poker Game” will be screened next at Israel’s Haifa International Film Festival in October. A theatrical release date will be determined in the coming months.