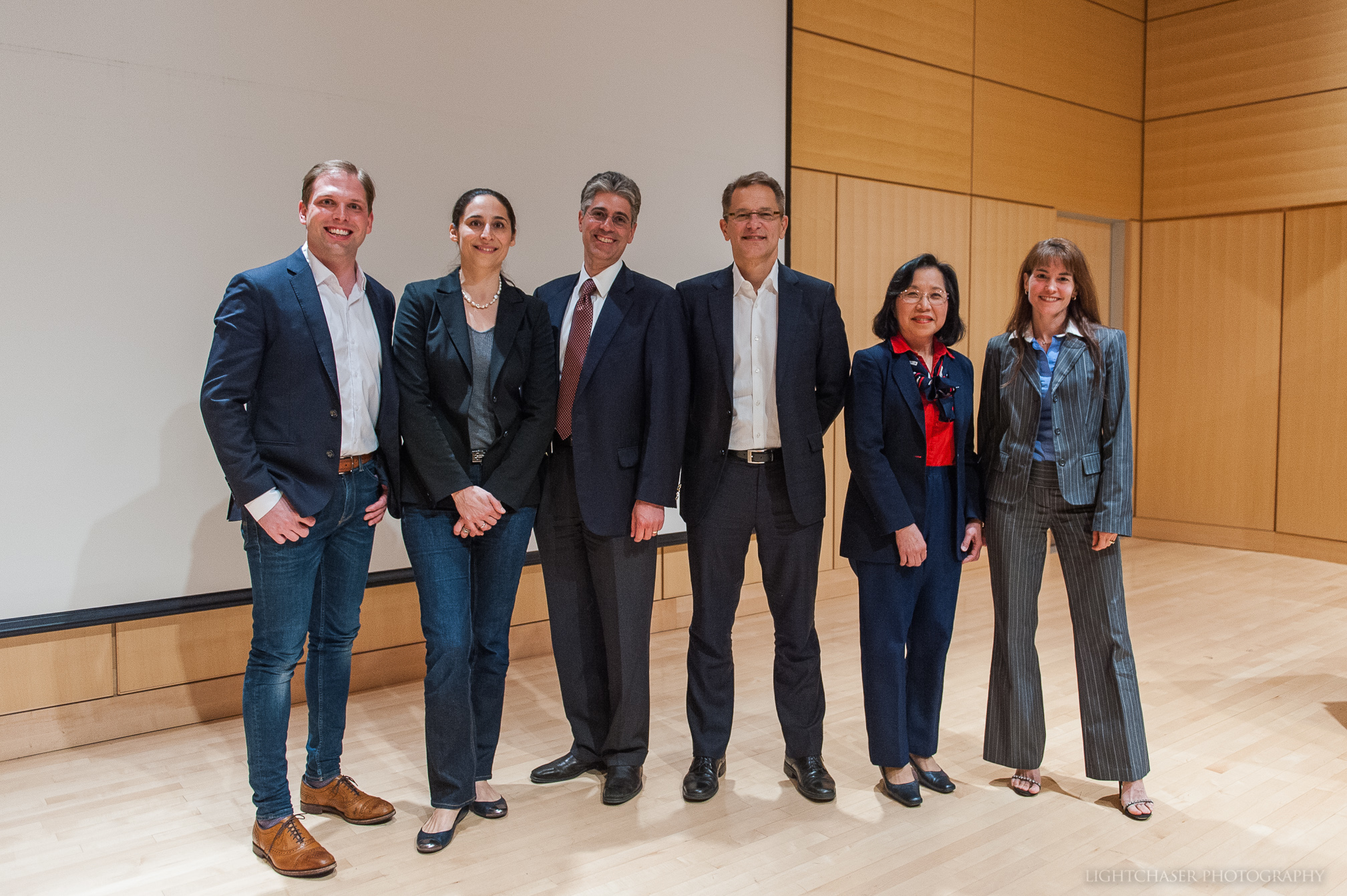 The challenge was simple: How well could five researchers from the Brigham and Massachusetts General Hospital (MGH) communicate their work to the general public in just four minutes? On April 20, members of the local community gathered at the Cambridge Public Library for a friendly competition, known as the Research Rumble, to find out.

Hosted by the Brigham Research Institute and Mass General Research Institute as part of the annual Cambridge Science Festival, the event brought together researchers with different areas of expertise to pitch their science to the audience and a panel of judges.

MGH scientist Jonathan Hoggatt, PhD, of the Mass General Cancer Center/Center for Transplantation Sciences, was crowned the Research Rumble’s inaugural winner, but BWHers who competed in the event earned praise from the judges for their use of audience interaction and understandable language.

The lack of therapeutic discoveries for kidney diseases may be impeded by the scientific community’s desire to find a universal cure for kidney disease as if it were a single entity, she explained. Greka proposed an alternative approach: a concept she calls “one-to-more-to-all,” which she defined as a focus on patients with rare, molecularly defined kidney diseases and developing targeted therapies for them first.

Greka also shared the story of a patient who developed nephrotic syndrome, a rare kidney disease, and eventually became the first in the world to receive a targeted treatment as a result of Greka’s work.

“The patient’s before-treatment and after-treatment pictures were worth more than a 1,000 words,” Greka said. “In the context of ‘one-to-more-to-all,’ this patient was the ‘one.’”

Other patients in Greka’s ongoing clinical trial for this targeted therapy represent the “more.” Once positive outcomes are achieved over and over again, the findings can be used to develop the combination of molecularly targeted therapies that can cure “all.”

Fellow BWH Research Rumble competitor Robert C. Green, MD, MPH, a medical geneticist and physician-scientist in the Division of Genetics, opened his four-minute presentation on the BabySeq Project by talking about technology.

Holding up his smartphone, Green asked the audience, “How many of you remember a time before cell phones?” Most raised their hands. “Now, how many can imagine a life without them?” This time, most of the audience shook their heads.

“We’re approaching an explosive revolution in life sciences – greater than technology or these cell phones,” said Green, who is co-leading the BabySeq Project, an innovative project exploring translational genomics and health outcomes in newborns at BWH and Boston Children’s Hospital.

The project has two aims: One is to evaluate the risks and benefits of genome sequencing in healthy and sick infants, with the goal of developing evidence to support guidelines for use of this technology in newborn screening or care. The second objective is to study parents’ thoughts and feelings about genetic testing, as well as how those might change over time.

While Green did not ultimately sway the judges for the evening’s top honor, he captured the popular vote of the night. An app measured the audience’s applause level for each storyteller; Green scored the highest.