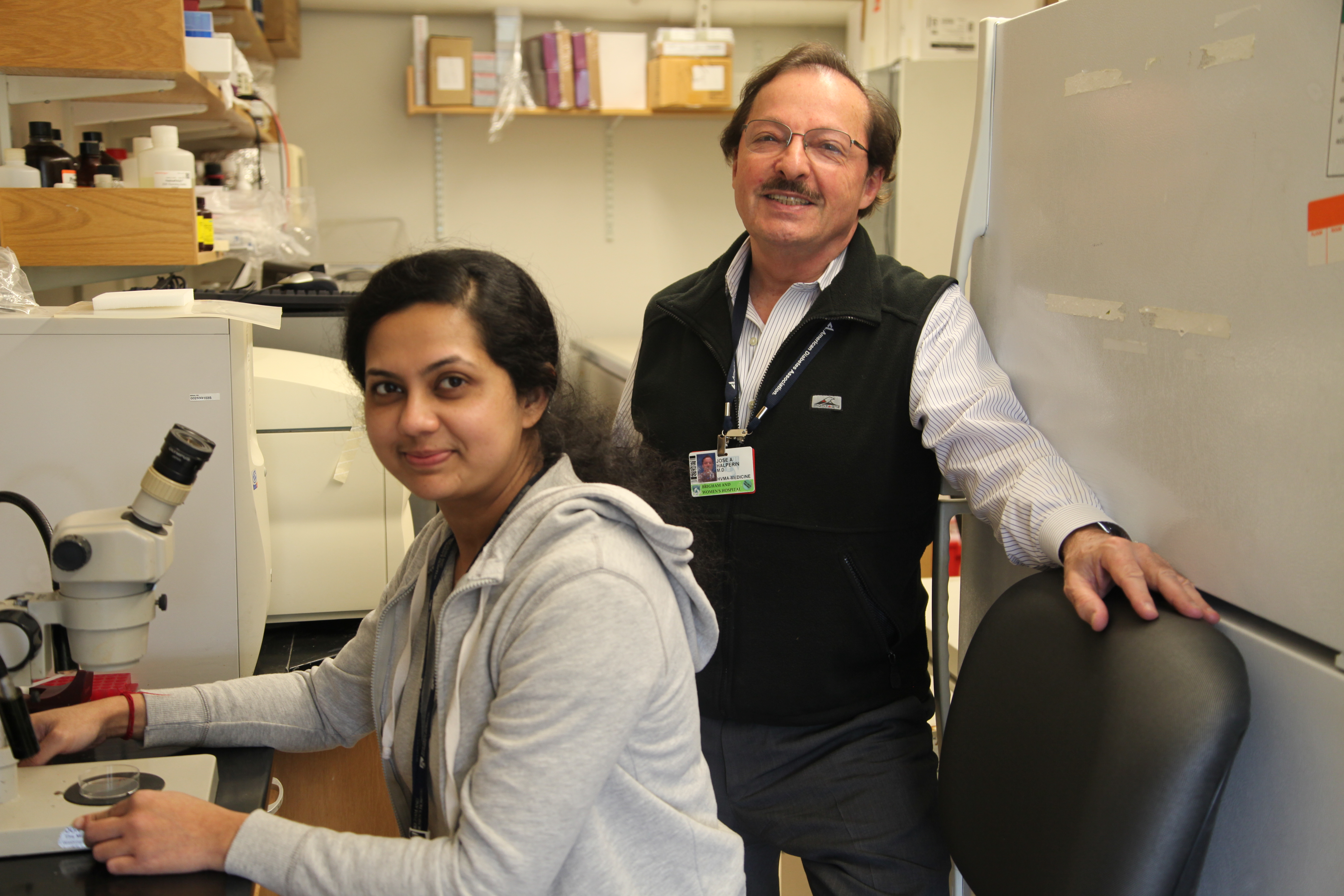 A single blood test developed by BWH researchers may be able to identify, with a high level of precision, gestational diabetes in pregnant women nearing the end of their second trimester. If proven as a reliable diagnostic tool, it would reduce the need for many women to undergo the multiple, time-consuming tests that are the current standard of care.

Investigators found that a single measurement of a novel biomarker for diabetes known as plasma glycated CD59 (GCD59), performed at weeks 24-28 of gestation, was able to identify women who had failed the standard of care screening test as well as women with confirmed gestational diabetes. The findings were published in a recent issue of Diabetes Care.

Gestational diabetes is a type of diabetes that occurs during a woman’s pregnancy. It increases the mother’s risk of delivering an infant whose birth weight is greater than the 90th percentile for their gestational age, which can lead to preterm birth, fetal injury, stillbirth, early neonatal death and cesarean delivery. Gestational diabetes is also a risk factor for two complications in pregnancy related to blood pressure: preeclampsia and gestational hypertension. Since treatment of gestational diabetes can lessen the risk of adverse pregnancy outcomes, practice guidelines recommend screening all non-diabetic pregnant women for the disease.

The current standard of care to both screen and diagnose gestational diabetes involves a two-step approach that can be time-consuming, cumbersome and uncomfortable for patients – driving the need for a more patient-friendly alternative, say BWH researchers.

In the standard approach, called the glucose challenge test, a patient consumes a sugary drink and undergoes blood sugar measurement in the lab one hour later. Women who fail this screening must take a longer test that requires fasting overnight, drinking a more concentrated sugar solution and undergoing baseline and hourly blood draws for three hours. Glucose tests like these are currently the only methods used to diagnose gestational diabetes.

“Ours is the first study to demonstrate that a single measurement of plasma GCD59 can be used as a simplified method to identify women who are at risk for failing the glucose challenge test and are at higher risk for developing gestational diabetes,” says Jose Halperin, MD, director of the Hematology Laboratory for Translational Research and senior author of the publication.

Findings at a Glance

The team studied 1,000 pregnant women who were receiving standard prenatal care at BWH. Half had normal results in the glucose challenge test; half had failed the first screening and required the follow-up test. Researchers found that the median amount of GCD59 in the second group’s blood was 8.5 times higher than that of  women with a normal glucose challenge test result.

The researchers also found that higher plasma GCD59 levels at gestational weeks 24-28 were associated with a greater prevalence of babies whose birth weight was high for their gestational age. Increased levels of the biomarkers indicated a higher risk.

“Our studies opened an avenue for larger multicenter studies to further assess the clinical utility of plasma GCD59 for screening and diagnosis of gestational diabetes among the general population of the United States,” Halperin said. “If our results are confirmed, we’re hopeful that the GCD59 test could be available in clinical practices within the next few years.”