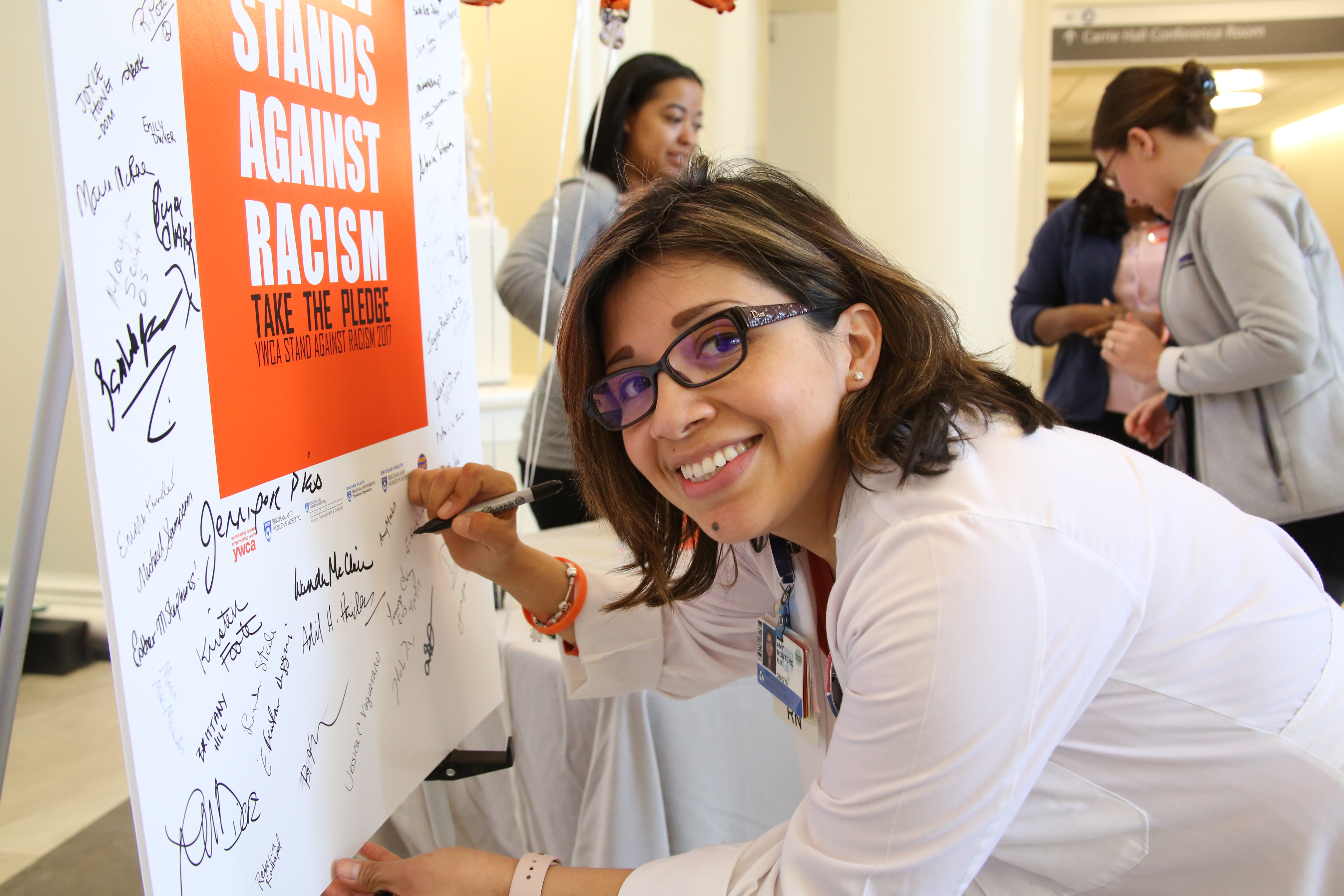 Amy Montero, a nurse in Obstetrics and Gynecology, adds her signature to the Stand Against Racism pledge.

On April 27, more than 200 members of the BWH community took a pledge against racism during a three-hour Stand Against Racism event in the 15 Francis St. lobby.

Bryana Berry, a program manager in the Center for Faculty Development and Diversity (CFDD), who organized the event, said it was amazing to see many colleagues from all over the hospital stop by and take the pledge. Within the first hour, the large pledge board was almost completely filled with signatures.

Even in the days following the event, Berry said, colleagues who couldn’t attend have approached her requesting to sign the poster.

“Seeing so many signatures was a powerful reminder that the people in this community are committed to racial justice and embracing diversity. They were excited to see so many others join them in taking a stand and lending their voices to the campaign,” Berry said. “We are an institution that is continually working toward inclusion and equity.”

Hosted by the CFDD, the Center for Community Health and Health Equity (CCHHE) and the Association of Multicultural Members of Partners (AMMP), the Stand Against Racism event at BWH was part of the nationwide movement by YWCA USA to raise awareness about racism and empower efforts to eliminate it.

During the event, BWHers from the three organizations spoke with colleagues about the national campaign and work being done at the Brigham to maintain an inclusive environment where everyone is valued.

Allen Smith, MD, MS, president of the Brigham and Women’s Physicians Organization, was among the many people who took the pledge. 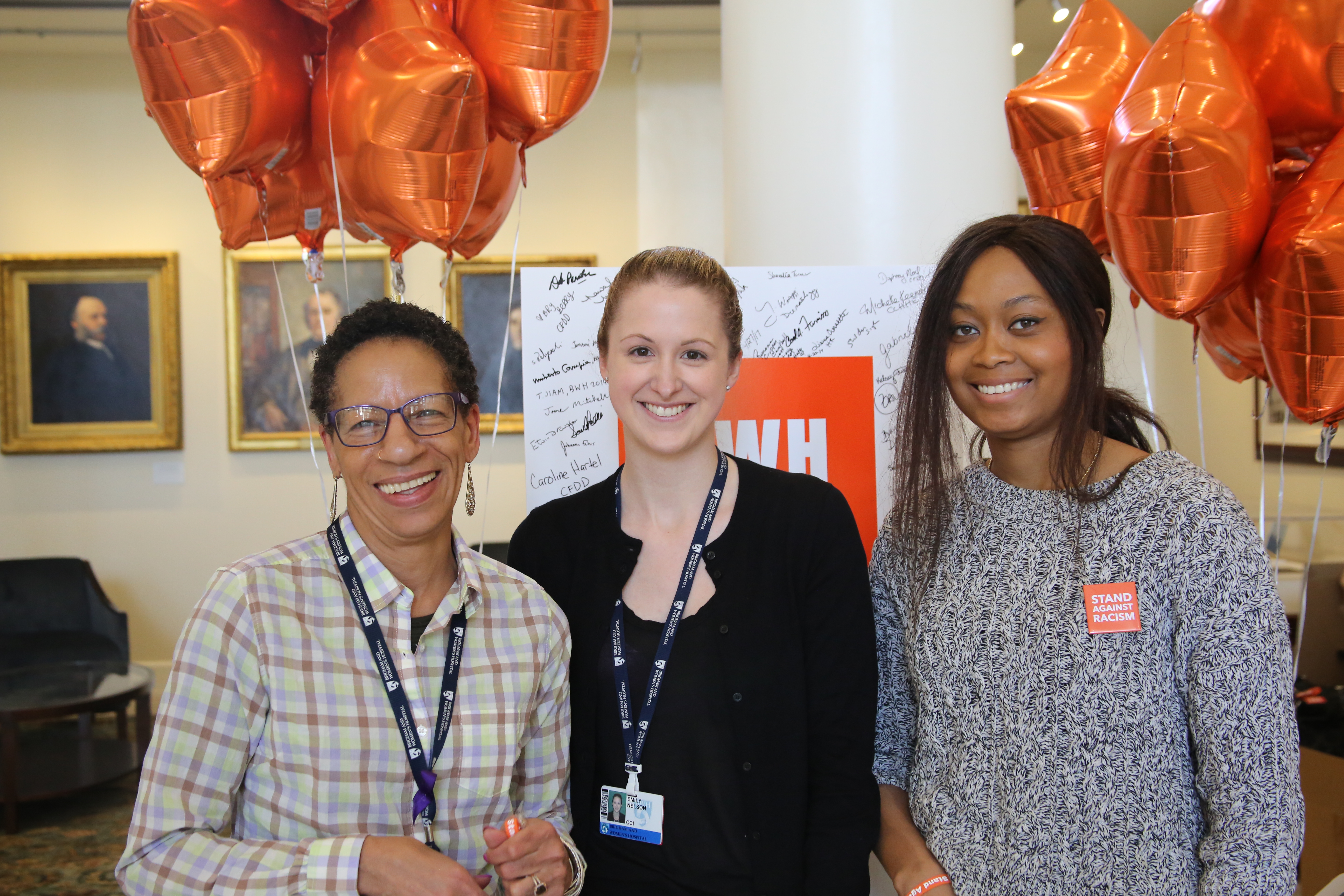 “I am proud to stand with my colleagues today to sign this pledge,” Smith said. “The Brigham community represents different cultures, religions and races, and today is an excellent reminder that we need to work together every day to address intolerance.”
Shirma Pierre, administrative director of the CCHHE and chair of the BWH chapter of AMMP, enjoyed engaging fellow BWHers about diversity and inclusion at the Brigham.

“It’s hard to put into words how much this event meant to me,” Pierre said. “It’s gratifying to know that there are like-minded people at the Brigham who are actively working to promote racial equity. I already can’t wait for next year’s event.”

Reflecting on the signatures on the board, Pierre said each individual on there represents an ambassador for racial equity and inclusion at BWH.

“Each and every one of these signatures represents a potential agent of change,” Pierre said. “I hope we take the momentum we gained last week and continue to find ways to unite against hate and stand against racism in all its forms.”

View a photo gallery from the event.