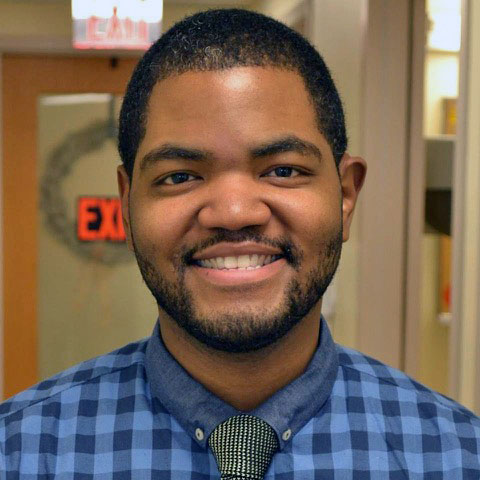 Brigham Health mourns the loss of Darryl Powell Jr., MD, chief resident in the Harvard Brigham and Women’s Hospital/Boston Children’s Hospital Combined Internal Medicine-Pediatrics Residency Training Program, who passed away suddenly over the weekend after a brief illness. He was 30.

He was known for his joyful spirit, the exceptional care he provided to patients, the relationships he formed with his colleagues and his devotion to improving care for underserved populations. A sentiment shared by Colleen Monaghan, MD, associate program director of the Med-Peds residency program, was echoed by many who knew him: “Anyone who had an encounter with Darryl left feeling better.”

This was certainly the case for his patients. Dr. Powell put them at ease with his warmth and clinical acumen, especially when they were under tremendous stress. And the special way he had about him was equally cherished by the residents and students who looked up to him as a leader, mentor and friend.

“Darryl would be the first person to reach out to you when there was something going on in your life that was getting you down, and he would universally make things better, both immediately and later, behind the scenes,” said Charles “Nick” Cuneo, MD, a second-year resident in the Med-Peds program. “He took his job as chief resident seriously and extended it well beyond what the role required; we formed a very tight community because of his leadership.”

Dr. Powell was selected as chief by leaders in Internal Medicine and Pediatrics because of his clinical expertise, leadership skills and how much he cared for his fellow residents. He was a beloved mentor, not only for trainees at the Brigham and Children’s, but also for medical students and residents nationwide as part of the Student National Medical Association.

He set a powerful example for those he trained about what it means to be an excellent physician.  “He had this way about him where he always instilled confidence in the clinical plan, responded to patient needs and was warm and accessible to patients and families,” said Cuneo.

Dr. Powell chose medicine-pediatrics because he wanted to pursue a career that would allow him to focus on improving the transition from pediatric to adult care for patients with chronic diseases that appear during childhood, such as sickle cell disease.

Sickle cell disease is most common among those of African descent, and there are disparities in the care of patients with the disease. Dr. Powell was intensely focused on addressing inequities related to race and ensuring that these issues were discussed openly and honestly among residents and faculty.

“He led a lot of teaching sessions for us and coordinated a monthly series with a focus on social justice,” said Monaghan. “He helped us think about how we can be better physicians, address inequities and increase recruitment and retention of minority students, residents and faculty members.”

Evan Shannon, MD, MPH, a second-year resident, co-chaired the residency program’s Diversity and Inclusion Committee with Dr. Powell. Shannon remembered his friend and mentor for his unwavering commitment to health equity – in Boston, his native Philadelphia and beyond – and to increasing recruitment and retention of people of color in the health care field.

“He inspired me to learn more about those issues, discuss them and ensure the program, department and hospital leadership realized their importance,” Shannon said. “It’s such a loss not only for us, but also for all the lives he hadn’t yet had the opportunity to touch.”

Everyone who knew Dr. Powell spoke about his passion for work and life. “Darryl had an effusive personality and exuded joy in the world,” said Sharma. “He was uplifting of the people around him. He’s a man who sang in church and for the annual Medicine and the Muse celebration at the Brigham. In an email chain that medicine residents send around, he would write uplifting commentary to his fellow residents.”

Brian Hasseslfeld, MD, second-year resident in the Med-Peds program, also spoke about Dr. Powell’s passion for his life, profession, faith and family. “His vibrancy will live on in all of us whom he touched, and I hope we can pass that on to our patients in the same way.”

Dr. Powell attended the University of Pennsylvania, where he earned his bachelor’s degree in Biological Basis of Behavior, and his medical degree from the Perelman School of Medicine. He came to the Brigham in 2013 for residency and saw patients at BWH, BWFH, Boston Children’s Hospital and Boston Medical Center.

Dr. Powell was about six weeks away from completing his final year in residency. He had plans to do a fellowship in pediatric hematology/oncology at Children’s Hospital of Philadelphia, where his family lives.

Dr. Powell is survived by his parents, Darryl Powell Sr. and Zimbeana Powell, and his sister, Derelisha Powell. A joint memorial service is being planned with Boston Children’s Hospital and Boston Medical Center.

May 12 Memorial Service for Darryl Powell, MD
All staff are invited to attend a service for Dr. Powell on Friday, May 12, at the Joseph Martin Conference Center amphitheater at 77 Avenue Louis Pasteur. Refreshments will be served 5-5:30 p.m. The ceremony will begin at 5:30 p.m. and conclude at 7 p.m. The service is being planned by BWH, Boston Children’s Hospital and Boston Medical Center, in coordination with the Bethel African Methodist Episcopal Church in Jamaica Plain.

The Powell family has set up a fund for donations to be made in Dr. Powell’s memory in support of sickle cell disease at BWHgiving.org/powell.