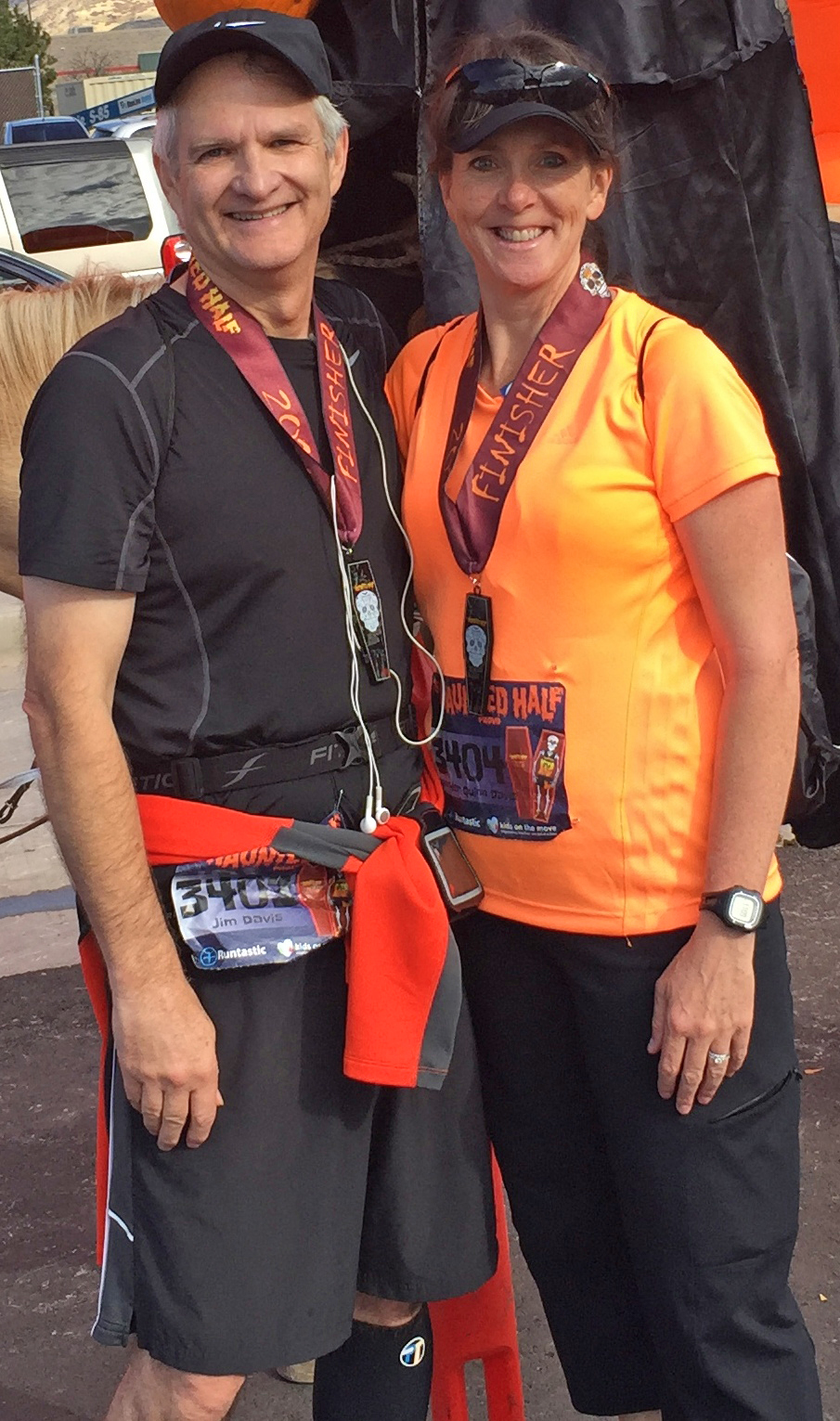 Jim Davis was a mile into last year’s Boston Athletic Association 5K when suddenly he couldn’t breathe. The last thing he remembered was hearing his wife, Jennifer, who was also running in the race, call out for help.

“I knew something was wrong,” said Jim, a professor from Utah. “I thought I had been fighting a cold a week or so before the race, but it ended up being much worse.”

Jim was rushed by ambulance to Massachusetts General Hospital, where doctors discovered that four major arteries in his heart were 75 percent blocked. Two days later, on Marathon Monday, he underwent heart surgery.

The events of that weekend were supposed to play out much differently for the pair who met on a blind date almost four years ago. They had planned to run the 5K together that Saturday, and then Jennifer was set to run her 16th consecutive Boston Marathon on Monday.

“We were so excited, but then everything changed in the blink of an eye,” said Jennifer, a commercial interior designer and long-time runner. “We went from hearing the cheers from the crowds along the route to hearing sirens.”

Jennifer ended up not running the 2016 Boston Marathon. Instead, she watched the race on TV from her husband’s hospital room – an image Jim says he’ll never be able to forget.

“I saw the pain in Jennifer’s eyes as she sat there watching the elite runners take off,” he said. “I wanted nothing more than for her to run. She should have been there. It breaks my heart she ended her string of consecutive Boston Marathons because of what happened to me.”

Before surgery, Jim, who wore Jennifer’s Boston Marathon bib as he was wheeled into the operating room, made a promise to his wife that they would run together in the 2017 Boston Marathon. And that’s exactly what they will do on Monday, April 17.

While researching different teams they could join for the 2017 race, Jennifer and Jim said they were inspired to run with BWH’s Stepping Strong Marathon Team after learning more about the mission and work of The Gillian Reny Stepping Strong Center for Trauma Innovation.

Jim said he wants to run to help raise awareness of the center and everything it does to inspire hope and transform outcomes for civilians and soldiers who have suffered traumatic injuries and events. He also felt a personal connection to BWH, as one of his care providers, Sanjay Divakaran, MD, was a BWH Cardiovascular Medicine fellow doing a rotation at MGH at the time of Jim’s surgery.

“Being in Boston for the Marathon literally saved my life,” said Jim, who will run his first Boston Marathon this year. “I received care in the greatest city for health care in the world. I want to run to save the lives of others. Running with the Stepping Strong team is an absolute honor.”

The couple has run several races together, including a marathon at Mount Kilimanjaro in Tanzania, Africa, but participating in the Boston Marathon together will be something they’ll forever cherish.

Describing the Boston Marathon as the “Super Bowl of races,” Jim is looking forward to crossing the finish line holding Jennifer’s hand.

“Running together is the best part of our lives,” Jim said. “Running Boston with Jennifer is a dream come true. I’m so much happier when I’m running alongside her. It means the world to me that in just a few short days, we’ll be back in the city that saved my life.”