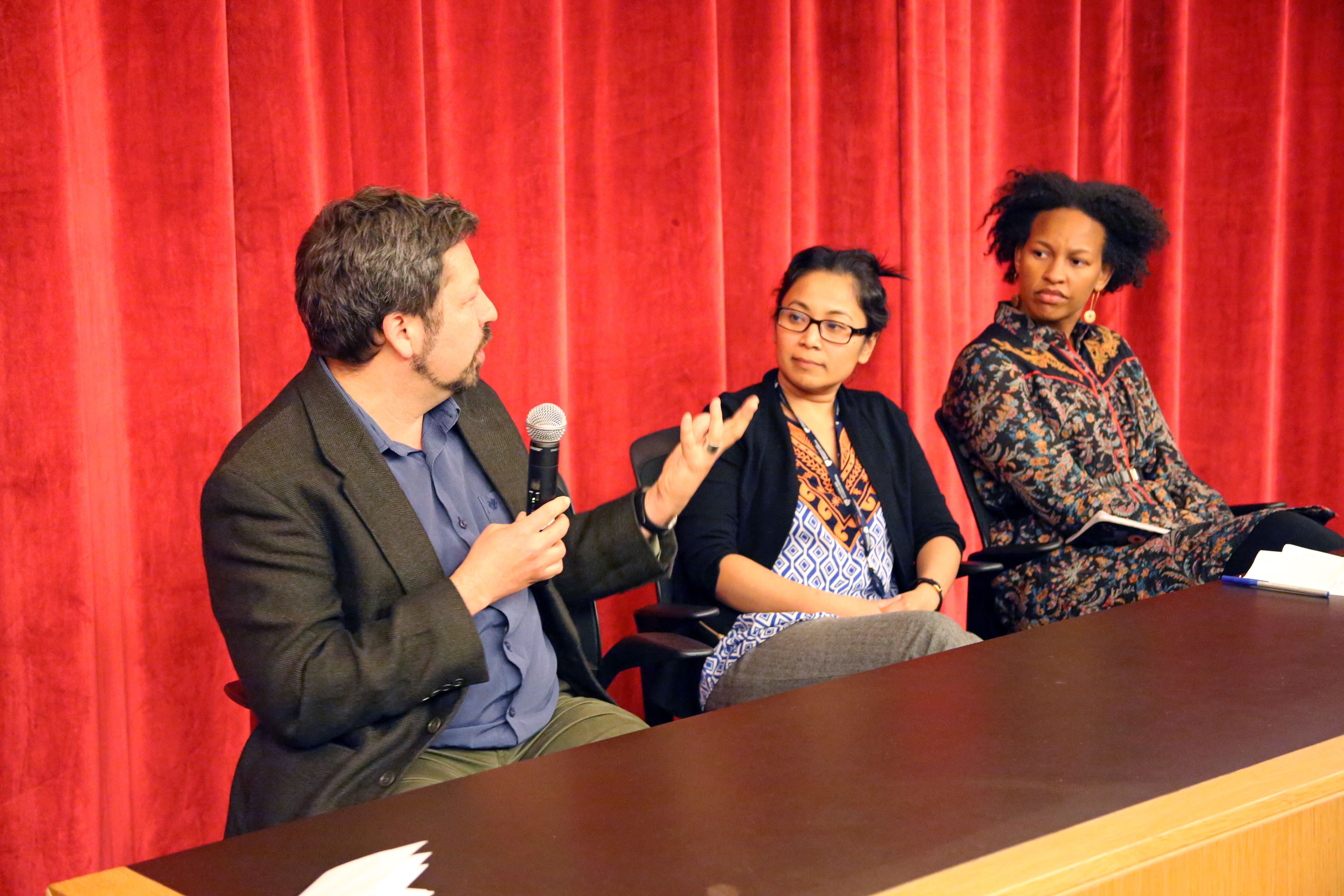 Are some lives too expensive to save?

Global health experts from BWH and a Harvard ethicist debated that question after a screening of “The Life Equation,” a documentary that explores the intersection of big data and global health, at the Harvard T.H. Chan School of Public Health on April 3.

The film, directed by Rob Tinworth, shows how technology has enabled experts to develop algorithms that determine how donor funding can be allocated to treatments that serve the largest number of patients. For instance, the same amount of money needed to cover radiation therapy for one cancer patient could purchase enough mosquito nets to prevent malaria for a thousand people.

Yet when clinicians come face to face with someone suffering – and in need of costly treatments that may briefly extend life, but not save it – academic solutions ring hollow, according to some speakers in the film and panelists who discussed it after the screening.

In the documentary, Tinworth follows the stories of Crecencia Buch, a Guatemalan woman living in poverty and unable to afford treatment for cervical cancer, and Shree Ram Tiwari, MD, a surgeon at a rural Nepalese clinic with scarce resources. Woven between the narratives, experts debate how global health dollars can do the most good.

Among those featured in the film is Peter Rohloff, MD, PhD, an associate physician in the Division of Global Health Equity and co-founder of Wuqu’ Kawoq | Maya Health Alliance, which provides integrated chronic disease management to rural, indigenous Maya populations in Guatemala. The nonprofit helped secure the funds needed for Buch’s medical expenses, which surpassed $8,000.

During an interview in the documentary, Rohloff asserts that the goal of global health is “not just about keeping the largest number of people possible alive.”

“It’s about changing the condition of life so that life can be worth living,” he said. “Giving a mother more years with her children is precisely about living – not just about ‘not dying.’”

Other experts in the film counter there aren’t enough resources to save everyone, so algorithms can allocate those dollars to efforts with the lowest cost and broadest benefit.

Ruma Rajbhandari, MD, MPH, an associate scientist in the Division of Global Health Equity, was one of four panelists who shared their perspectives after the film. Metrics like disability-adjusted life years (DALY) can provide broad generalizations about disease burden, she said. But Rajbhandari added that she rejected the idea that DALYs alone should guide decisions about health care in developing countries.

“There are just too many variables that come into play, such as the mother who wants to go home three hours after delivering a baby because she’s got four or five other children at home, along with goats and cows to take care of, and refuses to stay in the hospital longer than she has to,” Rajbhandari said. “There are so many variables that I cannot imagine any equation that sums it up.”