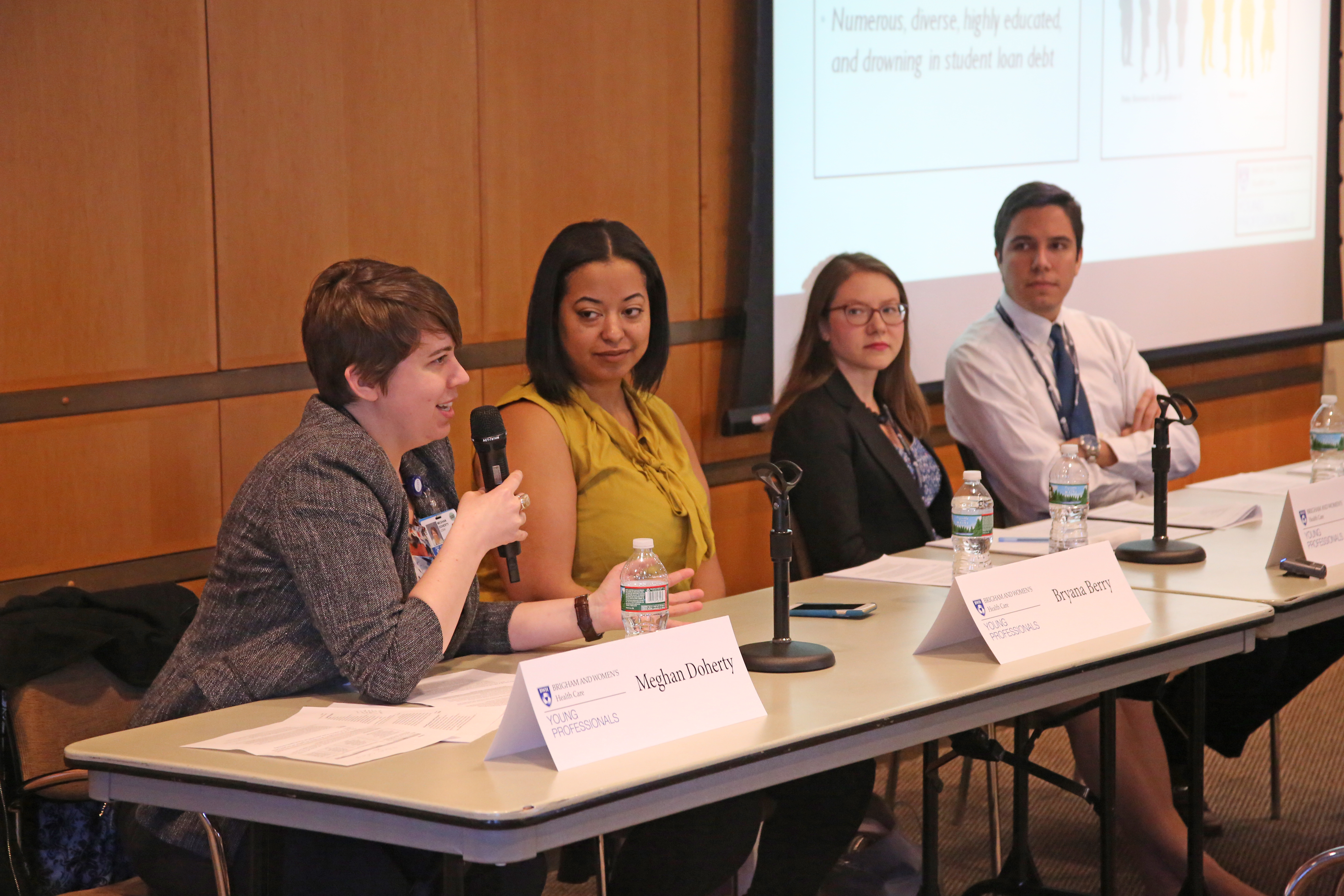 Bryana Berry is proud to be a millennial.

A program manager in the Center for Faculty Development and Diversity, she feels fortunate to be a part of the millennial generation and work among colleagues in the same demographic.

“Millennials are innovative, energetic, ambitious, entrepreneurial and filled with great ideas,” Berry said. “We sincerely value being part of an organization’s larger mission and working toward it. For me, I want to lead a fulfilled life as a millennial, both at work and outside of my job.”

On March 30, Berry was among four BWHers who offered their perspectives on living and working as a millennial – a person born between 1980 and 1996. The panel discussion, “Millennials in the Workplace: A Conversation with BWH’s Young Professionals,” was hosted by Human Resources, in partnership with the BWH Young Professionals, one of BWH’s three employee resource groups. The Young Professionals group provides professional development, networking opportunities and support for early-career staff.

Inside a packed room at One Brigham Circle, Berry was joined by fellow panelists Meghan Doherty, LICSW, an Inpatient Psychiatry social worker at BWFH; Emily Wilson, a project manager in the Center for Surgery and Public Health (CSPH); and Juan Herrera-Escobar, MD, a trauma surgery research fellow at CSPH.

According to the Bureau of Labor Statistics, roughly 73 million people were born between 1980 and 1996, and they’re estimated to comprise nearly 75 percent of the workforce by 2030. The panelists explained while the term “millennial” often tends to carry a negative connotation, they agreed millennials bring fresh perspectives, the ability to multitask and the desire to work hard.

“Millennials are making use of every moment we get. There’s a lot to learn from our generation by just watching us move through the world,” Berry said.

When discussing how their generation will influence the health care industry, specifically at the Brigham, the speakers discussed several attributes and values common among millennials – such as their familiarity with technology and sensitivity to issues around diversity and inclusion – that can improve patient care.

In addition, millennials often want to feel as though they are participating actively in the larger system, Doherty said.

“We want to do more than what is required of us each day in our jobs,” she said. “We want to bring thoughts to the table about making structural differences and identifying gaps in the ways things can be improved and changed upon for generations to come.”