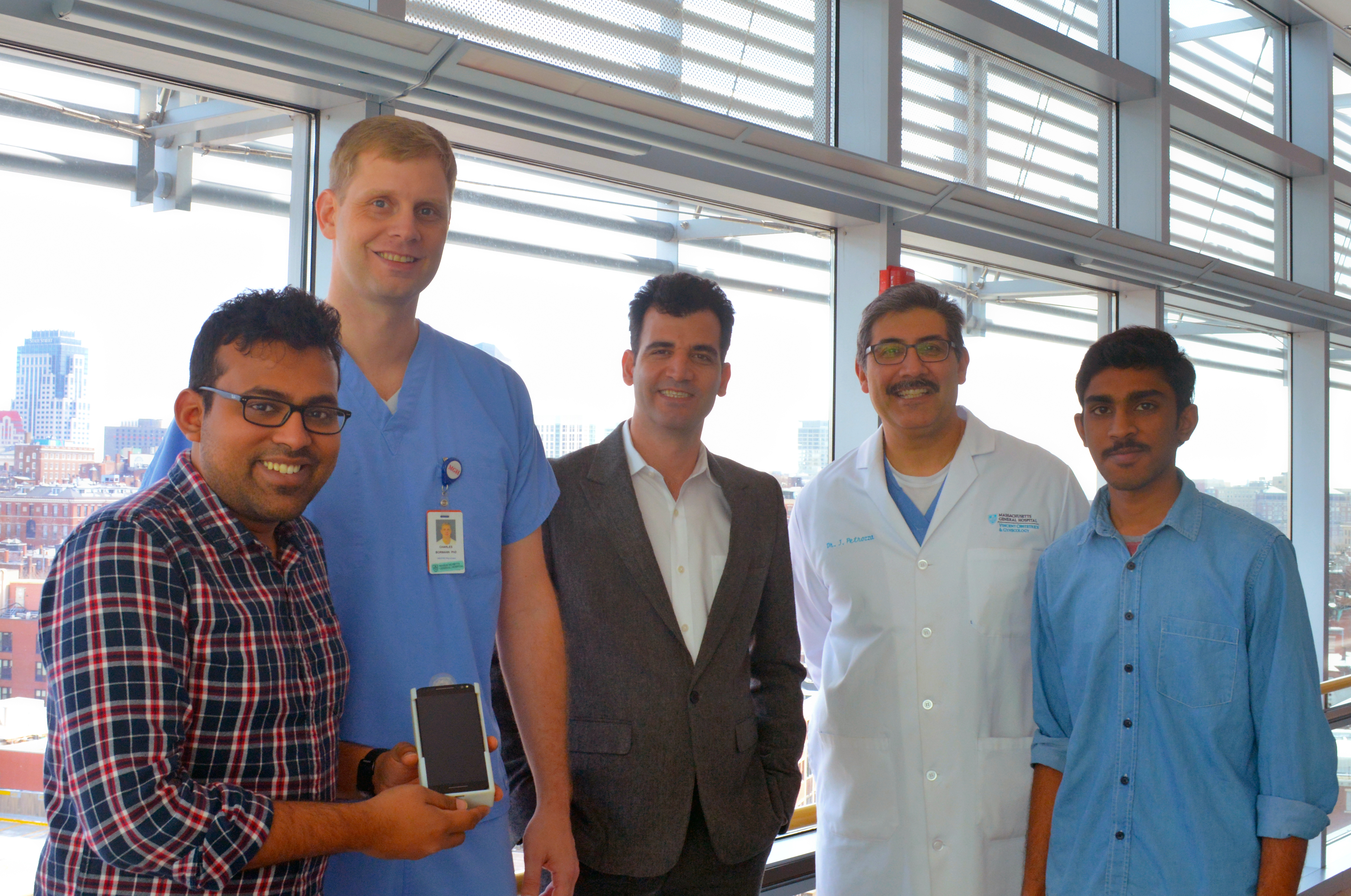 Walk down the family planning aisle in any drugstore and one observation becomes immediately clear: Most at-home fertility tests on the shelf are catered to women.

Hadi Shafiee, PhD, of the Division of Engineering in Medicine and Renal Division of Medicine, set out to change that.

More than 45 million couples worldwide grapple with infertility, but current standard methods for diagnosing male infertility can be expensive, labor-intensive and require testing in a clinical setting. Men contribute to infertility in more than 40 percent of cases, but across many cultures, women are often presumed to bear sole responsibility when a couple struggles to conceive. In addition, social and cultural stigma, and lack of access in resource-limited countries, may prevent men from being tested.

Joined by researchers from BWH and MGH, Shafiee developed a diagnostic test to measure semen quality that men could conduct in the privacy of the own home, using a smartphone-based device. Their latest findings indicate that the analyzer can identify abnormal semen samples – measuring sperm concentration and motility – with approximately 98 percent accuracy. The results were published online this month in Science Translational Medicine.

“We wanted to come up with a solution to make male infertility testing as simple and affordable as home pregnancy tests,” Shafiee said. “Men have to provide semen samples in these rooms at a hospital, a situation in which they often experience stress, embarrassment, pessimism and disappointment. Current clinical tests are lab-based, time-consuming and subjective. This test is low-cost, quantitative, highly accurate and can analyze a video of an undiluted, unwashed semen sample in less than five seconds.”

The analyzer consists of an attachment, similar to a phone case, that connects to a smartphone and turns it into a small microscope. A semen sample is placed on a disposable kit that is inserted into an opening in the attachment for analysis. The team also designed an app to guide users through each step and a miniaturized weight scale that wirelessly connects to the smartphone to measure total sperm count and total motile sperm.

The analyzer is currently in a prototyping stage. The team plans to perform more tests and file for FDA approval.

In addition to the hard work of his lab team, Shafiee credits the Brigham Innovation Hub for helping turn an idea into device by connecting him with experts and providing pilot funding.

Shafiee’s team, which focuses on developing new technologies using microfluidics – the science of using fluids in microliter-sized amounts – sees many applications for the technology. One other possible use for the device could be for men who have had a vasectomy and want to verify the procedure was successful. Usually, men must visit a urologist for several months after the surgery; the new test may allow them to be monitored at home.

“My job is to try to understand some of the problems patients and physicians face in the clinic and to help develop new solutions. We are always thinking about what’s next and how to develop something new,” said Shafiee.