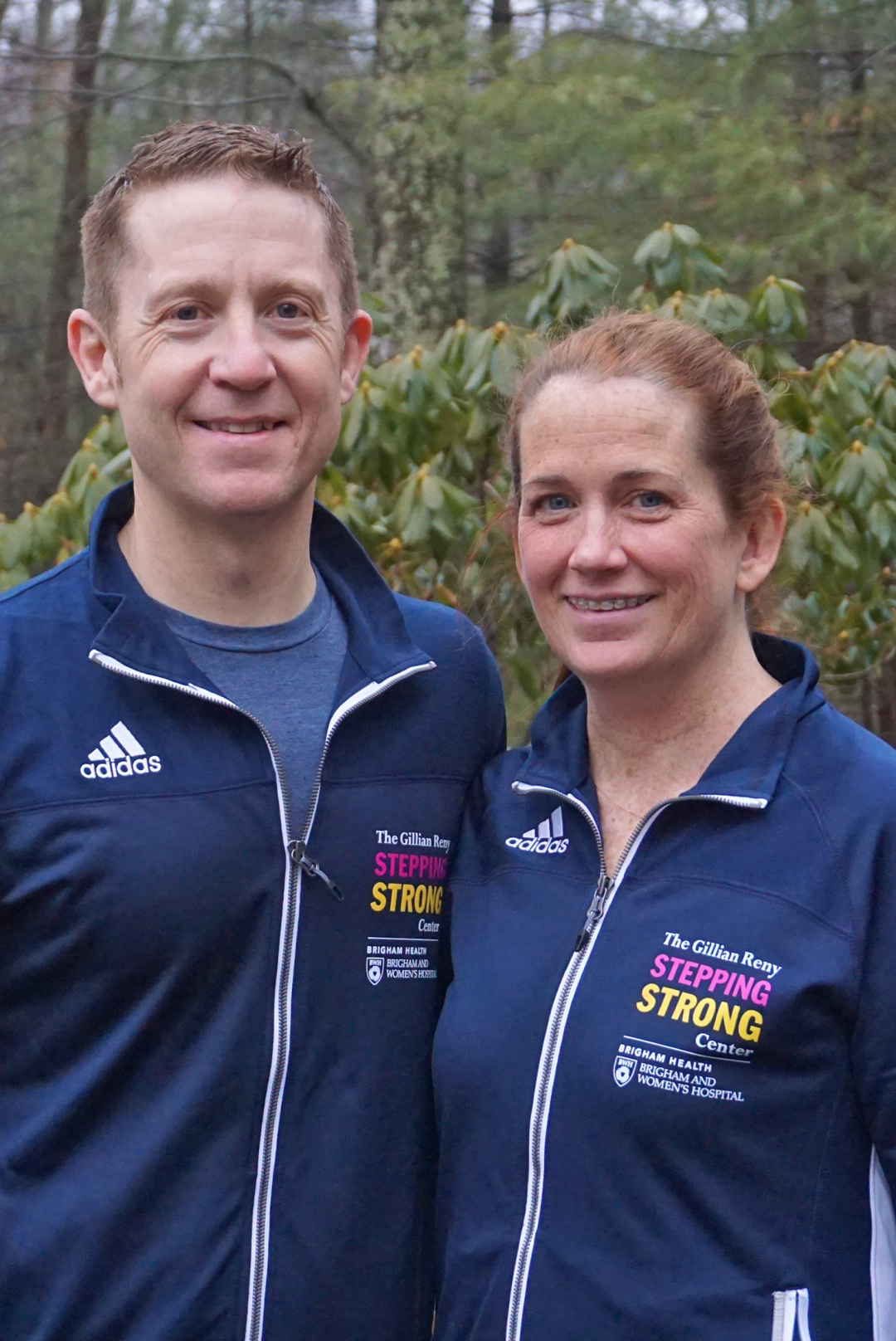 This is the third installment in a weekly series profiling runners participating in this year’s Boston Marathon on behalf of BWH.

Jeannie Sullivan was scrolling through her Facebook newsfeed last year when she saw a message from an old high school classmate. The woman was responding to a post Jeannie had written about epilepsy, the neurological disorder that contributed to the death of her 22-year-old nephew, A.J. Trustey, in 2014.

Jeannie, who had lost touch with the classmate, was surprised to learn how the disorder devastated her family: One daughter had died as an infant from epilepsy, while the other was also afflicted with it and experiencing a poor quality of life.

“That was the moment that made me realize this is truly bigger than A.J.,” said Jeannie, who will run the Boston Marathon on April 17 with her husband, Kevin, in support of the A.J. Trustey Epilepsy Research Fund at BWH, where A.J. received care.

The BWH fund was established by A.J.’s parents, Joe and Kris Trustey, and their three surviving children, Caroline, Anna and Claire. The family suffered another devastating tragedy the year after A.J.’s death when Jeannie’s brother Joe, 53, and Anna, 18, were killed in a plane crash while en route to Wisconsin to visit a college. The two were in a single-engine plane flown by Joe, described by peers as an extremely careful pilot, when an accident occurred during landing at a Milwaukee airport.

“At A.J.’s funeral, my brother said he was going to commit himself to a life of raising money and awareness for epilepsy,” Jeannie said. “So when I heard from this woman through Facebook, I thought, ‘This is what my brother had in mind, and this is what it means to carry on his legacy.’”

Jeannie and Kevin say they were inspired by how A.J.’s parents and siblings channeled their grief into helping others and giving back to the hospital that helped A.J. so much. It was an easy decision to continue that work. As part of that commitment, Kevin will run the Boston Marathon route three times over three days – Saturday, Sunday and Monday – in memory of their three loved ones: Joe, A.J. and Anna.

That Saturday, April 15, friends and family members are expected to run part of the route with Kevin, an accomplished long-distance runner, in support. He anticipates that his run on Easter Sunday, April 16, will likely be solo – offering moments of reflection that he looks forward to as much as he does the exhilarating crowds on Marathon Monday.

“It will be very introspective to be on my own on Easter Sunday and powering through the route, thinking about Joe, A.J. and Anna,” Kevin said. “I really think they’ll be with me during that run, so it will be very special.”

Paying Tribute to Love and Laughter

While this year’s marathon will be an emotional one for Kevin and Jeannie, they have also committed to making it one that celebrates the love, light and, especially, the laughter that Joe, A.J. and Anna brought to their lives.

Joe was famous for his sense of humor and epic pranks, family members say. At the financial firm where he worked, Joe organized friendly competitions between colleagues who were alumni of Boston College and Notre Dame, two college football rivals. Whenever the Eagles played the Fighting Irish, alumni from the losing team’s school had to proclaim their defeat by wearing silly costumes or shaving their heads – or whatever funny, unexpected requirement that Joe, a Notre Dame alum, cooked up, Kevin said.

In honor of fun memories like this, Kevin agreed to run in a purple tutu – the color representing epilepsy awareness – on Marathon Monday if he met his fundraising goal.

To learn more about the BWH marathon program, visit crowdrise.com/BWHBoston2017.