Boston Marathon 2017
This is the second installment in a weekly series profiling runners participating in this year’s Boston Marathon on behalf of BWH. 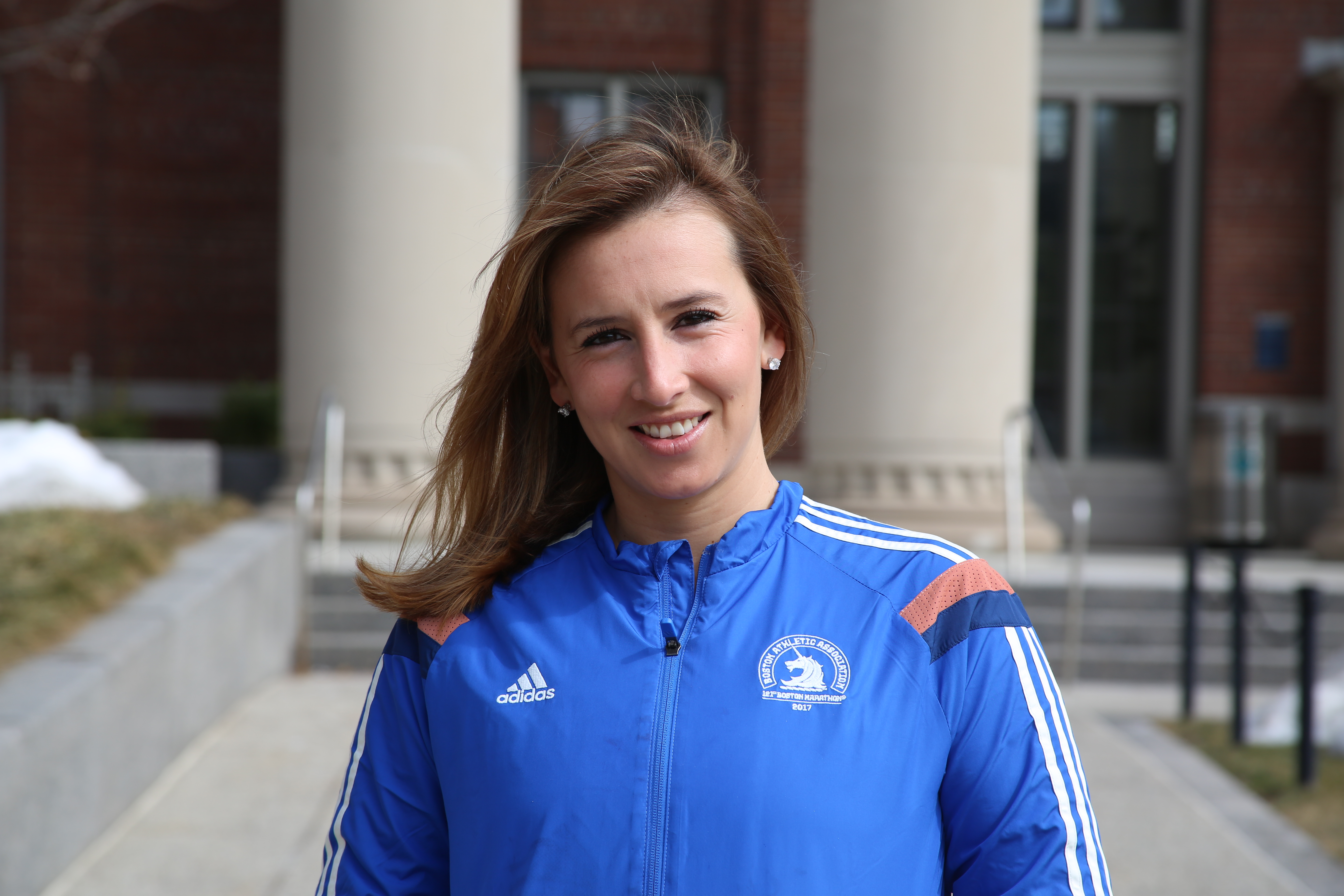 “Every time I put it on, I instantly picture myself lacing up my sneakers and gathering with teammates at the starting line in Hopkinton,” Bustamante said. “I am counting down the days until that image becomes reality.”

“I wanted to run, not only to honor Dr. Davidson, but to honor him with an event that celebrates life,” she said.

Bustamante began running two years ago with the encouragement of her mother, who became a runner at the age of 50. Bustamante ran her first half-marathon in Boston in 2015 with her mother. Since that time, she has developed a love for running.

Aside from suffering a minor leg injury, Bustamante said training has been going well. She’s enjoyed the opportunity to train for the marathon in different parts of the world, including Haiti and Madagascar, while traveling as part of BWH’s International Emergency Medicine Fellowship program.

One of her favorite training memories was from her time in Madagascar. Bustamante woke up early every morning to run. After a couple of days of doing this, children living in the village started running with her.

“The kids motivated me to keep going,” Bustamante said. “I’ll be thinking of them and Dr. Davidson on Marathon Monday.”

One Response to “Running to Honor Dr. Michael Davidson”