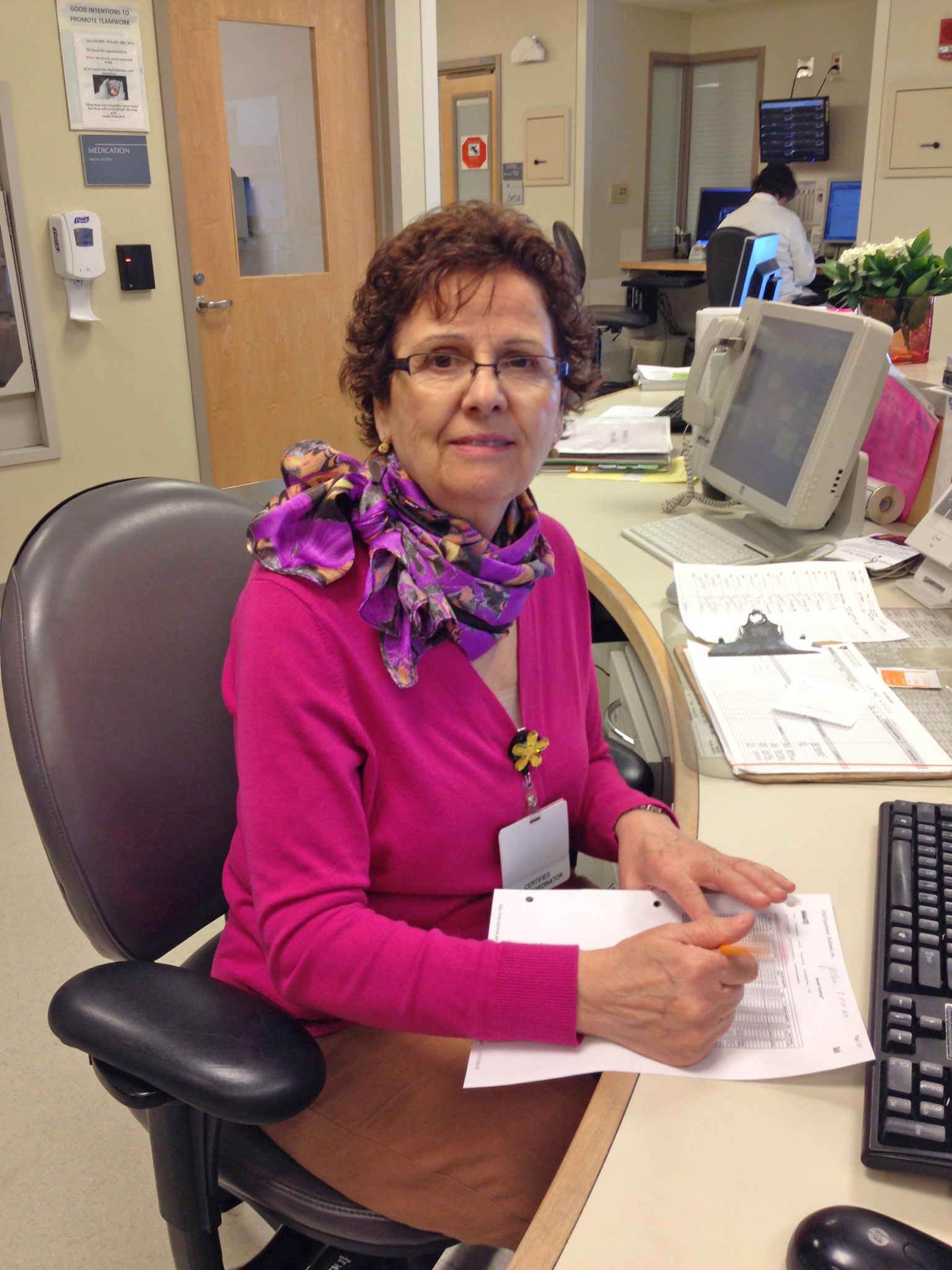 BWH and the Division of Cardiac Surgery mourn the loss of Yllka Varfi, who passed away on Feb. 14, due to pancreatic cancer. She was 68.

Born in Tirana, Albania, Ms. Varfi immigrated to the United States in 1997. She was a classically trained violinist and performed with the Albanian Radio-Television Symphony Orchestra for over two decades. After moving to the United States, she joined the New England Philharmonic and the Brigham family.

As a unit coordinator, Ms. Varfi worked closely with many colleagues from several departments. She was honored in 2010 with the BWH Administrative Support for Patient Care Award for her outstanding work ethic and devotion to helping others.

Genina Salvio, PA-C, a physician assistant in the Division of Cardiac Surgery, knew Ms. Varfi for the entire time she worked at BWH. She remembers one holiday when Ms. Varfi brought her violin in and played for staff and patients. She said people began popping their heads out of their rooms to listen to her music: “You could hear a pin drop as she played. Everyone was silent as they listened to Yllka’s beautiful music. I still get chills thinking about that moment.”

Salvio said whenever she saw Ms. Varfi, she knew it would be a good day.
“Yllka’s inherent warmth reverberated throughout the halls of the Brigham, bringing an involuntary smile to everyone’s face with her unparalleled care and boundless enthusiasm,” Salvio said. “Her life boiled down to one word: love. She had so much love for her family, her patients, music and everyone at the Brigham.”

Nicole Sica, BSN, RN, a charge nurse on the Cardiac Surgical Step-Down Unit on Shapiro 6 East and 7 East/West, worked closely with Ms. Varfi for 12 years. Charge nurses and unit coordinators have extremely interactive relationships, Sica said, and Ms. Varfi’s compassionate, approachable nature was a vital part of how smoothly the unit ran. Above all, Ms. Varfi’s professionalism and dedication to her job, and her hugs, are what Sica says she will miss the most.

“Yllka was like a mother figure to me,” Sica said. “She was a very gentle and caring soul. Yllka became a true friend and an extension of my family. I consider myself truly blessed to have known her.”

In addition to playing the violin, Ms. Varfi enjoyed cooking and gardening. She is survived by her two daughters, Elonia and Mirana Varfi; son-in-law, Andy Skillen; siblings, Besnik, Genc and Artan Kurshumi; and many cousins, nieces, nephews and friends.

One Response to “In Memoriam: Yllka Varfi, Cardiac Surgery”