For Pam Vigil, receiving a get-well message from New England Patriots placekicker Stephen Gostkowski made the team’s Super Bowl victory that much sweeter.

Since Jan. 30, Vigil, a dedicated Patriots fan, has been recovering at BWH after suffering a brain aneurysm at the Patriots Super Bowl send-off rally at Gillette Stadium. Before Vigil could cheer on the players as they headed to Houston for Super Bowl LI, she collapsed and was transported by med-flight to BWH. She underwent emergency brain surgery, performed by neurosurgeon Ali Aziz-Sultan, MD, and a multidisciplinary team.

“It was my first time attending one of the rallies, and I was so thrilled to be there,” said Vigil, who lives in Franklin with her husband, Brian, and their sons, Zach and Nick. “I never miss a game, so it was very important for me to be there. But before I could see the buses pull away with the team members inside, I started to feel sick. I don’t remember anything after that.”

The following Sunday, Vigil was able to cheer on the Patriots from her hospital room with Brian by her side and witness history in the making as the team won their fifth Super Bowl championship title since 2002.

“Pam is a strong person who has been through so much in the last few weeks,” Ferchak said. “While she was dealing with a life-threatening situation, she constantly maintained composure and dignity. I wanted to see if there was anything we could do to cheer her up because she’s an inspiration to me.”

Ferchak spoke with Shaun Golden, BSN, RN, CNRN, nurse director of the Neurosciences ICU, about ways they could support Vigil beyond her medical needs.

Thanks to the New England Patriots, the Brigham surprised Vigil and her family with a get-well greeting from Gostkowski. BWH’s Office Services team provided a laptop so that she could watch the video from her hospital room.
It was an emotional moment to witness, Golden said. “It’s wonderful that the players take time out of their busy schedules to acknowledge their fans,” he said. “I am proud of my colleagues for working together to pull this surprise off for one of our patients.”

Holding her husband’s hand as she viewed the message on repeat, Vigil said this video was “the best medicine” she could have asked for. “Whenever I think back to this year’s Super Bowl, I think about all of the amazing people who worked tirelessly to save my life,” she said.

The family has watched recordings of the Super Bowl game a few more times to relive what they call “one of the best games in football history.” 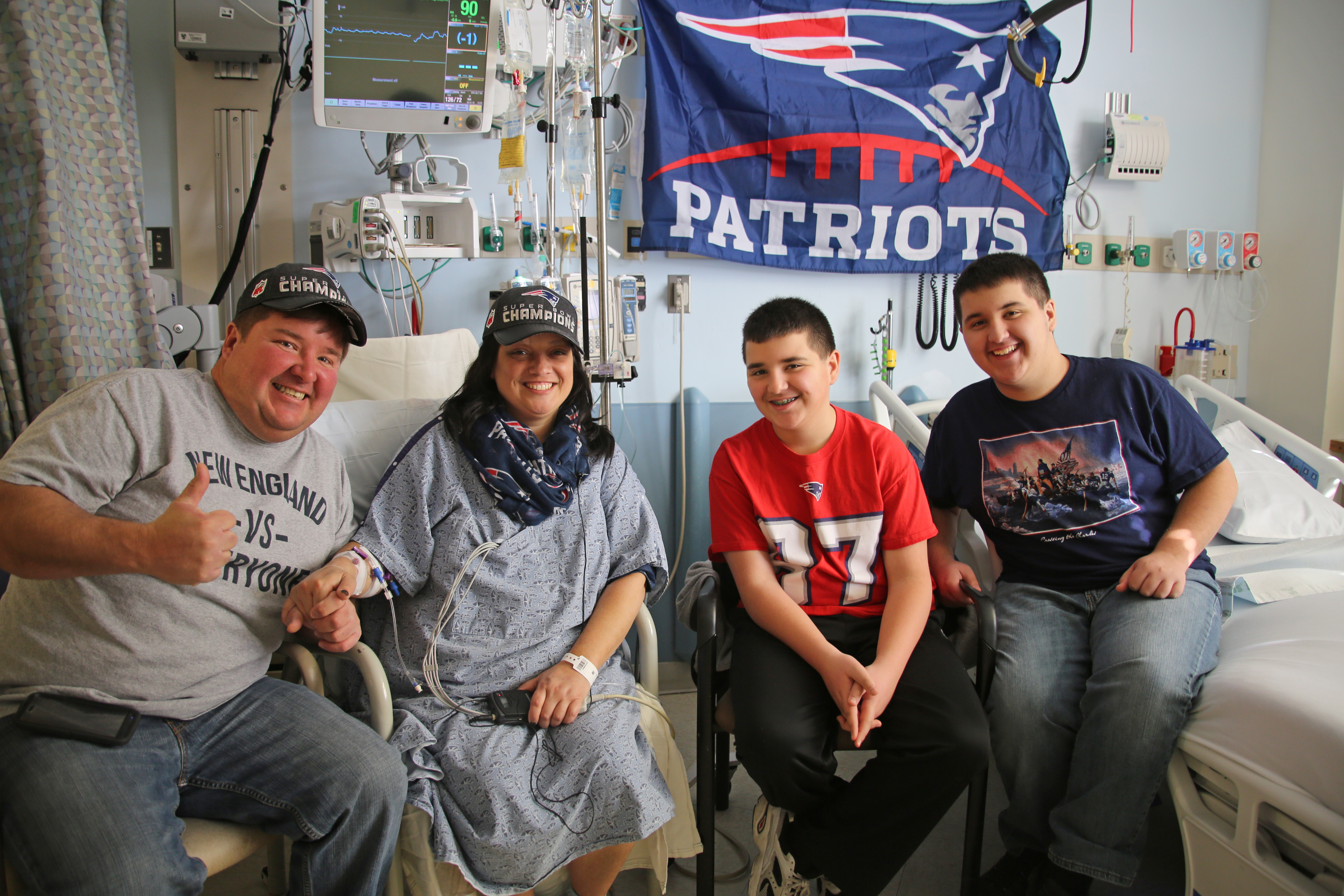 From left: Brian and Pam Vigil, with their sons