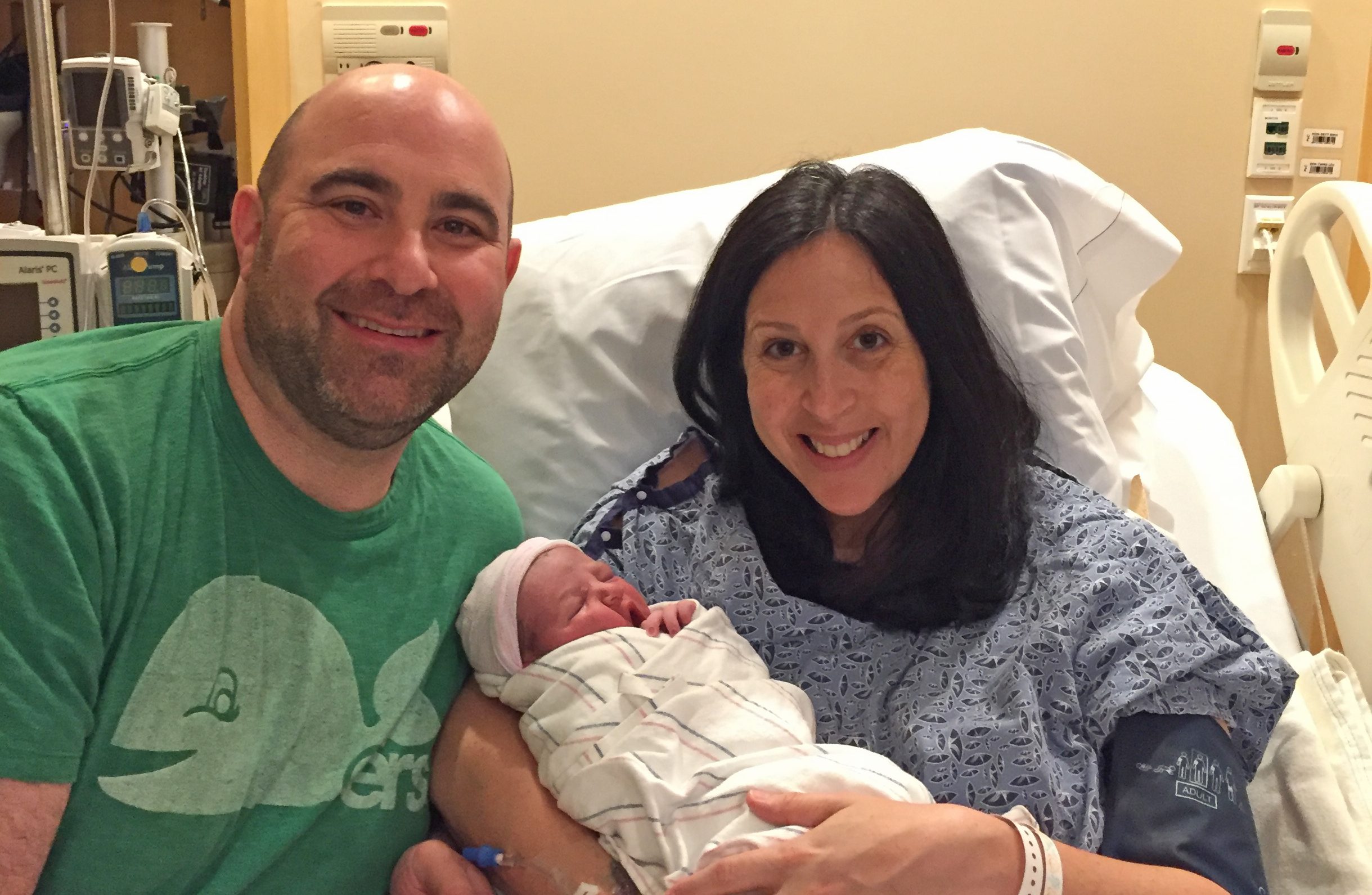 When I was pregnant with my first daughter, I was terrified of the labor and delivery. I like to have control over as much as I can, and childbirth seemed like the least amount of control I would ever have. But I knew I would be at the best hospital and that the doctors would take amazing care of me. Little did I know, it was the nurses who would impact my experience most of all.

The majority of my labor was 7 p.m.-7 a.m., coinciding with nurse Jennifer Mosaheb’s shift. Jenn was phenomenal. She meant business, but cared for me delicately. She was never flustered or rushed, and her overall demeanor allowed me to let her be in control. I delivered my daughter at 7:15 a.m., and I think I hugged Jenn before I held my daughter! I said to her, “I can totally do that again. I’ll see you in 18 months!”

I kept in touch with Jenn, sharing photos of my growing girl, and when I became pregnant nine months later, I told Jenn that she needed to be by my side again.

The days leading up to my second delivery were once again anxiety-ridden. Facing another childbirth experience, I was convinced it could not go as smoothly as my first – that seemed like it would be too lucky. And I had a young toddler at home who had no idea what was in store. I kept in touch with Jenn daily, hoping she would move her shift if needed.

I ended up with a 9 a.m. appointment on May 24 to get induced, so I sent Jenn a note and assumed I wouldn’t see her. Surely, I’d have the baby by 7 p.m., and I thought she probably wasn’t scheduled to work. But 7 p.m. came with no baby, and in walked Jenn. She was just as calm, cool and collected as the first time, and three hours later, she helped me welcome baby girl No. 2.

How lucky was I to not only have two healthy babies, but also to have the same amazing person bring them into this world? Jenn was such an important part of my experience becoming a mom – the two most shining moments in my life.