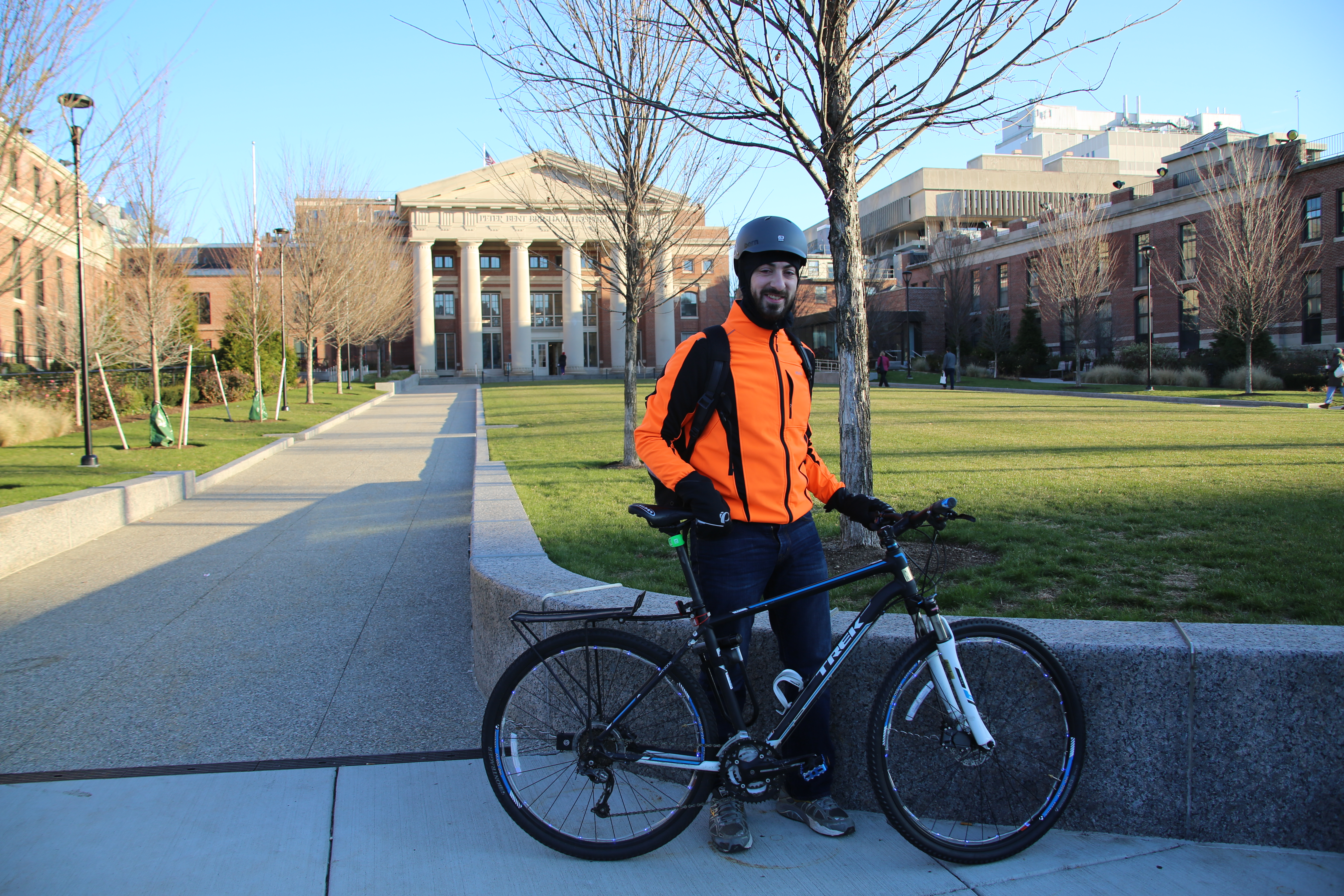 Alexander Frieden launched CarsInBikeLanes Boston as a result of his experiences commuting to Longwood as a cyclist.

Alexander Frieden bikes five days a week between his home in Somerville and the Brigham, where he works as a clinical informatics lead in the Department of Pathology. His experiences commuting those 3.8 miles on two wheels inspired him to create CarsInBikeLanes Boston, a website that allows users to report vehicles obstructing designated bike lanes in Boston and the surrounding area.

“People parked in bike lanes make it difficult and dangerous to commute by bicycle,” he said.

More than 46,000 people commute to the Longwood Medical Area for work each day, and 4 percent of those employees do so by bike, according to the Medical Academic and Scientific Community Organization (MASCO), a nonprofit serving the Longwood area.

Through transit and bike advocacy groups, Frieden learned of the CarsInBikeLanes NYC project, which launched in September. The platform’s developer made the source code available on Github, a website where developers share open source code, allowing Frieden to adapt it for the Greater Boston area. Over the course of a month, Frieden spent nights and weekends tweaking the code so that the reporting tool could be used for the Greater Boston area, including Boston, Cambridge, Brookline and Somerville.

Since its launch on Nov. 28, CarsInBikeLanes Boston has received more than 175 submissions of vehicles parked in bike lanes. Users are prompted to enter the date, time, cross streets and exact location of the parking violation, as well as a license plate number, a photo and any comments.

Frieden hopes the platform will increase awareness of the issue and be a resource for local municipalities. He is working with the city of Boston to explore how the data may be of use to city planners when building new infrastructure. This may include protected bike lanes, which offer a physical barrier between lanes designated for cyclists and the rest of the roadway.

“My hope is that people will routinely use the service and that civic leaders will be empowered to make data-driven decisions about cyclist and pedestrian safety,” said Frieden.