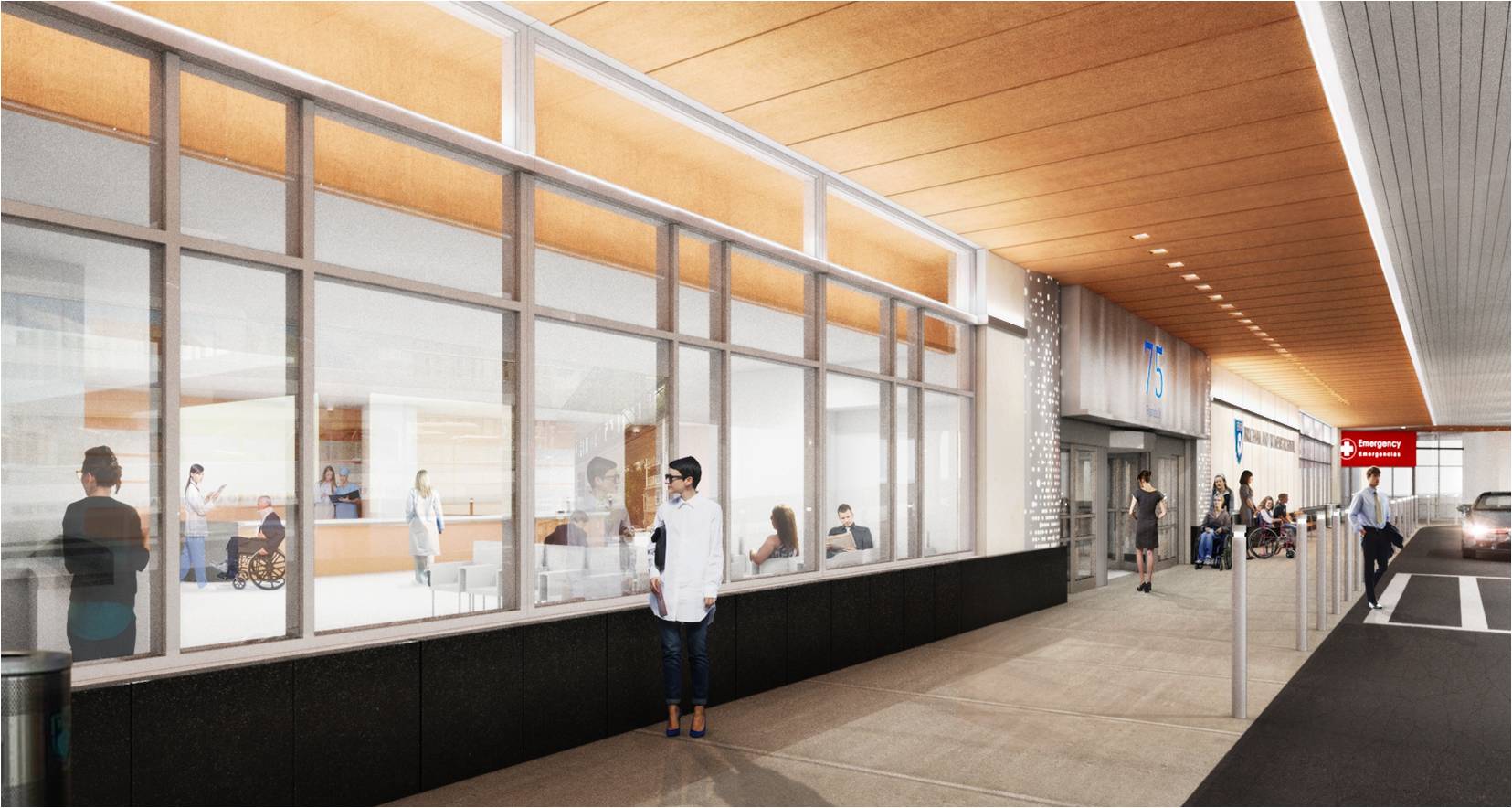 A rendering of the renovated 75 Francis entrance

Since the spring, BWH has been renovating portions of the 75 Francis St. exterior entrance to improve its appearance, safety, security and patient access. The project, which is being completed in two phases, will wrap up in September 2017.

As part of phase one, which is nearing completion in the coming weeks, BWH has updated the main entrance with new signs – including a new, larger one for the Emergency Department.

“It’s a bright, positive sign that reinforces what we do every day,” said Jeremiah Schuur, MD, vice chair of Clinical Affairs in Emergency Medicine. “I snapped a photo of it as I walked into my shift the other day because seeing the sign made me feel proud going into work. I have heard similar comments from other members of the Emergency Medicine team.”

The 75 Francis entrance is the hospital’s busiest, with more than 8,000 people passing through its doors on an average day.

A major component of the project was replacing the original ceiling of the 75 Francis driveway, as the infrastructure was damaged in some locations and wearing out due to its age. As part of the upgrade, faux wood paneling and new energy-efficient lighting fixtures were added to create a brighter, more welcoming backdrop for patients, visitors and staff coming into the hospital. The additional lighting also provides greater visibility and safety.

In addition, new benches have been added so that patients have a place to sit while waiting for a ride.

Phase two, expected to begin next year, will include overlaying the front facade with limestone panels and widening the exit at 75 Francis so that cars going either left or right onto Binney Street can exit simultaneously, which will help ease traffic congestion. The asphalt will also be updated with bright pavement markings in the crosswalk.

Steve Dempsey, director of Planning and Construction at BWH, said his team has already received a lot of positive feedback from staff and patients about the renovations.

“We feel the updates have modernized the look of the arrival at this location,” Dempsey said. “We want people to feel welcomed and cared for from the moment they pull up to our hospital, and improving the main entrance helps us achieve that goal.”