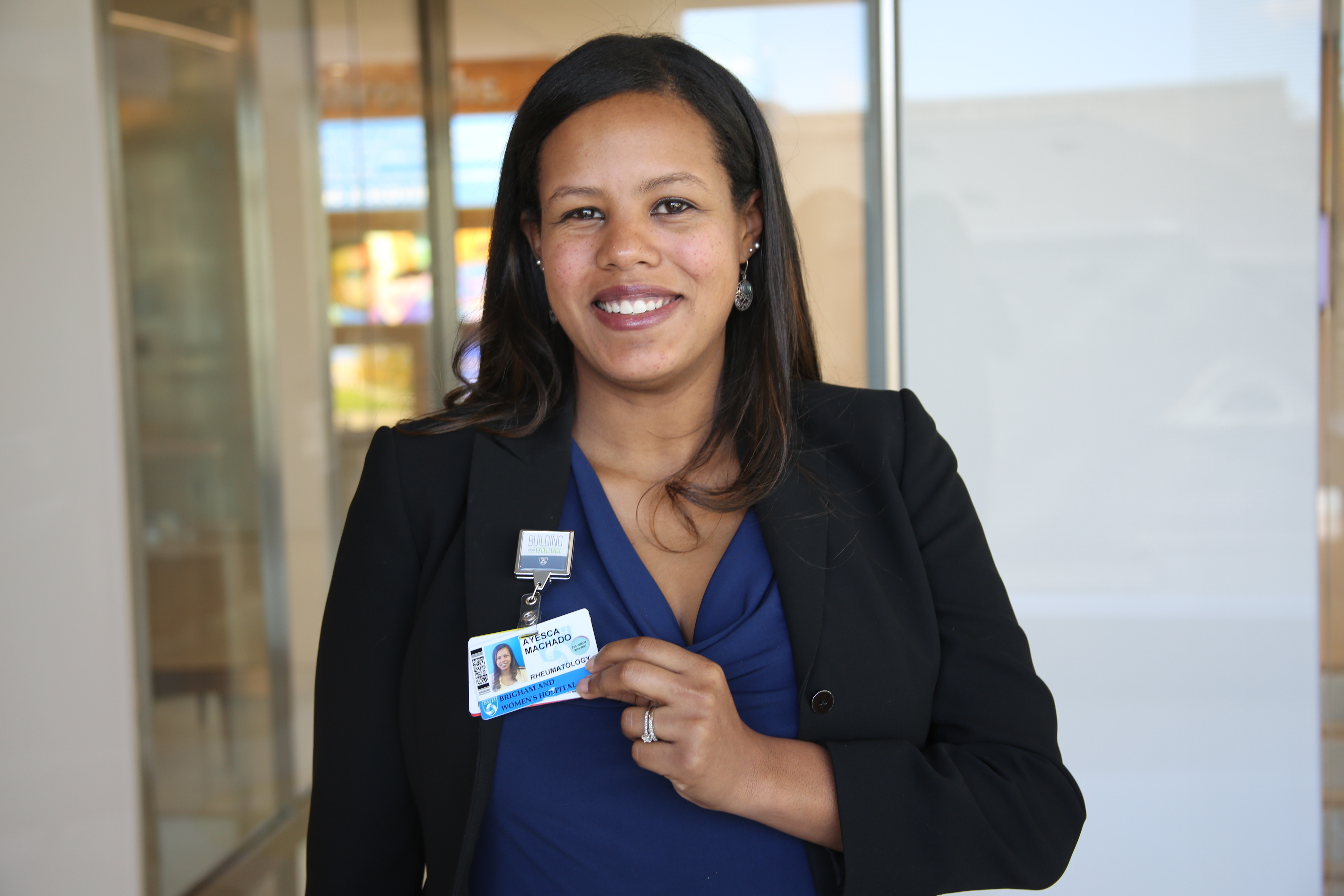 Surrounded by toddlers all day at the child care center where she once worked, Ayesca Machado thought she ought to get the flu shot so that she wouldn’t be sick around the children.

A week after getting the vaccine, though, she got sick. It didn’t feel like the flu, but it was a lot worse than the sniffles, she recalls. Machado, like many people, came to believe the myth that the flu vaccine caused the flu.

But when she started an internship with BWH’s Department of Quality of Safety this past January – and saw how important the flu vaccination program was at the Brigham – she opened her mind to revisiting her position on the flu shot. Machado sat down with a nurse practitioner in Occupational Health Services and shared why she was reluctant to get vaccinated against the influenza virus. Learning the facts about the flu vaccine compelled Machado to reconsider.

“She explained to me that a couple different scenarios could have happened. For example, I could have already had the flu virus,” said Machado, now a practice assistant at BWH’s Orthopaedic and Arthritis Center. “She just put my mind at ease.”

Machado got her flu shot in January, and she just got vaccinated again in September for this flu season. The result: “Other than a sore arm for a couple of days, I’m fine,” she said. 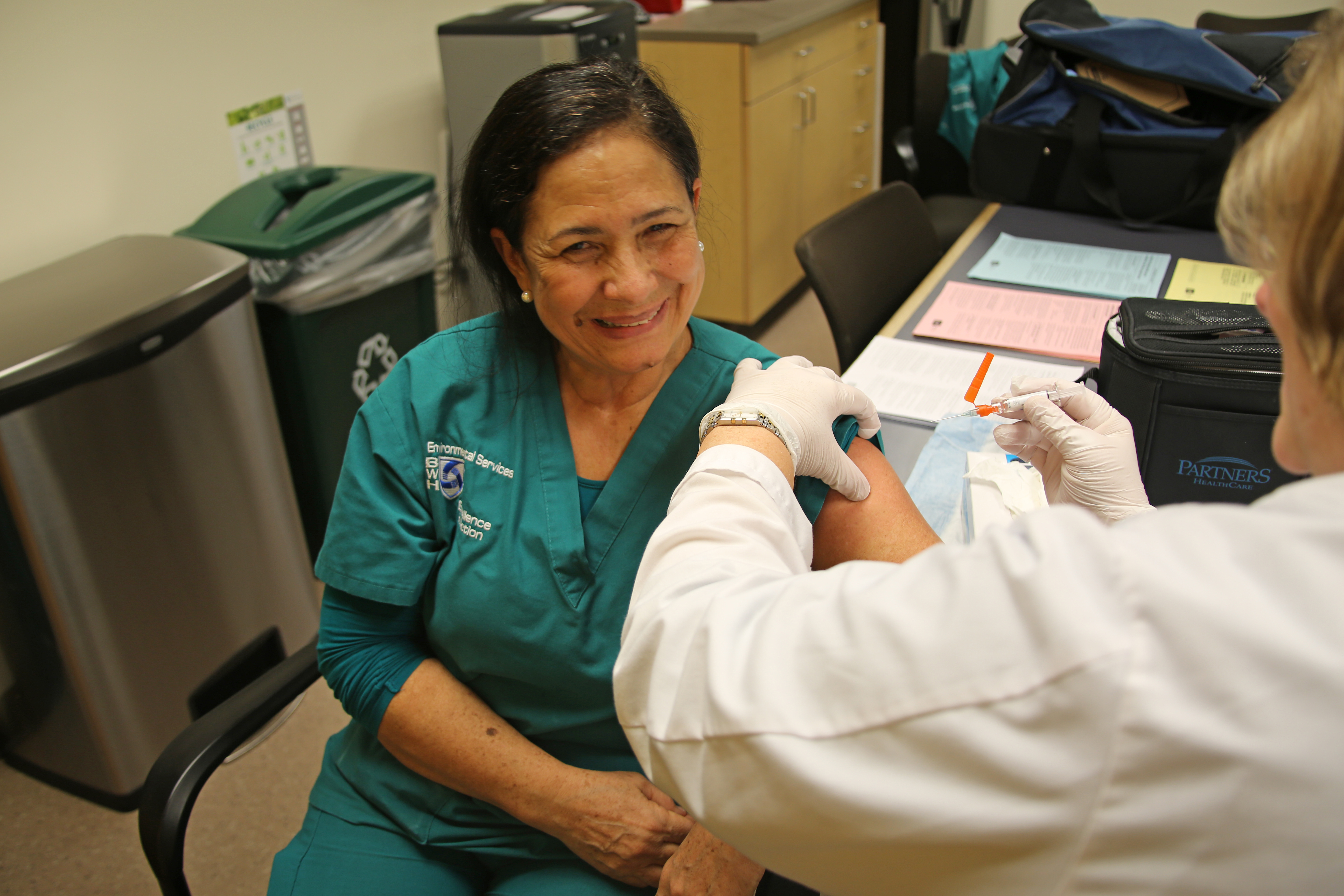 The flu vaccine contains no live viruses, making it impossible to transmit the flu. In fact, the Centers for Disease Control and Prevention say that getting the flu shot may make your illness milder if you do get sick.

In addition, the protective effects of the flu shot don’t kick in until about two weeks after being vaccinated. This gap means it’s possible to get the flu before the vaccine has had enough time to provide protection. For this reason, the sooner you receive a flu shot, the more likely you’ll be protected from the virus.

Still, 25 percent of BWHers who declined to get vaccinated last flu season made that decision based on their belief that the flu vaccine can cause the flu or made them sick in the past.

Flu vaccination rates at the Brigham hit their highest levels ever last year, with 90 percent of BWHC staff receiving the vaccine. BWH is aiming for an even higher rate for the 2016-2017 flu season to further improve patient safety and protect all members of the BWH community from the spread of disease.

Among those who declined to receive the vaccine for the 2015-2016 flu season, the most common reason given during the attestation process was grounded in another myth: that they didn’t need a flu shot or never get the flu (37 percent). However, no one is immune to the influenza virus. Infectious disease experts say that not having had the flu previously doesn’t mean you have an innate resistance to the virus.

Mark MacMillan, grants administrator in the Center for Excellence in Vascular Biology, acknowledged he used to be one of those people who thought he could never get the flu. Eventually, he did – and has been getting an annual flu shot ever since.

“After enduring a fever that got to 104 degrees and symptoms that had me flat out for a few days, I came to understand two things,” he said. “One, at the risk of sounding hyperbolic, I understood that people have died and still can die of influenza, and two, if possible, I never want to go through that again and will do anything to prevent it.”

Similarly, Machado decided that getting vaccinated each year was something she could do to help ensure patients receive care in the safest environment possible.

“Working in a hospital, you should be aware not only of yourself but also the patients you come in contact with. Even if you’ve never gotten the flu or if you believe that it wouldn’t be so bad if you did, it could be much worse for a patient,” Machado said.

Learn more about how you can get your flu shot and about BWH’s flu vaccination policy at BWHPikeNotes.org.