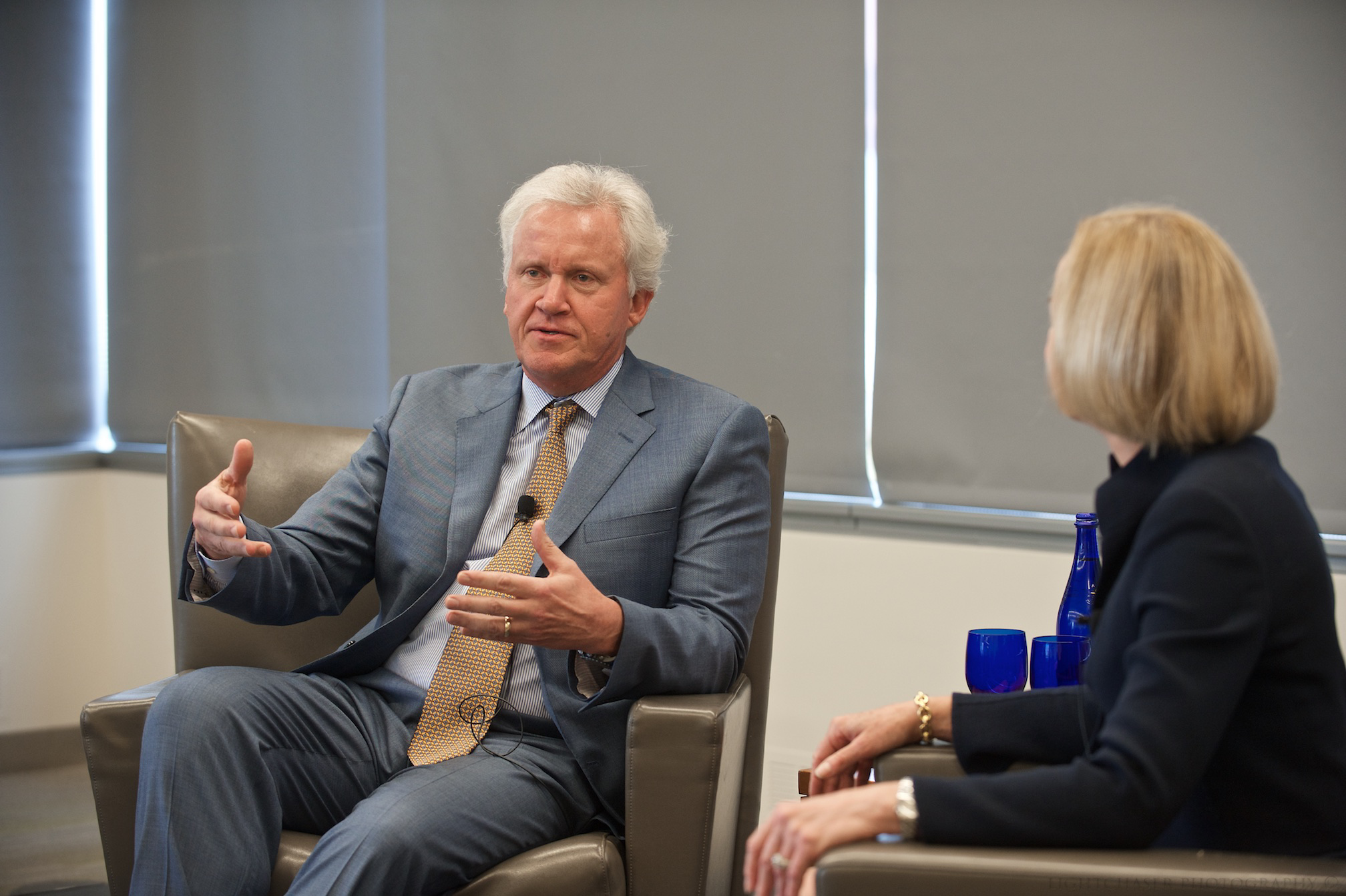 The Brigham Research Institute brought together industry leaders, BWH and Partners HealthCare leadership and faculty to kick off this year’s Discover Brigham at a luncheon held on Nov. 9.

Opening the discussion, Nabel shared her vision for the BTM.

“It is our hope that this building will foster collaboration and creativity, and that the discoveries and innovations developed here will bring hope to our patients,” she said. “We are honored to have the best and brightest people train with us, and we take our role in training the next generation of physician-scientists seriously.”

Leiden, who completed his medical and research training at BWH, described the hospital as his “intellectual home,” tracing the route to many of his seminal discoveries – including the development of the first-ever monoclonal antibodies to treat immune diseases – back to pivotal moments in his time at the Brigham.

“BWH is where I learned to be both a physician and a scientist, and how to bring those two career paths together,” said Leiden, who chairs the BWH Scientific Advisory Board. “This building will be an important part of that training for the next generation.”

During the discussion, Immelt spoke highly of past collaborations with the late Ferenc Jolesz, MD, who had been a driving force behind the Advanced Multimodality Image-Guided Operating (AMIGO) suite at BWH. He also shared his perspective on industry-academic interactions and why GE recently chose Boston for its new headquarters. GE plans to employ 800 people at the new site, with the vast majority focused on research areas, including data analysis and the life sciences.

“We wanted to be in a sea of ideas,” said Immelt. “We’re an engineering company that respects technology and aspires to be at the interface of small companies, large research organizations, universities and startups.”