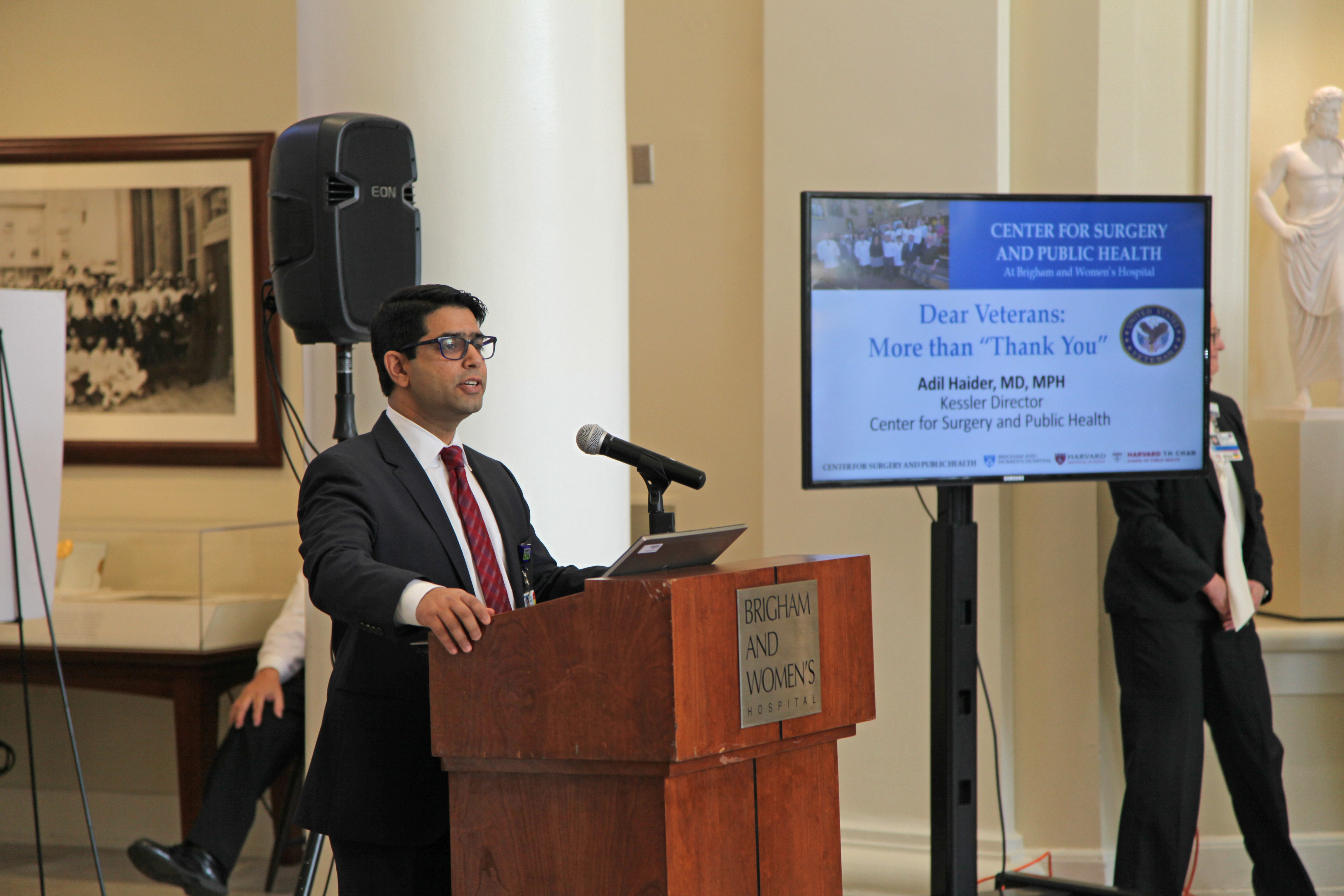 BWHers came together on Nov. 11 to celebrate and honor America’s veterans and active duty members of the military during a ceremony in the 15 Francis St. lobby. 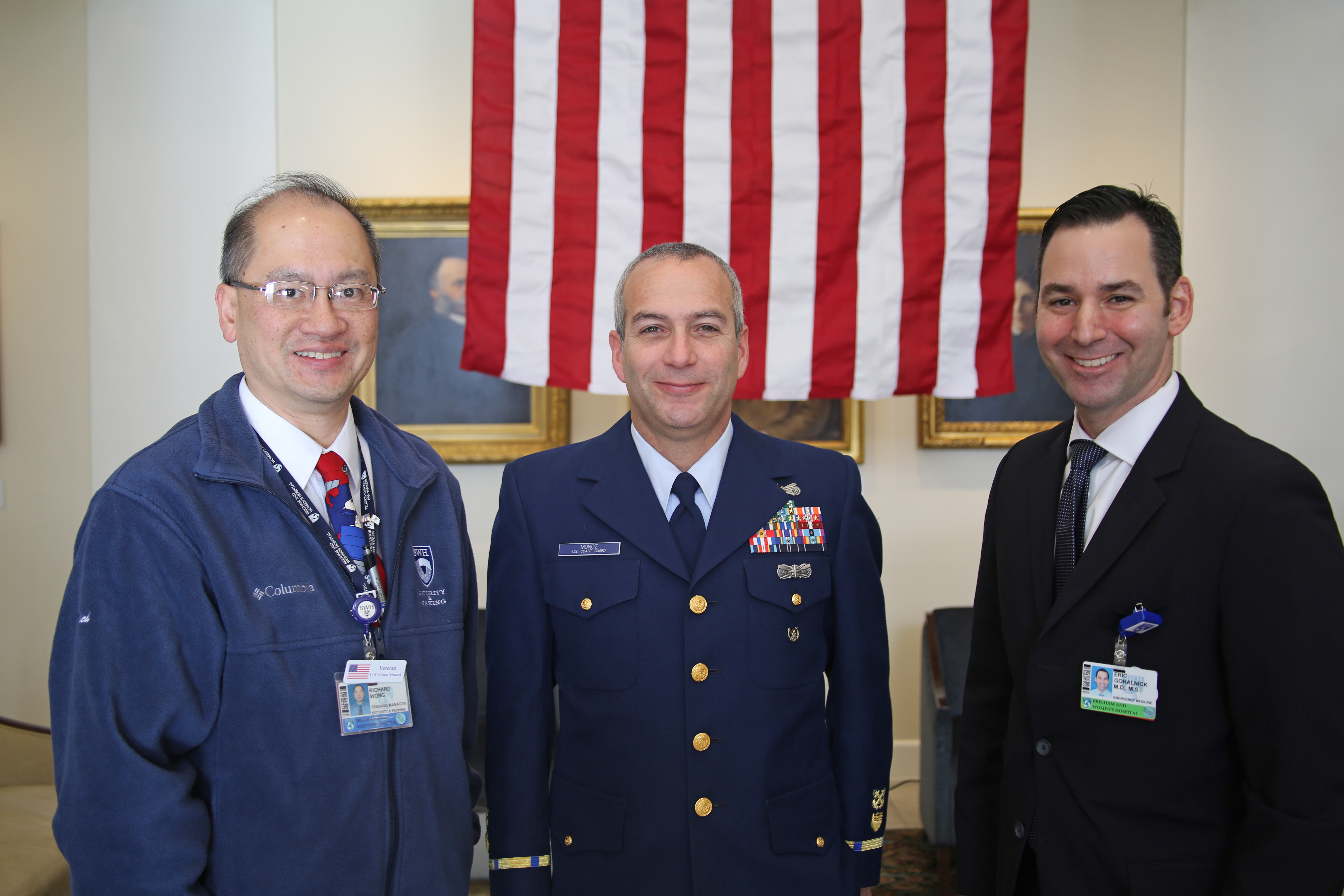 From left: BWHers and military veterans Richard Wong and Luis Muñoz, of the U.S. Coast Guard, and Eric Goralnick, of the U.S. Navy

“For well over 200 years, ordinary men and women have found, within their hearts, the strength and courage to act in extraordinary and heroic ways, inspired by their belief in the American dream and in gratitude for the promise and opportunity afforded by this great country,” Morrissey said.

The gathering kicked off with the national anthem, followed by remarks from Adil Haider, MD, MPH, Kessler director of the Center for Surgery and Public Health, about the adoption of military advances in trauma care and the CSPH’s work in this area.

The event concluded on a sweet note, with the cutting of the signature BWH Veterans Day American flag cake, prepared by Tower Catering.