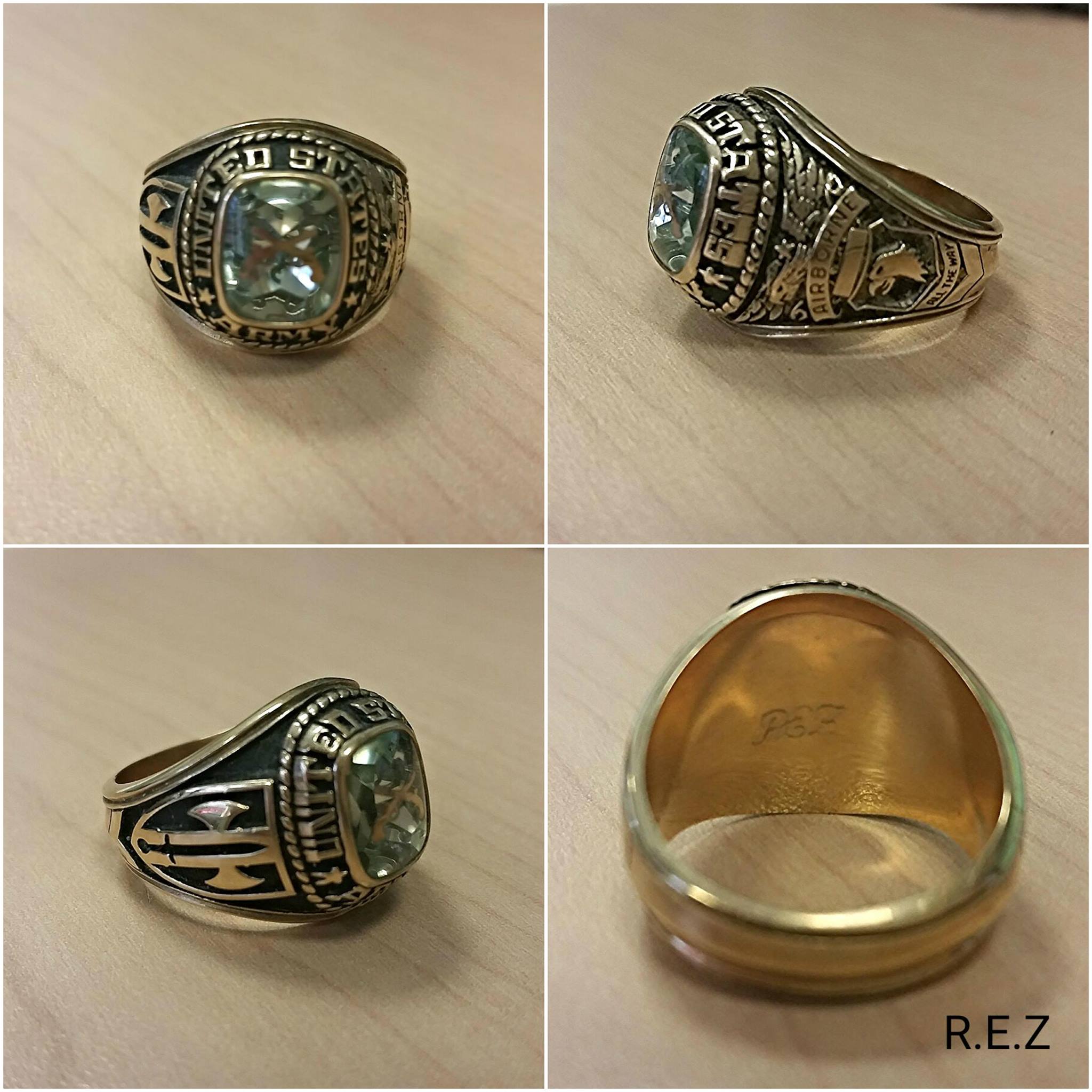 As Veterans Day approached, BWH Director of Security and Parking Robert Chicarello looked at his calendar and thought one thing would make the day extra special: finally identifying the owner of a U.S. Army ring brought to the hospital’s lost and found several years ago.

After photos of the ring were shared on the Brigham’s Facebook page last week, nearly 90 people responded. Some offered to share the post with their networks, while others made observations about the ring’s insignias that provide clues about its owner’s past military service. The Facebook post received more than 2,400 shares and was covered by several local media outlets.

The ring, engraved with the initials R.E.Z., was found at 75 Francis St. On one side, it bears the “Screaming Eagle” of the 101st Airborne Division. On the other side is the insignia for the 18th Military Police Brigade – a sword and axe inside a shield – stationed in Germany. It appears to have no identifying marks indicating when the soldier, presumably a military police officer, served.

BWH Security and Parking made several attempts to locate the ring’s owner when it was first found, but names provided during this search did not correlate to any BWH patients.

After reviewing the tips and leads received from the Facebook post, BWH Security and Parking reached out to the 101st Airborne Division Association to see if they could help identify its owner. The association could not find a match for the initials in its roster, although not all members of the division belong to the association. The search for the owner is ongoing.

Chicarello said he hoped to find the ring’s owner in time for this Veterans Day and as one last act of service to the BWH community before he retires on Nov. 18. He was inspired to reach out to BWH’s online communities after seeing a news story several weeks ago about Randolph Police Department’s success using social media to locate relatives of a World War I veteran whose dog tags were found in town.

“When we first found the ring, social media wasn’t what it is now. There just seemed like a better chance this could get shared with the right person or group,” he said. “It’s not like this ring is just a gold band with nothing on it – this has identifying marks. You know it was someone’s Army ring and was very meaningful to that person.”

Anyone with information about the ring’s potential owner is asked to contact BWH Security and Parking at 617-732-6001.