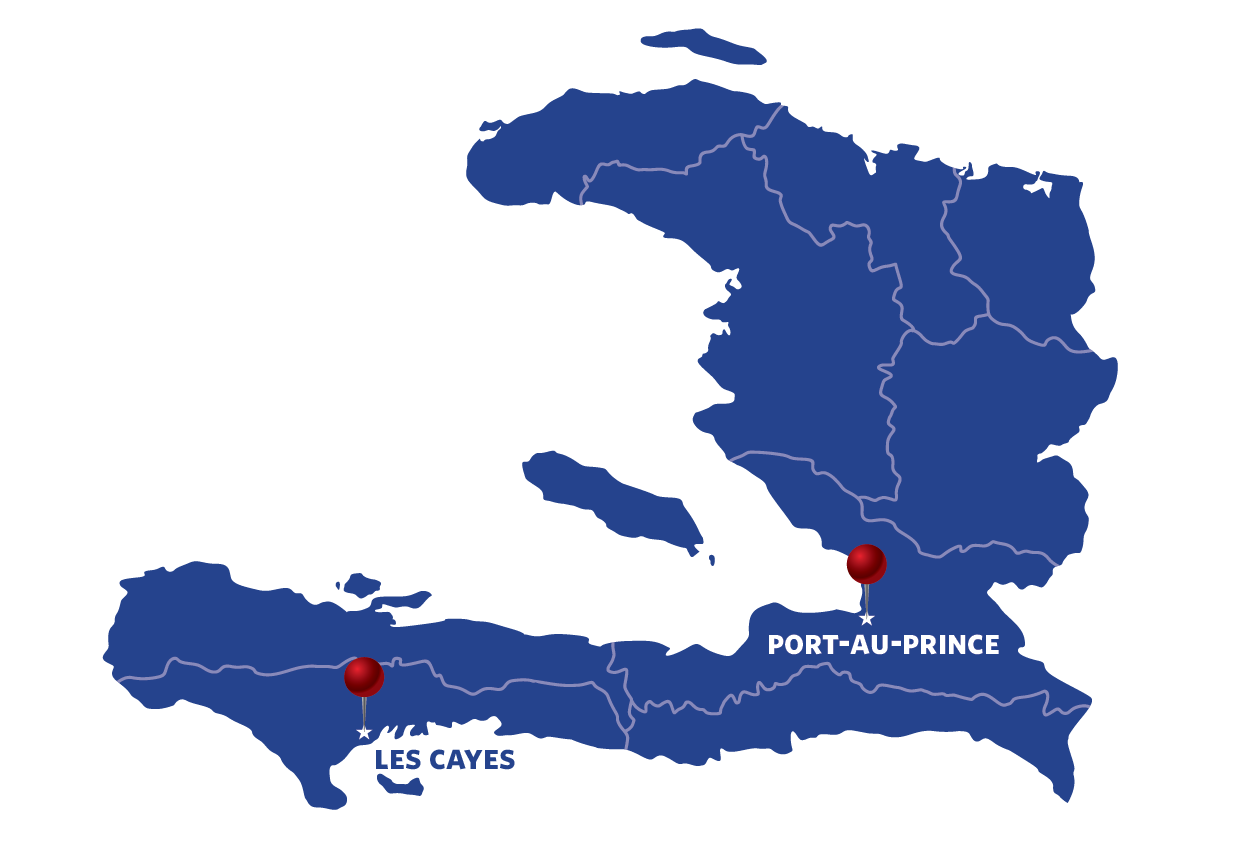 Though Hurricane Matthew has passed, the devastation it wreaked in southern Haiti is ongoing – and getting worse by the day, said Regan Marsh, MD, MPH, an attending physician in BWH’s Department of Emergency Medicine and director of Infrastructure, Biomed and Pharmaceuticals at Partners In Health (PIH).

Last month, Hurricane Matthew, one of the most severe storms to hit the Caribbean in a decade, left hundreds of thousands of Haitians in need of emergency assistance. The storm carried winds of up to 140 miles an hour and resulted in an estimated 40 inches of rainfall.

Most of southern Haiti’s farmlands were destroyed, leaving residents without crops and livestock. The region is also seeing a spike in cholera cases, due to contaminated water. Cholera is an acute diarrheal disease caused by drinking water or eating food from sources that have been contaminated with bacteria.

“Even before the hurricane, people were teetering on malnutrition because the harvest has been so poor in the area for several years,” said Marsh. “Without any backup resources, people are struggling.”

Staff from BWH, Partners HealthCare and PIH are working together, from Boston and on the ground in Haiti, to assist Haitian clinicians.

Marsh and her colleagues have been gathering donations of equipment for the hospital, such as beds and lab instruments. PIH is also purchasing medications and other supplies.

Local clinicians, with support from BWH, PIH and other institutions, are also working to ensure medical supplies are available at PIH-supported health centers and cholera treatment facilities in Haiti’s central region, located north of Port-au-Prince, as an influx of patients from southern Haiti have come there seeking care.

Louise Ivers, MD, MPH, of the BWH Division of Global Health Equity and senior health and policy advisor for PIH, and Mukherjee traveled to Haiti after the hurricane to help curb the spread of cholera.

“While much more still needs to be done to improve health care in Haiti, we know that we will be most successful by supporting our Haitian colleagues whose commitment to saving lives will be Haiti’s future,” she said.

Outside of the hurricane response, BWH also has several ongoing initiatives around sustainability and long-term support for Haiti, according to Jennifer Goldsmith, MS, MEd, director of Administration for the Division of Global Health Equity.

“We are honored to work as partners with our colleagues in Haiti, whether in the face of tragedy or in daily collaboration on health system strengthening,” Goldsmith said. “As an organization, we have a long-standing commitment to working together, and we are honored to play an important role.”