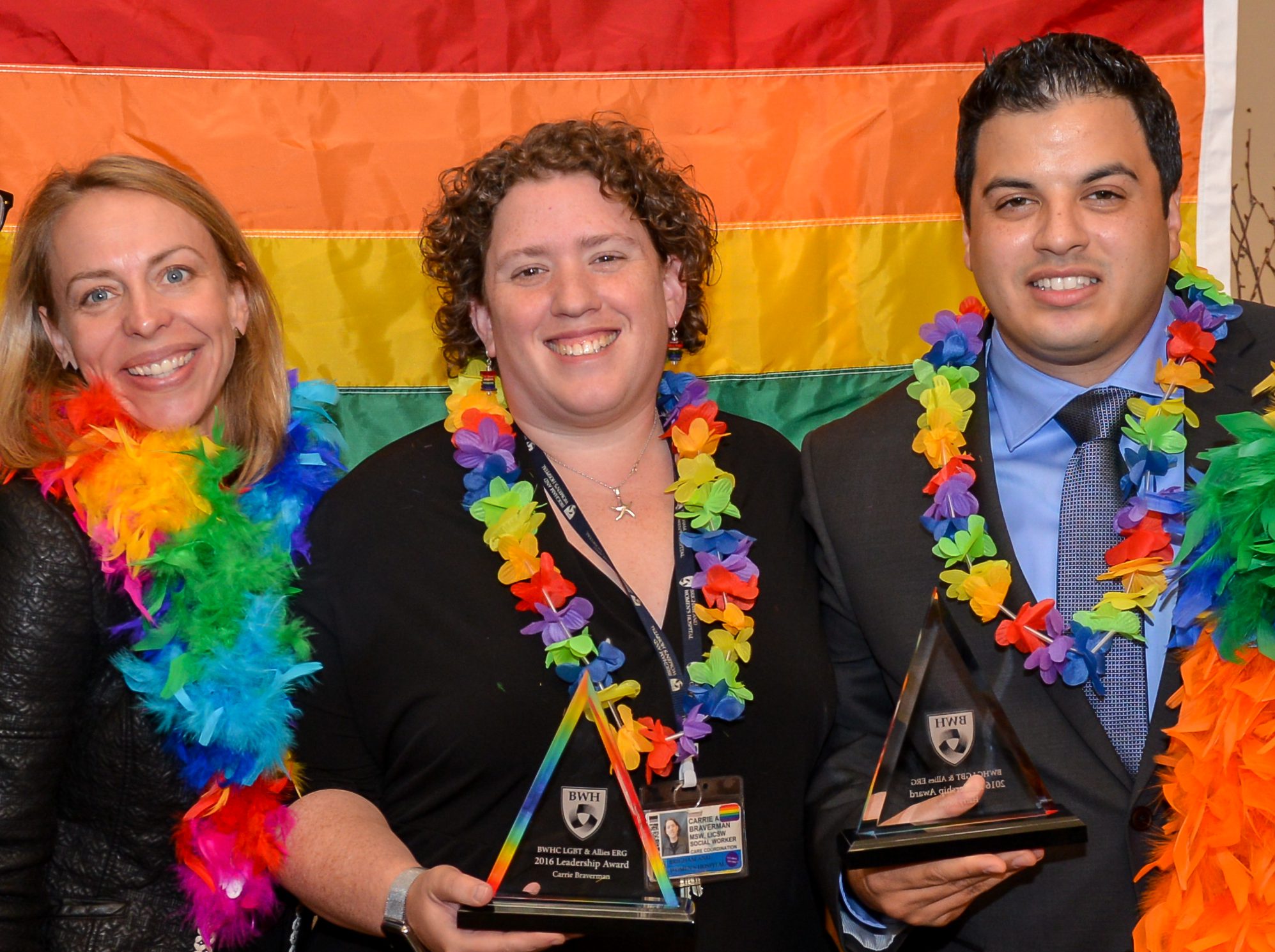 National Coming Out Day celebrations at BWH concluded with the presentation of the inaugural LGBT Leadership Awards, honoring three winners for their tireless efforts in advocating for LGBT patients and staff at BWHC.

The awards were presented by Brigham and Women’s Faulkner Hospital President Michael Gustafson, MD, MBA, a co-executive sponsor of the BWHC LGBT & Allies Employee Resource Group (ERG), who noted they were created to recognize staff who have championed causes and initiatives that support efforts to improve care for LGBT patients and families and to create a welcoming environment for all staff.

The first recipients of the awards were:

Carrie Braverman, MSW, LICSW: An HIV clinical social worker at the Brigham, Braverman is the founding chair of the BWHC LGBT & Allies ERG, formed in 2008. She remains active within the organization and is a passionate educator around LGBT issues in health care. Braverman was an active member of the working group focused on collecting sexual orientation and gender identity (SO/GI) demographics in Partners eCare.

Kerstin Palm, MA, OTR/L, CHT, CLT, and Harry Reyes Nieva: Palm, outpatient rehabilitation services manager at BWFH, and Reyes Nieva, a predoctoral research fellow and research manager in BWH’s Division of General Internal Medicine and Primary Care, served as co-chairs of the ERG from 2014 to 2016. They led efforts to develop a framework for collecting SO/GI data in Partners eCare. They also played a vital role in the development of a Gender Transition Policy for BWHC staff, and worked to ensure BWH and BWFH met the criteria for leadership status on the Human Rights Campaign’s Healthcare Equality Index over the last two years.