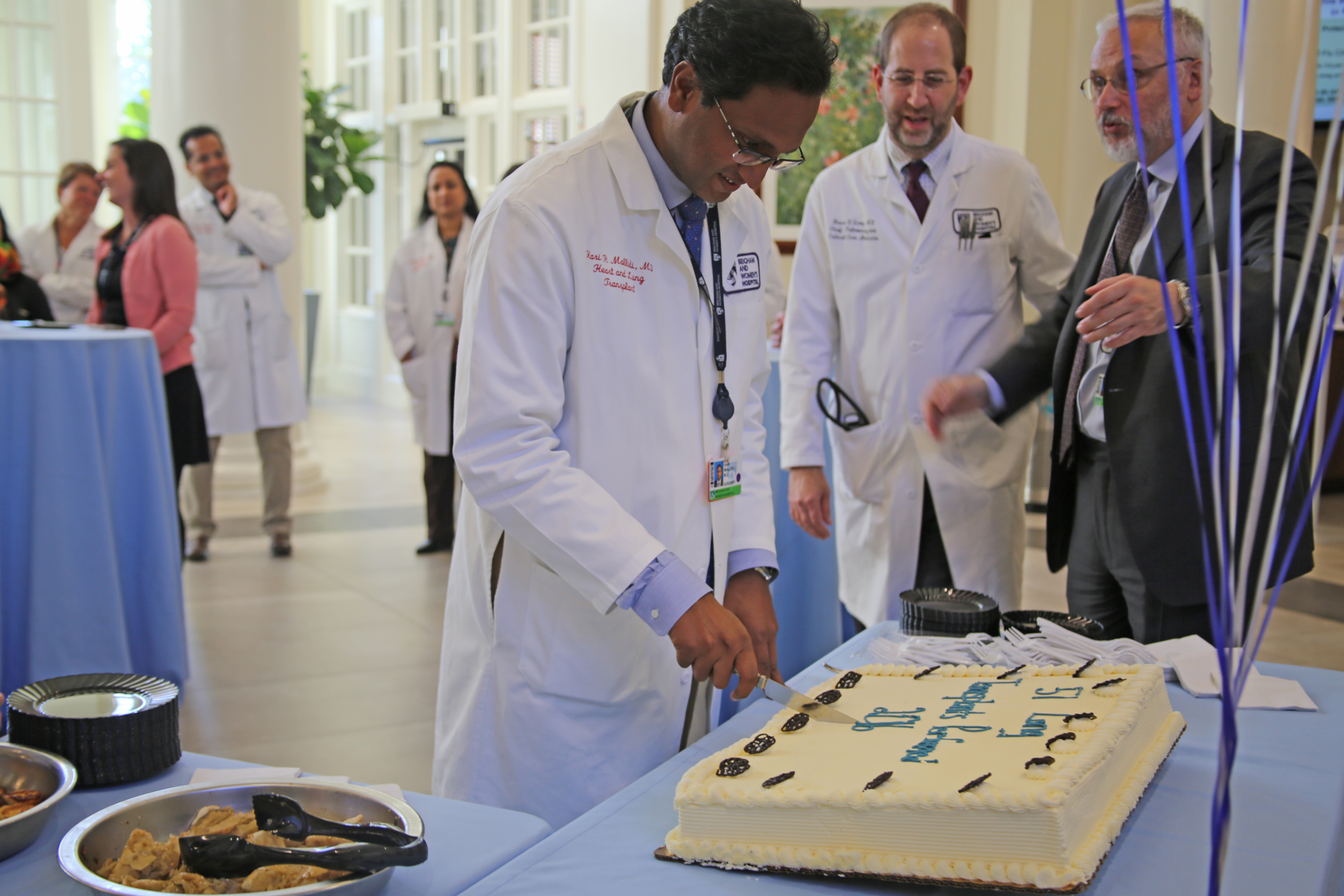 Cystic fibrosis may have limited Pamela Gauvin-Fernandes’ ability to enjoy swimming, a childhood passion of hers, but a double-lung transplant she received at the Brigham three years ago gave her new hope.

“As a mother of very active 13-year-old twins, Jack and Abby, receiving a lung transplant was the ultimate gift,” says Gauvin-Fernandes, a resident of Assonet, Mass.

Gauvin-Fernandes is one of many patients who have received life-changing lung transplants at BWH. Since last October, members of the Brigham’s Lung Center clinical team have performed a record 51 transplants, the most ever done in one year at BWH or in any one hospital in New England.

Established last year, the BWH Lung Center has transformed how patients with lung conditions are diagnosed and treated.

“The Lung Center is a collaboration of specialists who work together clinically to elevate care and drive innovation by providing multidisciplinary interactions and better patient experiences,” says Raphael Bueno, MD, chief of Thoracic Surgery at BWH, co-director of the Lung Center and co-chair of the Lung Research Center.

The Lung Center is working to advance the ways in which patients with lung conditions receive extraordinary care. By joining forces with the Lung Research Center, which also launched last year, the latest discoveries in lung health and disease can quickly be brought to the bedside.

Gauvin-Fernandes says she is living proof of that mission. Throughout childhood, she had a persistent cough that doctors attributed to bronchitis. It wasn’t until she was 19 that Gauvin-Fernandes was diagnosed with cystic fibrosis, a genetic disease that affects the respiratory, digestive and reproductive systems.

With the right diagnosis and treatment in hand, Gauvin-Fernandes remained fairly healthy throughout her 20s and most of her 30s. But over time, she became sicker and required oxygen nearly 24 hours a day.

In September 2012, she met eligibility criteria for a lung transplant. It was a critical development, as her condition had worsened.

“I didn’t even know if I would last through the winter,” she said. “I started writing notes to my kids and leaving the notes in places where they would discover them down the road.”

In February 2013, Gauvin-Fernandes got the call she and her family had been waiting for: A pair of donor lungs was available. Within a few hours, she was at the Brigham’s Emergency Department and being prepped for surgery. Philip C. Camp Jr., MD, physician director of Transplant Administration and program director of the Lung Transplant Program at BWH, along with a multidisciplinary care team, performed the double-lung transplant.

Today, Gauvin-Fernandes is back in the pool and breathing easier. But she’s not just enjoying a leisurely swim these days.

In June, she joined more than 6,000 organ, corneal and tissue transplant recipients, bone marrow recipients and living donors at the Transplant Games of America in Cleveland. She competed in five events, including the 50-meter freestyle and 100-meter backstroke, and won gold medals in all five.

At her next check-up, Gauvin-Fernandes gave Camp one of her medals to thank him. “My care team was just amazing,” she said.