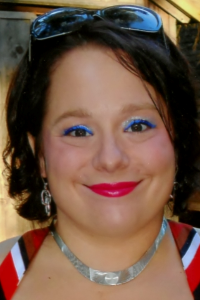 When life got tough, Tara Chagnon got tougher.

From a young age, she dealt with several serious health issues. By her late 20s, she was diagnosed with breast cancer. As the disease advanced, it resulted in unusual complications—causing her immune system to attack her heart and brain stem—landing her in the Neuroscience ICU at the Brigham in January 2015. Her care team here and at Dana-Farber Cancer Institute soon discovered the cancer had spread to her brain. The disease later progressed to her spine, leading to her death on July 18. She was 31 years old.

Throughout her illness, however, Chagnon refused to back down from her ambitions: completing dual master’s degrees in criminal justice and mental health counseling that she had been working toward at Suffolk University since 2012. She took night classes while also working full time as a certified information and referral specialist at Mass 2-1-1, a health care assistance program, and interning at Youth Opportunities Upheld, Inc., a child welfare and behavioral health organization.

Her declining health, however, eventually forced Chagnon to put those plans on hold and move to hospice care. As it became clear she would not live to attend Suffolk’s commencement ceremony this past spring, members of her Brigham care team reached out to the university to help make the student’s dream—and hard work—become reality. Suffolk leadership held a bedside graduation ceremony for her on July 14 at the Miriam Boyd Parlin Hospice in Wayland, bestowing dual honorary master’s degrees. Chagnon died four days later.

“The minute I met Tara as a patient, I knew she was special,” said Amy Pollara, RN, a Neuroscience ICU nurse on Chagnon’s care team who became close with her and went to the graduation. “Tara was an amazingly strong, kind woman with a big heart. She always had a smile and a positive outlook on life no matter what she was faced with. I am so proud of her for getting her degree and never giving up.”

Seeing Chagnon’s care providers all show up to celebrate her achievement was deeply moving, said her father, Mike Chagnon.

“Each and every person on Tara’s care team is family to us,” her father said. “I still hear from them, asking how we’re doing. They are the most wonderful people in the world.”

That commitment to personal, compassionate care is what defines the Brigham, explained Mary Amatangelo, MS, RN, ACNP-BC, CCRN, CNRN, SCRN, a nurse practitioner in the Neuroscience ICU who also cared for Chagnon and attended the ceremony.

“We are fortunate to have nursing and physician leadership who afford us opportunities to go above and beyond to make all patient experiences exceptional,” she said.

BWH neurologist Henrikas Vaitkevicius, MD, who treated Chagnon and made one of the initial calls to Suffolk to request the graduation ceremony, said he and other BWHers who attended were humbled and gratified to find another, non-clinical way to support Chagnon at the end of her life.