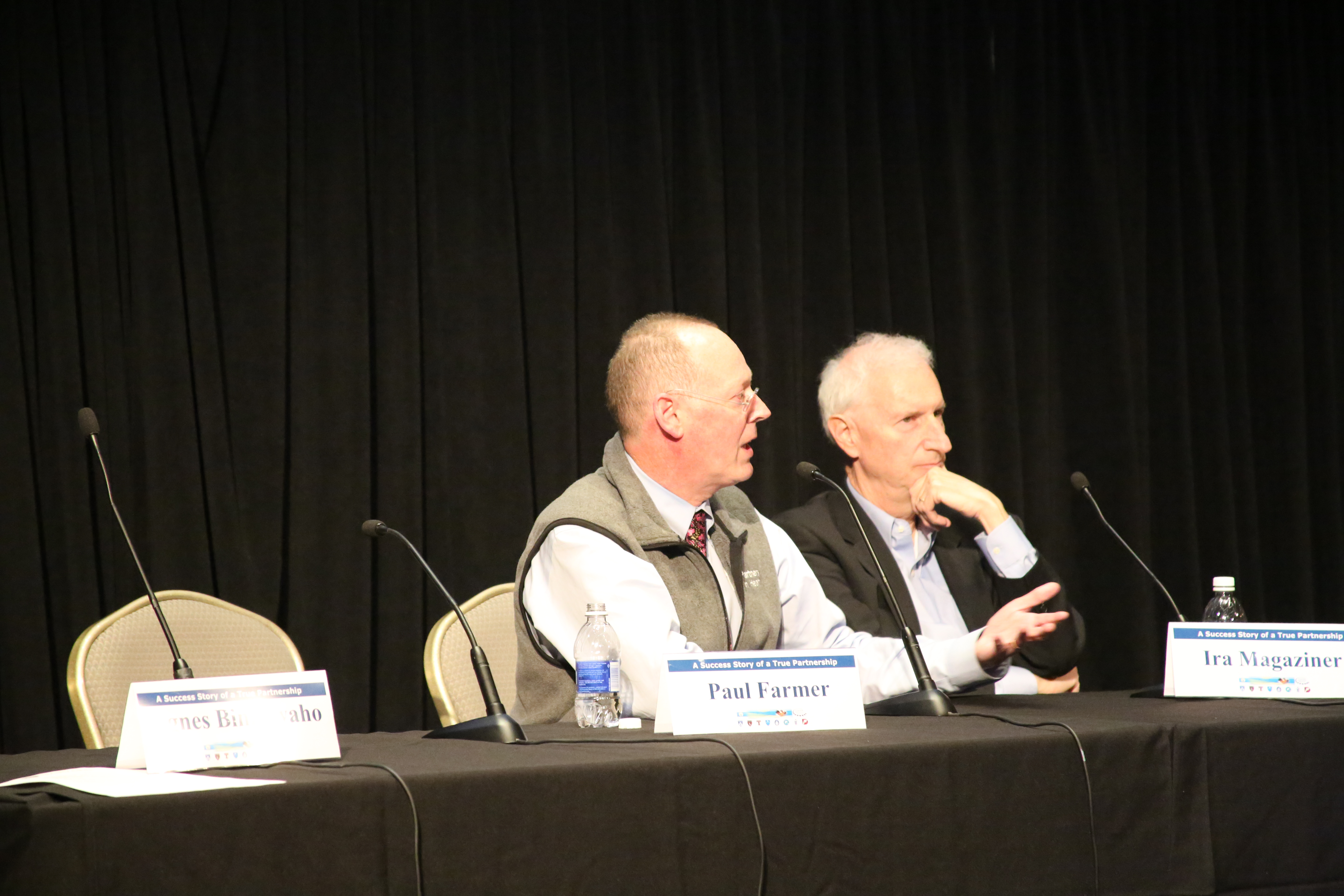 Traumatized by years of civil war and a devastating act of genocide in the early 1990s, Rwanda used to be a place where hope was in short supply.

Over time, however, the country came back stronger than ever—investing in education, infrastructure and regional trade—and Rwanda’s economy enjoyed one of the largest growth rates in the world last year. Still, one critical resource remained scarce: health care.

In 2010, the World Health Organization reported that Rwanda had one of the lowest rates of physicians per capita in the world. A country of nearly 11 million people, Rwanda was home to about 600 physicians at that time. Most were concentrated in large cities like Kigali, leaving rural areas underserved, especially in terms of specialists.

Now that picture is changing, thanks in large part to the Human Resources for Health Program, a collaborative, seven-year project with Brigham and Women’s Hospital and Harvard Medical School (HMS), the Rwandan Ministry of Health and more than 20 other academic institutions in the United States.

Currently in its fifth year, the program sends physicians and faculty from multiple specialties to Rwanda to train the country’s next generation of clinicians, researchers and medical instructors. BWH is the lead institution for clinical faculty for all Harvard affiliates from the Boston area, and it has recruited and deployed more than 50 specialists and sub-specialists over the last four years. To date, more than 340 clinicians have participated in the program.

“This partnership was forged by something very powerful: shared convictions about health equity,” said Paul Farmer, MD, PhD, chief of the BWH Division of Global Health Equity and co-founder of the nonprofit Partners In Health. The Human Resources for Health Program was the result of partnerships that Farmer helped establish in Rwanda.

When the program concludes in two years, its organizers hope to see significant increases in the total number of care providers in Rwanda and bring more specialists to rural areas. By 2018, the number of physicians is expected to reach 1,182—nearly double the physician census in 2011. Organizers expect to see the number of nurses grow by about 34 percent, with the goal of reaching 11,384 nurses by 2018.

Representatives from across the HMS-affiliated hospitals involved with the program—including BWH, Massachusetts General Hospital, Boston Children’s Hospital and Dana-Farber Cancer Institute—shared milestones and challenges over the past year at the “Symposium on Rwanda Human Resources for Health Program: A Success Story of a True Partnership” on June 10.

Capping off the half-day event at HMS’ Joseph B. Martin Conference Center was a panel discussion with Farmer and Ira Magaziner, CEO and vice chairman of the Clinton Health Access Initiative. Agnes Binagwaho, MD, PhD, Rwanda’s Minister of Health, joined via video conference.

“After the 1994 genocide against the Tutsi, almost no one believed in the future of Rwanda,” Binagwaho said. “We created a future that was defined by innovation—doing what nobody expected of us—because we believed that each and every person deserves the best future.”

The HRH program aims at replacing a culture of foreign aid with one of self-sufficiency. The expectation is that greater access to high-quality health care will improve the country’s economy—whether that means ensuring children’s physical and intellectual growth isn’t stunted by malnutrition, or by creating an environment that attracts biotech companies, Magaziner said.

“What we’re aiming for is sustainability,” he said. “We want to work ourselves out of a job, ultimately.”