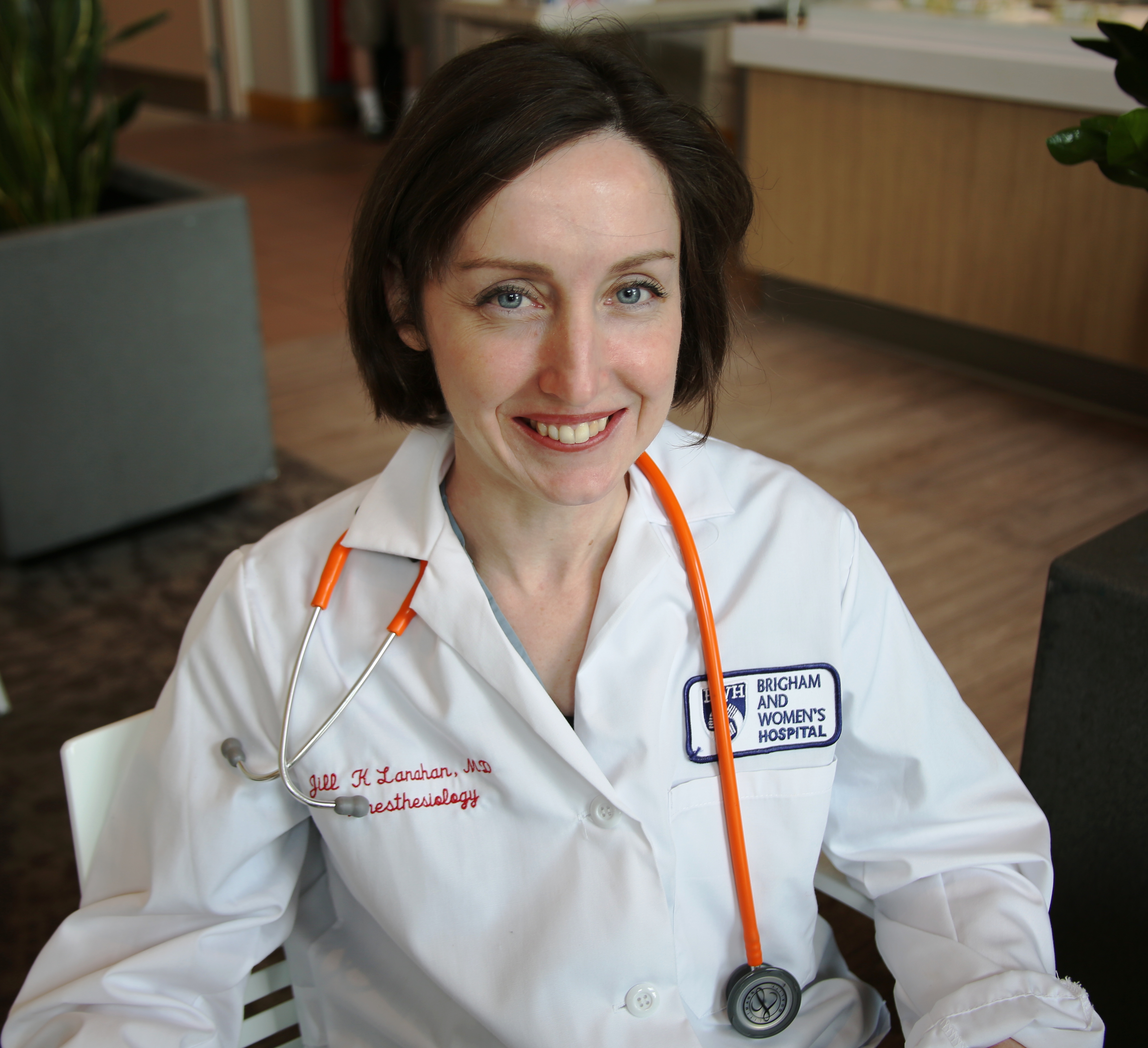 Training residents in anesthesiology is not only about teaching them the medicine behind the specialty, says Jill Lanahan, MD, of the BWH Department of Anesthesiology, Perioperative and Pain Medicine. It’s also about sharing a passion for the profession to inspire them to join the field.

Lanahan has done exactly that at the Brigham since March 2014, and for the next year she will share that same expertise and enthusiasm for anesthesiology with the next generation of physicians in Rwanda as part of the Human Resources for Health (HRH) Program, a collaborative, seven-year project between the Rwandan government, BWH, Harvard Medical School and more than 20 other academic institutions in the U.S. The program recently began its fifth year.

Lanahan—who relocated with her family to the Rwandan capital, Kigali, on Aug. 2—will spend one day each week doing didactic training with her new crop of residents. The other four days will consist of clinical training in the operating room. During her year-long position, she will offer three months of training in cardiac anesthesia, her primary area of clinical interest.

Although she has long had a desire to get involved in global health, Lanahan says HRH piqued her interest after chatting with two BWH colleagues in her department who were alumni of the program: Stewart Chritton, MD, PhD, and Ramon Martin, MD, PhD. She felt compelled to participate after learning just how scarce anesthesiologists are in Rwanda.

In Rwanda, there may only be one anesthesiologist per hospital, Lanahan explained. In addition, anesthesia is often administered by technicians—whose highest level of education is typically a high school diploma—rather than physicians or nurses, she said. In comparison, only licensed anesthesiologists and nurse anesthetists may provide anesthesia to a patient in Massachusetts.

The lack of specialized training can be deadly, Lanahan said.

“People fear anesthesia in Rwanda, and part of it is because there’s a higher morbidity and mortality rate associated with it,” she said. “By training specialists in anesthesia, we can increase the likelihood that it will be administered safely to patients.”

As part of its broader goal to build a more self-sustaining health care system in Rwanda, the program has gradually sent fewer U.S. clinicians each year to train residents.

Lanahan is one of a handful of anesthesiologists in attendance this year.

“The idea is that if a resident from a country such as Rwanda goes elsewhere to train, they might not come back to their home country,” Lanahan said. “So by bringing doctors to Rwanda, you can train them in their own environment and expand the number of physicians there.”