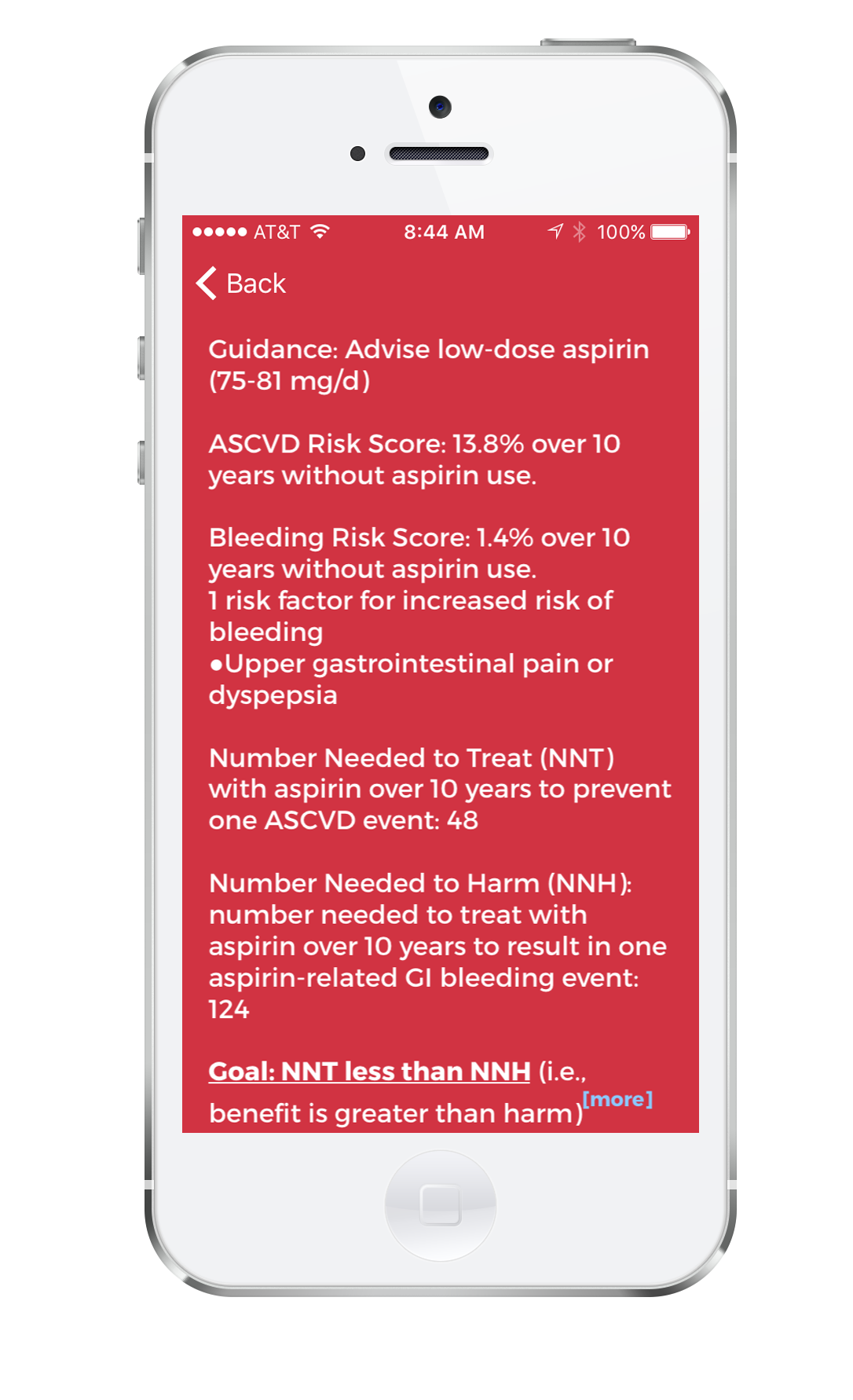 A screen shot of the Aspirin Guide app

Low-dose aspirin is recommended by experts as a preventive measure for patients who have previously had a heart attack or stroke, but the risk of taking it to prevent or delay a first heart attack or stroke is less clear. BWH physician-researchers have developed a free mobile app that takes guesswork out of the equation.

The benefit for reducing the risk of cardiovascular disease (CVD) must be balanced with the increased risk of gastrointestinal or other bleeding. The iPhone and iPad app, “Aspirin Guide,” calculates both the CVD risk score and the bleeding risk score for the individual patient, and helps clinicians decide which patients are appropriate candidates for the use of low-dose aspirin (75 to 81 mg daily).

The app’s content and algorithms were developed by Samia Mora, MD, a cardiologist in the BWH divisions of Preventive Medicine and Cardiovascular, and JoAnn Manson, MD, DrPH, chief of the Division of Preventive Medicine, with technical assistance from software developer Jeffrey Ames. A web-based and Android version of the app will be released in a few weeks.

“We developed the Aspirin Guide app because we realized that weighing the risks and benefits of aspirin for individuals who have not had a heart attack or stroke is a complex process,” Mora said. “The new mobile app enables individualized benefit to risk assessment in a matter of seconds while the patient is with the physician.”

The app calculates a patient’s 10-year CVD risk score and a bleeding risk score, based on the individual risk factors. It uses evidence from the literature, together with the above scores, to guide the clinician on whether the patient is a good candidate for aspirin.

“Aspirin Guide is a user-friendly clinical decision support tool that will facilitate informed and personalized decision-making about the use of aspirin in primary prevention of CVD,” Manson said.