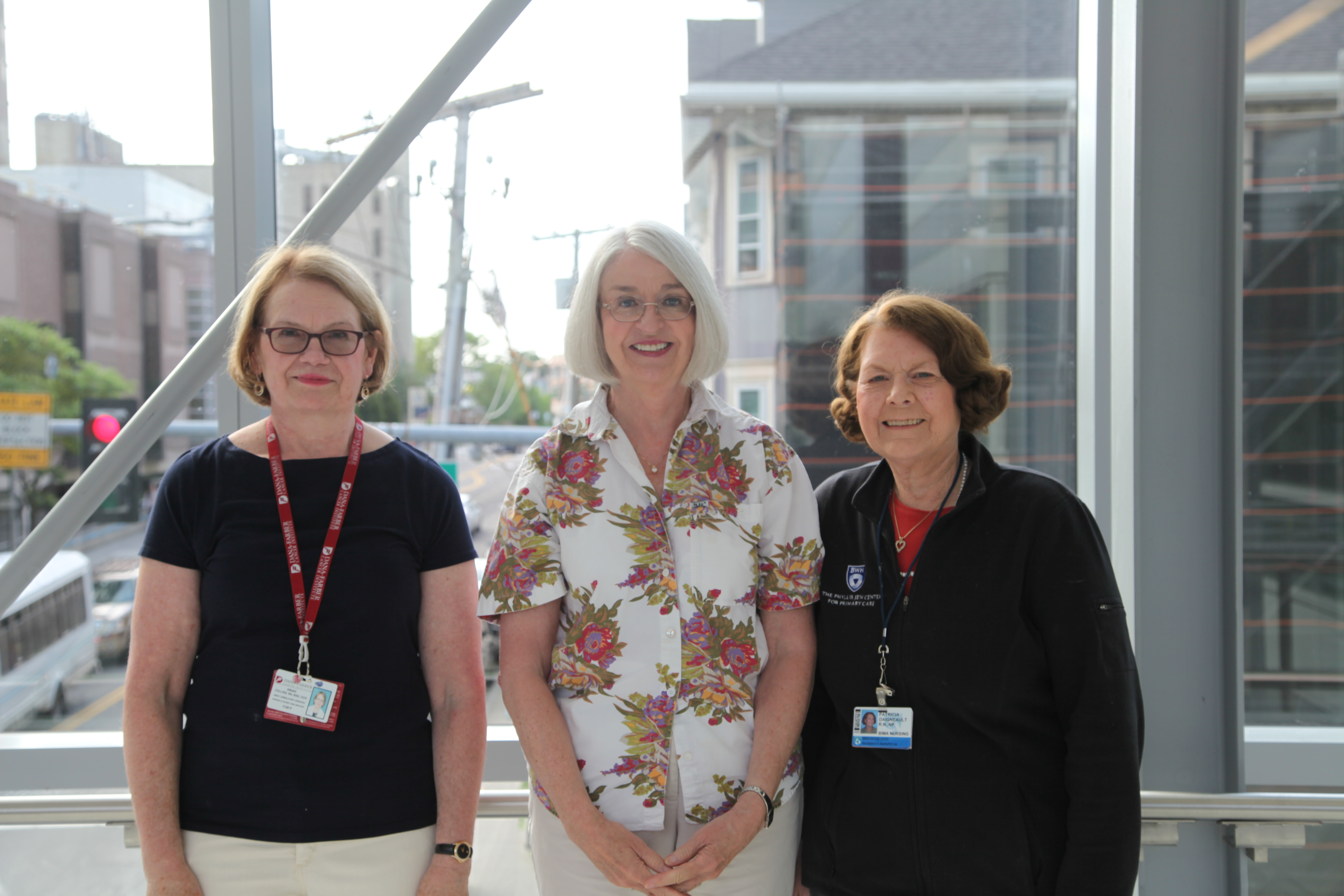 Energy conservation, shared costs of gas and parking, and the opportunity to make a few new friends on their commutes are a few reasons why BWHers have formed carpools to get to work.

BWH Parking, Transportation and Commuter Services offers a parking discount to carpooling commuters who have on-site parking. The charge for parking is determined by the number of employees participating in the carpool, ranging from 50 percent off for two people, 75 percent off for three and no charge for carpools of four or more people.

One of the longest-standing carpools at BWH—called “the vanpool” or “The Vanettes” by its riders—started in 1983 and ran for 32 years. Although the vanpool ended recently, its previous riders have fond memories of the experience.

“I can’t recommend a carpool strongly enough,” said Dinah Collins, RN, of DFCI Nursing and Patient Care Services, who joined the vanpool in 1984. “I think the many people who used our van over the years would say it worked because of the dedication and responsibility of the volunteer drivers. On some rides, many people would sleep or read, and on others, everyone was talking. There was a sharing of life’s joys and disappointments, with a lot of support and many laughs.”

Margaret Mills, an administrative assistant in Orthopaedics, joined the vanpool in 2000. One of her more memorable rides occurred in the middle of a snowstorm, resulting in a three-hour commute. The group stopped for food to take a break from the traffic and socialize.

“I didn’t know any of the vanpool members when I began, but we became friendly and would go out for dinner at least two or three times a year,” said Mills. “I made a few very close friends from the van, and we still see each other socially fairly often.”

Added Bob Chicarello, director of Security and Parking: “We currently have about a dozen car and vanpool riders. We would love to have more people commute in this way, as it would reduce the number of single- occupancy vehicles arriving in the Longwood Medical Area.”

Staff members who would like to join a carpool for commuting between the South Shore and Longwood Medical Area may contact Dinah Collins at Dinah_Collins@dfci.harvard.edu.