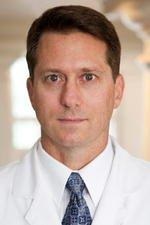 Seven surgical procedures account for about 80 percent of all admissions, deaths, complications and inpatient costs attributable to operative emergency general surgery (EGS) in the U.S., according to a recent study led by Brigham researchers.

The seven procedures are ranked in terms of their overall “burden,” which is defined by how frequently they occur, result in death and cause complications, as well as their costs. Lead investigator Joaquim Havens, MD, of the Center for Surgery and Public Health, and his team found that partial colectomies—removal of part of the colon—carried the biggest overall burden. Small-bowel resections, cholecystectomies (removal of gallbladder), operative management of peptic ulcer disease, removal of peritoneal (abdominal) adhesions, appendectomies and laparotomies (opening the abdomen) also topped the list.

“Given the high prevalence nationally and high proportion of burden with these seven procedures, this study could lead to better clinical decision-making, patient outcomes and cost savings,” said Havens.

Emergency general surgery encompasses the care of the most acutely ill, highest-risk and most costly general surgery patients. More than 3 million people are admitted to hospitals in the U.S. each year for EGS diagnoses. This population of surgery patients is at particularly high risk for postoperative death when compared to patients undergoing the same procedures under non-emergency circumstances.

Preventive measures, such as undergoing a routine colonoscopy or mentioning the onset of heartburn to a primary care provider, can lessen the likelihood of having to undergo these procedures in an emergency setting, Havens says.

“By reducing the number of people who need these surgeries and making it safer for those patients who do need them, we can make an important difference in people’s health,” Havens said.

Over the four-year study period, Havens and his team analyzed more than 420,000 adult patients who had been admitted with EGS diagnoses and undergone operative procedures within two days of admission. They, to their knowledge, are the first researchers to use a nationally representative sample to identify EGS procedures.