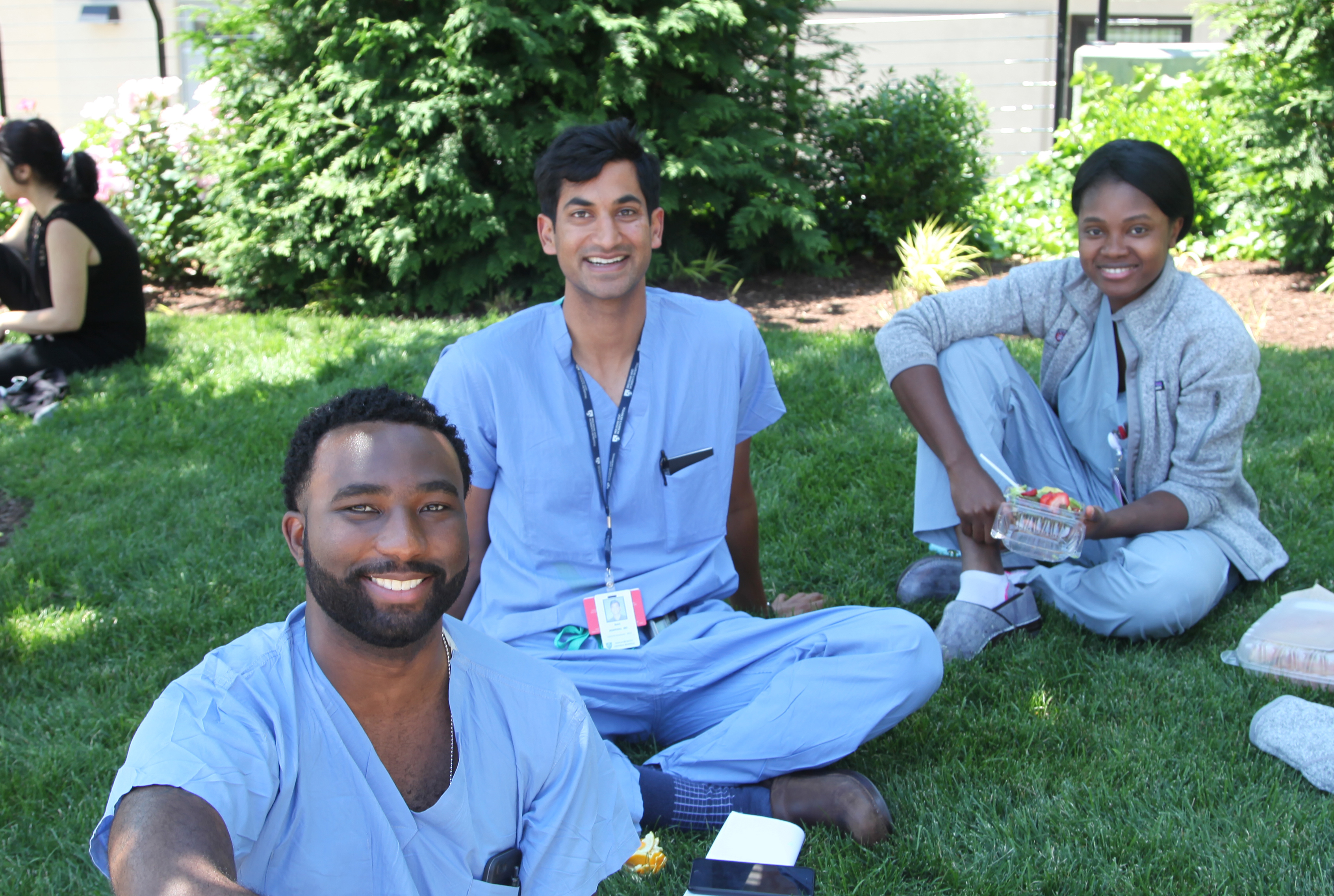 At its core, a hospital is a place of healing—and that was truer than ever this week as the Brigham community began to recover from the recent strain of a narrowly avoided nursing strike.

“The past two weeks have been challenging for all of us, but we have come together in an extraordinary way,” Nabel said, speaking at a press conference in front of 15 Francis St. on Monday. “We will go forward together—caring for patients as one team.”

The hospital hosted picnics for employees working that afternoon and evening. From physicians to nurses to researchers to administrative and front-line staff, thousands of BWHers took a few moments Monday to enjoy food and music in Stoneman Centennial Park or to pick up a boxed meal in the lobby.

BWH swiftly returned to business as usual this week, following efforts to reduce capacity to 60 percent in anticipation of a strike, said Ron M. Walls, MD, BWHC’s chief operating officer and executive vice president. As of Thursday morning, the inpatient census had reached 561, up from about 360 patients on Monday, and 82 cases were booked for the operating rooms, up from 40 cases on Monday. The Brigham also accepted patients back who had been preemptively transferred last week and wished to return. Walls said he expected most parts of the hospital to return to full occupancy by the end of this week.

“We’re ramping up very quickly,” he said. “We’re very proud of the enormous work done by our care and administrative teams and the successful response that we achieved. We are also very grateful to all of the other hospitals and providers in the Partners HealthCare system and in the broader community who helped us through this difficult time.”

Boston Mayor Martin J. Walsh—who was instrumental in helping both sides reach an agreement on the contract—also spoke at the press conference, expressing his relief that hospital operations had not been disrupted by a work stoppage.

Walsh noted his special, personal connection to the Brigham. In addition to having family members treated here, Walsh received radiation treatments for Burkitt’s lymphoma as a child at the Peter Bent Brigham Hospital.

“We had some great days here and also some sad moments, and during those sad moments, the staff of this hospital hug you and treat you like family,” he said. “I want to thank this great hospital for continuing to do that.”

The mayor also underscored the need to process the difficult emotions of the past few weeks and focus on the road ahead.

“Dwelling on hard feelings isn’t going to resolve anything long term,” he said. “It’s difficult to move on the next day, but over the coming weeks and months, people will be able to and keep that dialogue going.”

The BWH community has endured challenging events in the past, but employees have repeatedly come together with a unity of purpose: keeping patients and their families at the forefront, Nabel said. She is confident that same resilience and shared support will resurface over the coming weeks.

View more photos from the picnic in this online gallery.