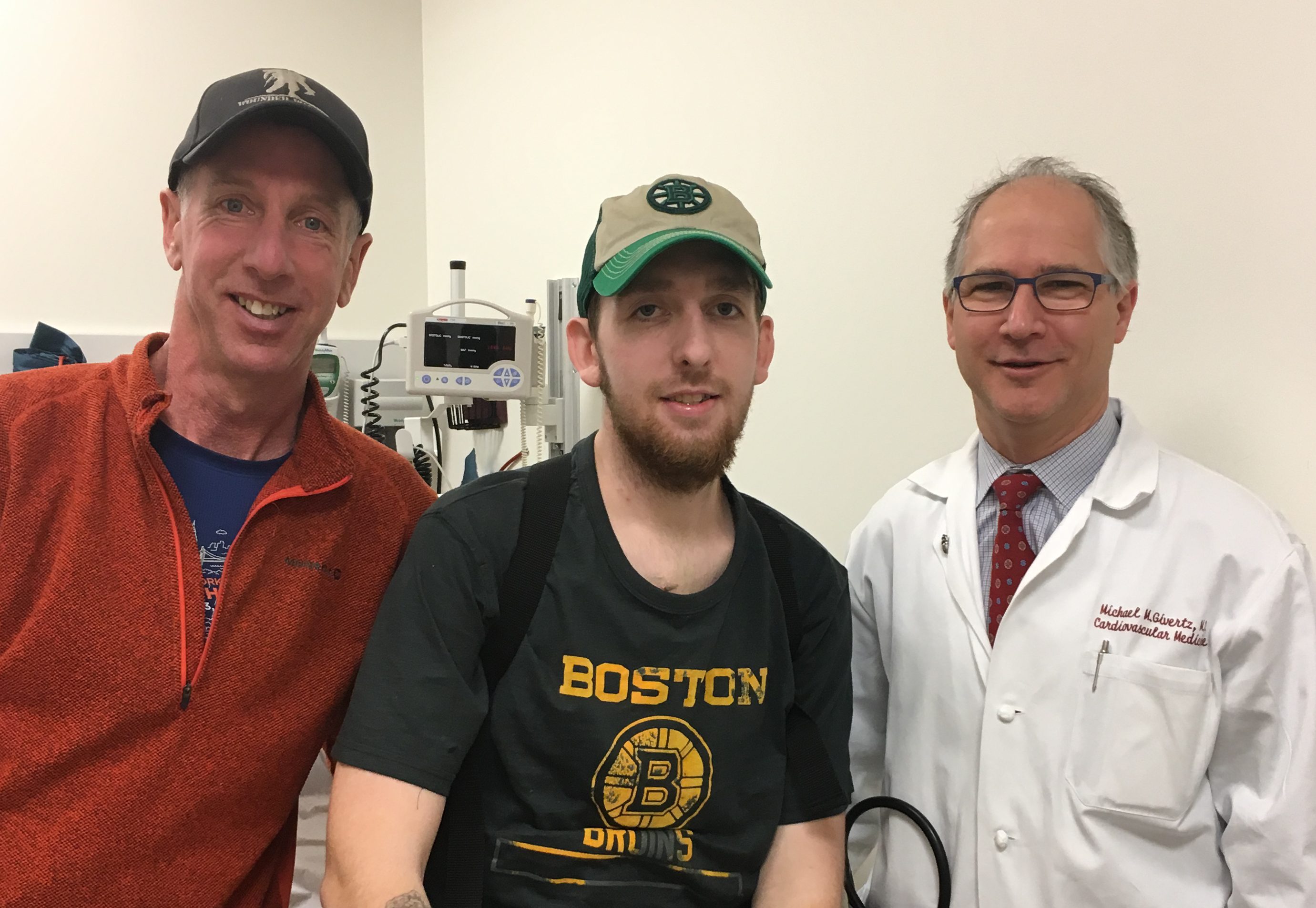 Conor Sullivan, 22, an airman first class in the U.S. Air Force, was on duty at his base in Arkansas a few months ago when he first noticed he wasn’t feeling well.

There was a cough he couldn’t shake, and he had difficulty catching his breath. Sullivan, an aircraft mechanic at the Little Rock Air Force Base, figured he was just coming down with a bug. After all, it was February—the height of flu season—and Sullivan had otherwise been in good health his whole life.

But soon, he couldn’t keep most of his food down. He left work one day to go to the emergency room at a local hospital in Little Rock—a decision that saved his life. There, physicians told him that he was suffering from severe heart failure.

“It was a shock,” said Sullivan, who grew up in Dorchester and Weymouth. “I thought, ‘Wow, I have to deal with this now.’”

Sullivan was transported by a med-flight aircraft on March 7 directly to the Brigham, where his care team determined he would need surgery to implant a left ventricular assist device (LVAD) while he awaits a heart transplant. Sullivan is participating in a clinical trial to test the next generation of LVADs, known commercially as HeartMate 3. More than 1,000 patients are expected to be enrolled across 59 study locations in the United States.

Michael Givertz, MD, medical director of BWH’s Heart Transplant and Mechanical Circulatory Support Program, remembers getting an urgent call from the Arkansas hospital that weekend about the young man with new onset heart failure and dilated cardiomyopathy: an enlarged, weakened heart. Sullivan arrived at the Brigham just as Givertz was coming on service that Monday night.

“He was clearly quite sick,” Givertz recalled. “He became very symptomatic with any movement or activity—he had no cardiac reserve.”

‘A Bridge to Transplant’

With young patients who don’t have a pre-existing heart condition, there is a greater chance that medication alone can lead to a full recovery, without the need for an LVAD implant or heart transplant, Givertz said. But certain aspects of Sullivan’s sickness made the team less optimistic this would be the case. The LVAD would likely be “a bridge to transplant instead of a bridge to recovery,” Givertz explained.

“His heart was already enlarged, and there was evidence of scarring on the heart biopsy, suggesting this process had been going on longer than we had been led to believe by the symptoms,” he said. “And as we tried to hold off on advanced therapies, Conor ended up getting sicker.”

Ten days after he arrived at the Shapiro Cardiovascular Center, Sullivan was wheeled into surgery to receive the LVAD. As part of the clinical study—currently in the pivotal trial phase—Sullivan was randomly chosen to receive the newest type of LVAD available in the United States while he waits for a donor heart.

Although the HeartMate II, the second-generation model, is considered safe and effective, it has some uncommon but serious complications, Givertz said. These include hemolysis—the destruction of red blood cells—and blood clots. The HeartMate 3 has been used in Europe since 2014, with initial data suggesting it is less likely to cause such issues, he explained.

It’s still unclear what caused Sullivan’s heart failure, Givertz says. After a number of diagnostic studies, the team was unable to pinpoint a cause. Givertz suspects it could have been caused by a viral illness, which, in rare cases, can unexpectedly lead to heart disease as the body fights off the initial illness.

Sullivan says the dedicated, expert care he has received from cardiologists, cardiac surgeons, anesthesiologists, nurses and other members of the team made him confident he was in good hands before, during and after his surgery. As Sullivan recovers with family in the area, he continues to have his progress monitored at BWH.

“I feel like my providers are definitely on my side,” Sullivan said. “When I was in the hospital, there wasn’t a day when I was wondering, ‘Am I going to see the team today?’”

One Response to “Change of Heart: Cardiac Patient Awaits Transplant With Aid of LVAD”